Democratization of Data Collection in the Blockchain Age
สารบัญ
What Blockchain’s Transparency Can Do About This?
Safeguarding Our Most Sensitive Data
Reforming Ethical Supply Chains
Enabling Individuals Access Financial Resources
The Beginning of Revolutionized Data Collection
Crypto Basics

Democratization of Data Collection in the Blockchain Age

One of the greatest upsides of blockchain tech has been its ability to enable secure collaborative initiatives among multiple parties from a set of decentralized data. Learn more! 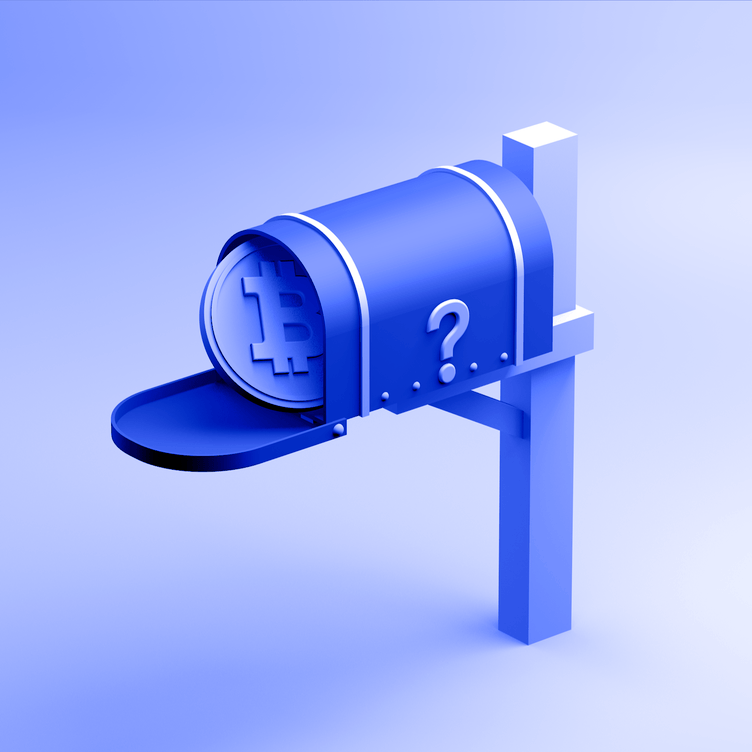 The influence that data centralized online platforms can exert, thanks to their access to users' personal data cannot be understated. It is true that any free platform needs to benefit off of its users in some fashion, but the amount of control that these companies have gained over the years is unfathomable. The kind of information they hold, if misused, can subject users to a whole lot of scams, endanger lives, determine political polls, and even rig elections. At this point, it’s out of question that all this has enabled these companies to pose a potential threat to the functioning of our society.

Over the years these tech companies have been accused and even proved of questionable practices at large. Due to this, in 2020, Big Tech was placed under the microscope by lawmakers and civil and consumer rights groups.

Many news outlets including The Wall Street Journal have reported on how applications share user information with Meta. It is also been revealed that Amazon has been scooping up data from individual sellers on its platforms and using it to introduce its own competing products in the market. Amazon’s Jeff Bezos, Facebook’s Mark Zuckerberg, Apple’s Tim Cook, and Google’s Sundar Pichai have been virtually testified before congress about Silicon Valley’s alleged monopoly power.

Meta (previously known as Facebook) is a prominent player in the league of data collection. The company reaches 3.6 billion people each month via its various products like Facebook, Instagram, Messenger, and WhatsApp. The most obvious means of data collection for Facebook is to use the information that users make available on the social site. The company is known for collecting biometric data from the phones of the user base. From accessing data from other websites via Facebook pixel and allegedly accessing personal data from WhatsApp to pushing the limits of data collection laws, Meta has been at the forefront of processing personal data lately. This follows the Cambridge Analytica scandal of 2018, where it was suggested that information saved from Facebook was used to influence the American election.

What Blockchain’s Transparency Can Do About This?

One of the greatest upsides of blockchain tech has been its ability to enable secure collaborative initiatives among multiple parties from a set of decentralized data. People have also called this “democratization” of data because anyone who’s part of proper permission protocol has access to that data chunks on a blockchain.
As outlined by the University of Saskatchewan, blockchain can explicitly show what information bit is shared by a user, who can access it, and by what means. The research, however, in the report is based on a travel booking platform but it rightfully demonstrates blockchain's ability to allow the users to share data in the safest possible protocols without losing ownership of it. This system even allows users to receive incentives for sharing their data with fellow users depending on their confidentiality preference.
The foundation of this system is built on smart contracts. These contracts can automatically verify and execute the granted terms of use of the data and then transfer crypto tokens as a reward to the said user. The smart contracts require standard security protocols to be deposited from both parties involved in the sharing/transaction of the data, incentivizing all participants to adhere to their share of scrutiny. Essentially, this is a decentralized system that only allows the user to share their data with those with who they really want to share it.

Not only does it allow the users to incentivize their own personal data, but it also instills more transparency in regards to who can collect this information. As more simplified regulations are being implied, controlling data collection, this transparency would be crucial to preventing the Big Tech from monopolizing public data.

We're in a trust crisis globally that’s not just affecting financial services, but many sectors of our daily work and personal lives. The fact that blockchain is capable of actually embedding the trust which has gotten lost in the liberation of many resources is good news to those who are the flag bearers of decentralization and transparency.

The conversation around the benefits of decentralization in the blockchain age has just started. Despite that, there are many areas that have witnessed the dream coming true.

Safeguarding Our Most Sensitive Data

It’s not a surprise that there is a lovely opportunity for a marriage between AI and blockchain technology. Healthcare is the one that excites us the most.

Our DNA is the most sensitive form of data we hold ownership of in many respects. With blockchain, we can share that data with fool-proof security and control. There are many groups of the population, particularly the ethnic tribes, where there's an insane lacking of data around certain deformities and medical conditions.

Through blockchain, we can encourage more people to feel safe sharing their DNA information where it can then be mined carefully leveraging the advances in machine learning and AI to get nuanced data insights. It’s a powerful set of code in terms of control, security, followed by insight generation.

One of the most advanced applications for blockchain technology is the supply chain. Wonder how it’s a natural fit? Because of its ability to build transparency into the chain so that the participants across different channels can see where goods are at any given moment. The most flawless feature of blockchain in this regard is that, even though supply chains are often multifaceted, we can effectually track and trace goods from one point to another in real-time.

Blockchain, when it comes to fair trade and ethics, can enable us to literally drive from farm to fork and attest provenance at every stage.

Gone are the days of meaningless procuration of goods. Nowadays people want to buy and work with organizations that hold a moral compass and have their values are aligned. Blockchain allows organizations to be truthful and transparent with their customer base and proudly say ‘This is where everything is coming from.

Another application of blockchain transparency relates to financial inclusion. Blockchain, when combined with AI, can provide identification history and financial credit history. In regions like Africa and other third world countries where individuals have never had access to this kind of benefits before. This can help people establish credit and use the benefits of public financial services like the rest of the world.

Often, people living in underdeveloped regions have no means to show that they've got financial credibility to reach out to traditional financial institutions and take support from loan mechanisms. Because AI and blockchain have made it easy for us to use unstructured data, we are able to do very pragmatic things, for example, using SMS text messages to form a credit history and digital identity of the people of a certain region. All this can one day lead to transition into more traditional financial mechanisms.

The Beginning of Revolutionized Data Collection

The problems associated with the Big Tech controlling our information are not going to vanish themselves. At least, not until new set of principles dictates how these online platforms must behave. The most obvious solution is rigorous regulations for sure, but blockchain offers many alternatives that can be used as straight-up problem-solvers globally.

This is just the beginning and the technology that is being developed could form the bedrock of a much fairer, transparent internet. The potential that blockchain has to revolutionize data collection for far bigger, and better causes is intriguing. Eliminating human trafficking by tapping into the dark channels to identify individuals involved in the practice; using perceptive media to create experiences that are adaptive and personalized for the AR and VR usage; transforming the baseline of medical research; creating jobs and expanding revenue streams for the workers working under strain; are some of the benefits of the advancing tech.
This article contains links to third-party websites or other content for information purposes only (“Third-Party Sites”). The Third-Party Sites are not under the control of CoinMarketCap, and CoinMarketCap is not responsible for the content of any Third-Party Site, including without limitation any link contained in a Third-Party Site, or any changes or updates to a Third-Party Site. CoinMarketCap is providing these links to you only as a convenience, and the inclusion of any link does not imply endorsement, approval or recommendation by CoinMarketCap of the site or any association with its operators. This article is intended to be used and must be used for informational purposes only. It is important to do your own research and analysis before making any material decisions related to any of the products or services described. This article is not intended as, and shall not be construed as, financial advice. The views and opinions expressed in this article are the author’s [company’s] own and do not necessarily reflect those of CoinMarketCap. CoinMarketCap is not responsible for the success or authenticity of any project, we aim to act as a neutral informational resource for end-users.
9 people liked this article

Crypto Basics
Who Is Satoshi Nakamoto?
There's a lot we don't know about Satoshi Nakamoto — but does unmasking the creator of Bitcoin even matter?
โดย Decentralized Dog
1 year ago
1ในการอ่าน
Crypto Basics
3 Minute Tips: Avoiding Common Crypto Scams on Telegram
Telegram is one of the go-to platform for discussing anything crypto, but it has also attracted unwanted attention from scammers. Find out how you can identify crypto scams and stay safe on Telegram.
โดย Daniel Phillips
11 months ago
4ในการอ่าน
Crypto Basics
Monetize Everything: The Difference Between Play, Move, Watch, and Create-to-Earn
After the rampant success of Play2Earn, a variety of additional X-to-Earn paradigms have now appeared. In an era where anything can be monetized, here’s what you need to know to catch up.
โดย Daniel Phillips
2 months ago
11ในการอ่าน
See all articles