Crypto News, May 17: Do Kwon’s Got a New Proposal, Portugal to Tax Crypto

Do Kwon published part two of his revival plan for Terra, which will go to a vote tomorrow. Portugal leaves crypto bulls feeling rugged after it announced that crypto taxes are coming. 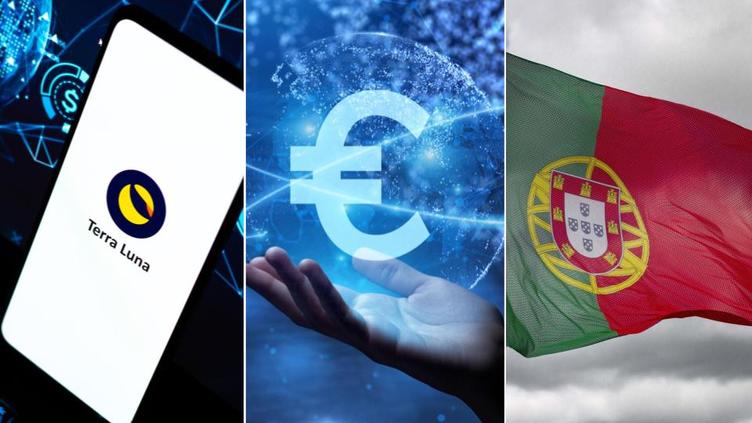 Portugal to Tax Crypto in the Future 😤

Portugal could turn from a crypto tax haven to an “also-ran” in the future after the country’s finance minister announced plans to tax crypto. Although Portugal rapidly grew in popularity in the industry thanks to its lack of regulation, the country could impose a tax as high as 28% on capital gains from cryptocurrencies. Further taxes on income and transactions are also up for discussion. However, local insiders don’t expect those plans to come into fruition in the next two years.

Do Kwon followed up his “revival plan” with a second part that puts a hard fork to a community vote. The community will vote on a split between Terra Classic and Terra. The new Terra chain would be fully community-owned and an airdrop would happen based on snapshots before the UST implosion and at the end of May. Doubts remain whether this plan would really be the best solution for retail users.

China Puts Itself Back on the Bitcoin Mining Map 📈

China is back to being the second-biggest hub for Bitcoin mining globally. According to Cambridge data, its hash rate is second only to that of the U.S., despite Bitcoin mining being officially banned in the summer of 2021. Kazakhstan, Russia and Canada are other major mining hubs.

ECB Member Lobbies For Digital Euro, Could Come in 2026 💶

An executive board member of the European Central Bank lobbied for a digital euro in a keynote speech in Dublin. Fabian Panetta said that a digital euro could raise Europe’s strategic autonomy and that public money is the safest form of money. According to the ECB’s current roadmap, a CBDC could come in 2026.

Twitch co-founder Kevin Lin raised $24 million for his Web3 gaming firm Metatheory, which is developing the sci-fi game DuskBreakers. The round was led by Andreessen Horowitz with participation from several major crypto VC funds. Investors across the board were full of praise for Lin and his team. DuskBreakers is to be released later in 2022.
This article contains links to third-party websites or other content for information purposes only (“Third-Party Sites”). The Third-Party Sites are not under the control of CoinMarketCap, and CoinMarketCap is not responsible for the content of any Third-Party Site, including without limitation any link contained in a Third-Party Site, or any changes or updates to a Third-Party Site. CoinMarketCap is providing these links to you only as a convenience, and the inclusion of any link does not imply endorsement, approval or recommendation by CoinMarketCap of the site or any association with its operators. This article is intended to be used and must be used for informational purposes only. It is important to do your own research and analysis before making any material decisions related to any of the products or services described. This article is not intended as, and shall not be construed as, financial advice. The views and opinions expressed in this article are the author’s [company’s] own and do not necessarily reflect those of CoinMarketCap.
12 people liked this article

Bitcoin
Top Democrat Orders Sam Bankman-Fried to Appear in Front of Congress Next Wednesday
The chair of the House Financial Services Committee has taken flak for trying to woo FTX's ex-CEO to Washington, D.C. to testify about his companies' collapse. But the gloves are coming off.
โดย Ivan Cryptoslav
47 minutes ago
4ในการอ่าน
Bitcoin
Bitcoin Could Drop Another 70% to $5,000 in 2023, Standard Chartered Warns
It's a long-shot scenario in the global bank's annual set of long-shots, which calls out scenarios its analysts believe have a "non-zero" chance of coming true.
โดย Ivan Cryptoslav
53 minutes ago
3ในการอ่าน
Bitcoin
Goldman Sachs 'Plans to Snap Up Crypto Firms at Bargain Prices'
Although the bank is currently performing due diligence on a number of crypto firms, Goldman was tightlipped on which projects are in Goldman's crosshairs.
โดย Ivan Cryptoslav
59 minutes ago
1ในการอ่าน
See all articles