Crypto investors in Europe could be affected by a new clampdown, El Salvador imposes a state of emergency, and Ukraine launches a virtual museum of NFTs. 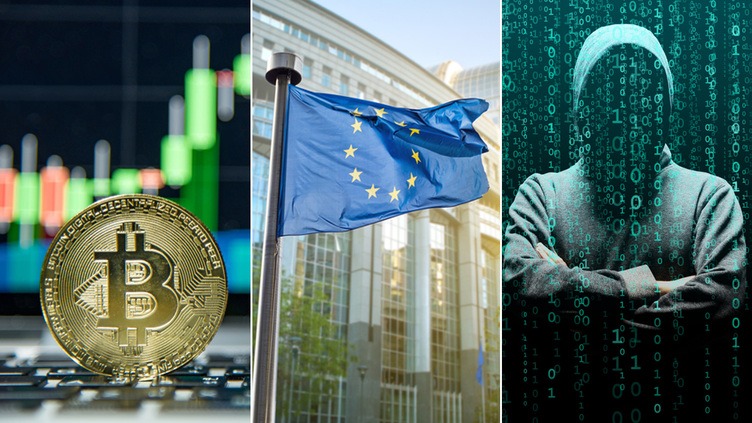 Bitcoin surged dramatically on Sunday night — rallying from $44,795 to highs of $47,317 in just four hours. The world's biggest cryptocurrency has now wiped out the losses seen so far this year — fully recovering from lows of $33,184 seen in January. Bloomberg Intelligence analyst Mike McGlone has predicted that "the 2022 dip may be done" for BTC — and that it's poised to outperform the tech-heavy Nasdaq 100 "in most scenarios." There's a sea of green across major altcoins — with Ether, Binance Coin, XRP, Cardano and Solana also making gains. In the short term, Bitcoin's biggest test will be holding current prices above $47,000. Beyond that, analysts now have their sights set on $50,000 — a level that hasn't been seen since late December.

Just 18 out of 1,500 major cryptocurrencies are fully secure, according to damning new research given to CoinMarketCap. Many projects lack insurance, a bug bounty program, and use code that hasn't gone through a security audit. It's also emerged that 20% of projects have failed to fix critical security bugs identified through an audit — potentially putting users in danger. Hacken Scout enlisted the help of 111 cybersecurity enthusiasts to perform a comprehensive audit of the DeFi sector in return for a financial reward. CER.live, which verified their work, said the findings show there are "serious security issues" in the Web 3.0 space, adding: "Projects still undervalue cybersecurity although it is one of the main factors impacting users’ investment decisions."

European politicians are proposing a crackdown on unhosted wallets that could cause huge problems for crypto investors. The measures mean exchanges would have the impossible task of verifying who owns an unhosted wallet whenever a transaction takes place. Patrick Hansen, Unstoppable DeFi's head of strategy, fears major platforms would stop their users from transacting with unhosted wallets in order to stay compliant. Another provision would mean that an exchange would have to inform the authorities every time one of their users receives more than €1,000 from an unhosted wallet — even if there is no evidence to suggest that money laundering is taking place. According to Hansen, this amounts to "an absolute violation of privacy rights." The Economic and Monetary Affairs Committee is set to vote on these provisions on Thursday.

El Salvador has sought to position itself as a paradise for crypto investors after becoming the first country in the world to make Bitcoin legal tender. But over the weekend, the Central American nation declared a state of emergency after a spike in killings on the streets. At least 62 murders were reported on Saturday alone — many of them gang-related — on the most violent day seen in El Salvador for 30 years. The new emergency measures will be in place for 30 days — meaning communications may be monitored, and some public gatherings will be restricted. It's unclear whether this will result in further delays to the planned launch of Nayib Bukele's Bitcoin-backed "volcano bonds."

Ukraine has launched a virtual museum of non-fungible tokens that document Russia's invasion. "Meta History Museum of War" features NFTs that document the conflict day by day. Tweets from news sources, politicians and government departments are accompanied by pieces of artwork. All of the funds raised through the sale of these NFTs will go to Ukraine's army and civilians — and it's hoped the collection will also "preserve the memory of real events." Going forward, Meta History says that NFTs will be created in chronological order, with artists from Ukraine and around the world making contributions "from its full outbreak to the moment of Ukrainian victory celebration." Initially, NFTs documenting the first three days of the invasion are going to be sold on March 30 for 0.15 ETH each.
14 people liked this article

Crypto News
Seth Green Reunited With Stolen Bored Ape NFT… But It Cost Him 165 ETH
The actor has been scrambling to get Bored Ape #8398, who he calls Fred, back in his wallet.
โดย Connor Sephton
1 month ago
1ในการอ่าน
Crypto News
What’s Russia Up To? A Weekly Russian Crypto News Recap
Taking a glance into Russia and crypto this week, we see that while the government wants to track more crypto transactions, one Russian court is actually pretty BTC-friendly.
โดย Andrey Sergeenkov
11 months ago
4ในการอ่าน
Crypto News
Crypto Won’t Survive Another 10 Years without Regulation, SEC Warns
Gary Gensler warned that a $2 trillion industry cannot survive in the financial markets without a regulatory framework.
โดย Leo Jakobson
11 months ago
2ในการอ่าน
See all articles