Plus, the U.S. isn't happy about Fidelity adding BTC to 401Ks, and Coinbase NFT is just getting started. 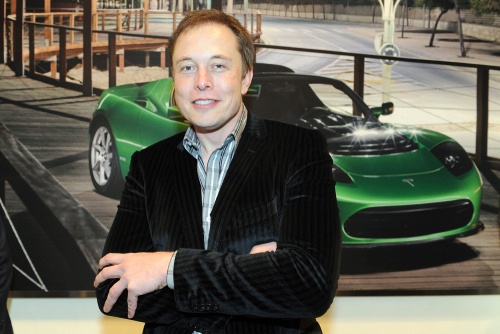 Since 2018, the world's richest man has been required to seek approval for tweets about Tesla from the company's lawyers. That was part of an agreement reached with the SEC as punishment for tweeting that he had "funding secured" to take Tesla private.

Shares in the electric vehicle manufacturer surged at the time — and regulators accused the billionaire of misleading investors. Now that Musk is on the brink of buying Twitter in a $44 billion deal, it's clear that he really doesn't want to be restricted in what he can post on his own site.

But unfortunately for him, a court threw out his request — meaning his legal team will still need to scrutinize his musings. Despite all of this, it hasn't stopped Musk from tweeting about Tesla.

The U.S. Labor Department has warned that it has "grave concerns" over Fidelity's plan to allow Americans saving for their retirement to invest in Bitcoin.

Ali Khawar, a senior official within the administration, told The Wall Street Journal that he fears the move could put the funds of everyday consumers at risk. He warned the newspaper that there's "a lot of hype around 'You have to get in now because you will be left behind otherwise.'"

Fidelity's move means that 23,000 companies will now have the option to add Bitcoin to the menu of investments that their employees can invest in.

Panama has approved a law that will legalize crypto transactions.

However, the country isn't planning to follow in the footsteps of El Salvador and the Central African Republic by adopting Bitcoin as legal tender. The new law means that citizens will be able to pay their taxes using digital assets — and the Central American country, already regarded as a hub for offshore financial services, could end up attracting crypto businesses.

By contrast, OpenSea — the world's largest marketplace for non-fungible tokens — had trading volume of $92.46 million over the past 24 hours, DappRadar data shows.Such comparisons between OpenSea and Coinbase NFT might be unkind at this stage.

When the new marketplace was unveiled, Coinbase stressed that this shiny new product was in the beta stage. A limited (and unknown) number of people from a waitlist have been invited to give the platform a go.

Crypto News
FTX Asks To Subpoena Sam Bankman-Fried, His Family and Top Lieutenants
The executives and lawyers seeking to unwind FTX's abysmally recorded assets have complained that they are getting no cooperation.
โดย Leo Jakobson
6 hours ago
3ในการอ่าน
NFTs
NFT Contest in Nike's Web3 Venue .Swoosh Offers Designers Access and Royalties
The virtual sneaker design contest will pair winners with Nike designers to create virtual kicks that could be dropped with its first NFT drop.
โดย Leo Jakobson
6 hours ago
2ในการอ่าน
Crypto News
FBI Hacks Hive Ransomware Gang, Saving 300 Victims $130M
The FBI infiltrated the Hive network in July, stealing decryption codes for some 1,300 old and new attacks, as well as contributing to a sizable drop in ransomware payments in 2022.
โดย Leo Jakobson
6 hours ago
4ในการอ่าน
See all articles