Here’s everything you need to know about crypto’s favorite market leaders. 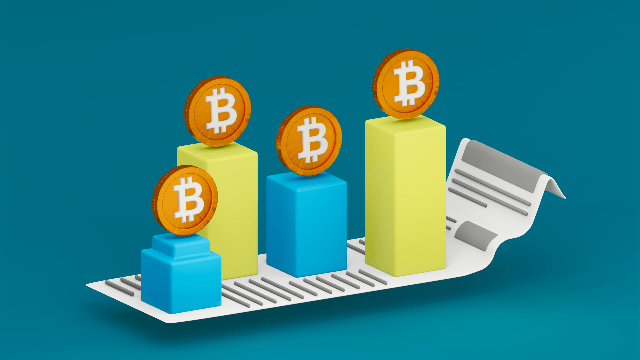 Whether you’re new to the crypto space or just want a deeper understanding of crypto, we’ll be covering the key features of Bitcoin and Ethereum in this article – as well as the differences in function and purpose between both currencies. Here’s everything you need to know about crypto’s favorite market leaders.

First on our list is the historical market leader itself. Launched as an independent entity without the need for a central authority to facilitate transactions, Bitcoin has been the big name in crypto since it was founded in 2009, by the infamous Satoshi Nakamoto.

No, we don’t know who Satoshi is either. But we do know that his baby was created to give people the ability to manage currency outside the control of any government, bank, or financial institution.

Bitcoin is intended to function as a peer-to-peer medium of exchange and a form of digital money that stands alone, fully eliminating the need for third-party involvement.

It was also the first cryptocurrency based on decentralized ledger technology, also known as the blockchain.

Bitcoin was the first of its kind and grew in popularity for many reasons, with one main reason being how safe it is. Mining & consensus processes ensure that scammers actors can’t alter other users’ balances or spend their funds twice, and the network itself has enjoyed very minimal downtime.

While BTC started off as a medium of exchange, it was also adopted as a store of value.

Ethereum’s white paper was published in 2013, roughly five years after Bitcoin began its climb. Vitalik Buterin leads this ship through the use of smart contracts, which are essentially just coded instructions stored on a blockchain that run when predetermined conditions are met. They are automated and reliable and require no third-party involvement, making them as decentralized as it gets.

They also allow for the creation of decentralized applications (DApps) and serve as a very healthy network overall. It is why a variety of successful companies like Polygon, Decentraland and Uniswap are running on the Ethereum platform.

Ethereum also has its own programming language called Solidity, which is used to code smart contracts. Thanks to these contracts, the potential applications that can be created with Ethereum are endless. In fact, Ethereum's main use cases may not have even been invented yet, just like how Amazon wasn’t created until a decade after the internet was.

Key Differences Between BTC and ETH

Bitcoin is overarchingly seen as the digital equivalent of gold, meaning its primary use cases are to be a medium of exchange as well as a store of value. Ethereum, on the other hand, is more of a workhorse. It facilitates the creation of future technologies that could help propel crypto into new dimensions of society.

Ethereum actually doubles as a store of value too though, since paying for transactions, creating smart contracts, and using DApps all require users to pay fees in ETH. So then, as the value of ETH went up, people naturally started using the currency as a store of value.

Both Bitcoin and Ethereum are being used as collateral for loans, instead of houses, for example, or to be lent out to earn interest. It is also important to note the time for new blocks of data to be added with each currency. For Bitcoin, the network speeds are at roughly 10 minutes, which might seem pretty good until you compare it to the 12-second speed on ETH.

Either way, we don’t necessarily have a dog in this race, and the market can be quite split about the future of both assets. Both serve different purposes and will have different trajectories, especially due to the immutable nature of Bitcoin, and the recent switch from proof-of-work to proof-of-stake that Ethereum went through. Are you invested in Bitcoin or ETH? Or both? Let us know in the comments!

Marketing
CoinMarketCap Made Simple: A Breakdown of CMC Products & Features
New to crypto? Want to make the most out of what CMC offers? Here is a list of popular features and tools to help you get started!
โดย Daniel Phillips
1 week ago
9ในการอ่าน
CoinMarketCap Updates
Binance CoinMarketCap Top 10 Equal-Weighted Auto-Invest Now Available
You can now use the methods of dollar-cost averaging to invest in the Binance CMC Top 10 Equal Weighted Index.
โดย CoinMarketCap
1 month ago
1ในการอ่าน
Marketing
5 Ways You Can Use CMC-Community to Build a Huge Audience in Record Time
Want to build your crypto audience faster? Benefit from CMC-Community and its wide range of features!
โดย CoinMarketCap
1 month ago
5ในการอ่าน
See all articles