CoinMarketCap analyzes the benefits of Bitcoin mining in Kazakhstan in comparison to other countries and the recent development in the country's laws. 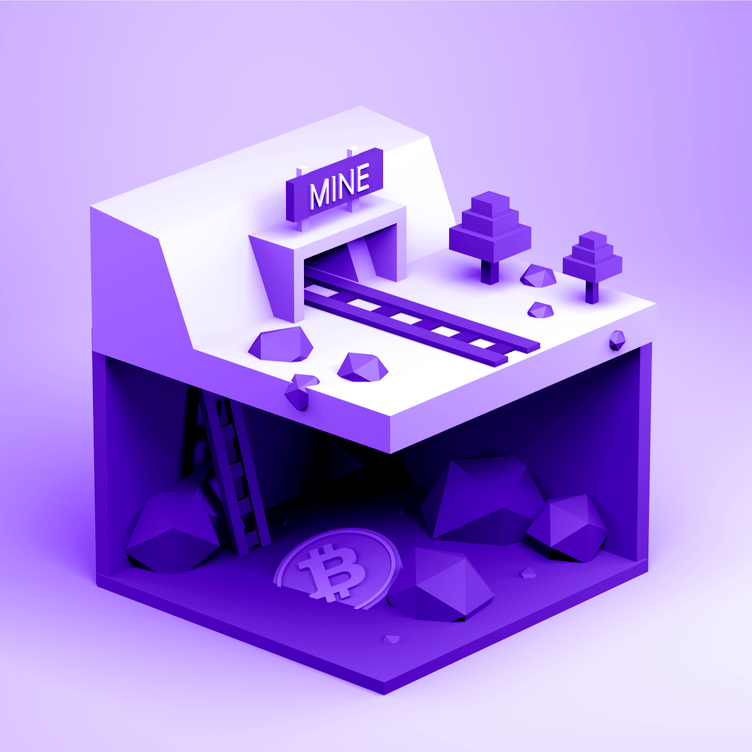 The Bitcoin mining sector is an industry in constant flux, whose significance has grown tremendously over the last year. For many countries, Bitcoin mining is now a significant sector of their economy. Kazakhstan is one of these countries, and Bitcoin mining in Kazakhstan has become big enough to shape the country's policy decisions. CoinMarketCap looks at how it got that far and where it all started.

Arguably, one of the biggest moments for crypto in 2021 was when China announced stricter regulation on mining over carbon emissions concerns. In its effort to get the country to net-zero emissions by 2050, the CCCP eventually banned crypto mining in the country altogether (before going on to ban crypto transactions, too). Even though mining had been on the decline in China before the ban, this still dealt a crushing blow to the price of BTC and caused a seismic shift in the mining landscape.

Miners had to move and move they did: the US was the main beneficiary of the forced miner exodus from mainland China:

Eventually, the United States became the leader in global hash rate, thanks to what Michael Saylor calling a "trillion-dollar mistake" in an interview with Bloomberg. However, the US was not the only country to benefit from the miner exodus: here comes Kazakhstan!

Bitcoin miners are a down-to-earth bunch: they like their electricity costs low and their countries cold (if possible).

Kazakhstan isn't cold, but it has very low electricity costs. That is why the country's share of the global hash rate surged following the China ban: Kazakhstan made up 18.1% of the global Bitcoin network hash rate, according to the Cambridge Bitcoin Electricity Consumption Index.

Source: https://ccaf.io/cbeci/index
Although the data is not the freshest anymore, chances are that not much has changed, and Kazakhstan's share has likely even increased. Much of this can be attributed to Kazakhstan's rich fossil fuel reserves, and the country is 13th for overall consumption of coal.
Although cheap coal powering mining rigs have been a boon for Bitcoin miners, the same cannot be said for the Kazakhstani power grid. Reuters reported in October 2021 that the country's power supply was being disrupted by excess demand, with three major power plants going offline over the course of a week. That prompted Kazakhstan's national grid operator KEGOC to announce new measures and ration or cut off electricity for over-consuming customers. Even though KEOC did not blame miners for this, energy minister Magzum Mirzagaliyev indicated in a September press conference that something funny was going on:

"We have seen that our electricity consumption has literally increased by 7% in one year. That's a very big increase."

Limitations on Mining in Kazakhstan

As a consequence, miners were slapped with a limit of one megawatt per mining facility and 100 megawatts for the entire sector. Furthermore, the country introduced a mining tariff: for every 1 KwH of energy consumed to mine crypto, 1 Kazakhstani Tenge will be charged ($0.0023). Evidently, Kazakhstan saw legalizing and taxing crypto miners as the only way to reconcile the booming industry's benefits with its negative external effects on the country's infrastructure.

The influence of miners on the Central Asian country did not stop there.

After the outages forced the government's hand, it also had to import electricity from Russia, resorting to the "united network," shared power lines that were established during times of the Soviet Union. The extra electricity required would cost the country $1.5 billion and five years if covered by itself. That still wasn't enough, though, leading Kazakhstan to bring back plans of nuclear energy in the country.
President Tokayev said in November that building a nuclear power plant may be an unpopular decision that the government would be forced to make. However, nuclear power has a bad rap in Kazakhstan - a country that was the testing ground for nuclear weapons during Soviet times, with an estimated 1.5 million citizens exposed to fallout in the 50s and 60s. President Tokayev said:

"I myself believe that it's time to substantially consider this issue since Kazakhstan needs a nuclear power plant."

However, whether that is on the table after he survived violent unrest in January 2022 is unclear. After announcing that a price cap on liquified petroleum gas (LPG) was going to be removed, violent protests broke out in Kazakhstan, killing dozens of people. Eventually, the cap was re-installed and the protests squashed with the help of Russian peacekeeping troops. Bitcoin mining rigs, however, went down during the time when the government cut the internet in the country:

It remains to be seen whether President Tokayev has the appetite to announce yet another controversial measure like building a nuclear power plant to accommodate Bitcoin miners. With the hash rate from Kazakhstan presumably back online, the price of Bitcoin did not experience any major effects from the outage.

Bitcoin Mining in other countries

Kazakhstan is not the only country still feeling out its relationship with miners.

Kosovo recently banned miners over similar problems, with the power grid coming under too much strain in the South-Eastern European country. But this is not an issue of less-advanced countries only. Iceland decided to cut its supplies to energy-hungry Bitcoin miners after demand started exceeding its infrastructure's capacities.
Texas is probably the most interesting case. Although the country famously struggled with outages in winter 2021, it also desperately wants to attract Bitcoin miners and has done so quite successfully. The state is walking a tightrope between attracting new business and possibly wreaking havoc with its aging power grid.

Kazakhstan seems equally committed to mining, and it will be interesting to observe if the country can find the balance between economic benefits and risks of this new industry.

Crypto Basics
Will Paraguay Adopt Bitcoin as Legal Tender?
Paraguay is leading the race to become the second country in the world to adopt cryptocurrency as legal tender. Will It Happen Soon?
โดย Hassan Shafiq
6 months ago
4ในการอ่าน
Crypto Basics
How to Buy Dogecoin in 2022?
New to crypto? Want to buy Dogecoin (DOGE) but no one is helping you out? Here is a short guide to buying your favorite crypto! Read more!
โดย Hassan Shafiq
4 months ago
5ในการอ่าน
Crypto Basics
The Ultimate Guide For Top NFT Sports Platforms
NFTs has been on a winning streak lately, and it seems inevitable that sports and NFTs are a match. Here, we dive into some of the top NFT sports platform.
โดย Andrey Sergeenkov
1 year ago
8ในการอ่าน
See all articles