It's fair to say PayPal has been taking a slow, cautious approach to its crypto rollout — but the bear market doesn't seem to be putting the tech giant off. 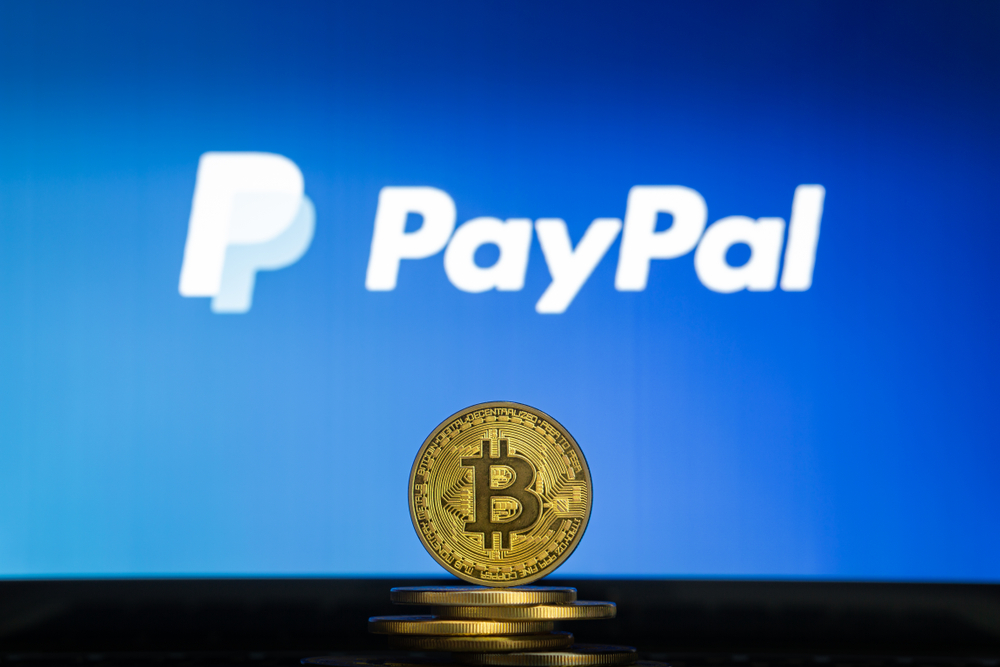 PayPal is ramping up its crypto offering — and will now allow users to move digital assets to other wallets and exchanges.

The payments giant confirmed the news in a statement, giving customers greater flexibility when sending cryptocurrencies to their friends and family.

Although PayPal has allowed users in the U.S. and U.K. to buy and sell crypto for some time, its offering has been limited to four cryptocurrencies: Bitcoin, Ether, Litecoin and Bitcoin Cash.

Another source of frustration has related to how users were unable to transfer their funds to rival platforms such as Coinbase and MetaMask — either to buy other altcoins, or snap up non-fungible tokens.

It's fair to say PayPal has been taking a slow, cautious approach to its crypto rollout. But CEO Dan Schulman, once a vocal skeptic about Bitcoin, believes this sector will be a crucial part of its offering in the years to come.

And this stance has been reaffirmed by PayPal's senior vice president of blockchain and crypto, Fernandez da Ponte, in a new interview with Decrypt.

Despite the current bear market, he doubled down on his assertion that "a substantial amount of commerce is going to move to digital currencies" — and explained that PayPal doesn't charge for crypto transactions because this would undermine its usefulness as a payment method. Da Ponte added:

"There's a lot of discussion about crypto winter, but it’s important to see beyond that. The macro trend [of broad crypto adoption] is undisturbed."

For some, Bitcoin's plunge from $68,700 to $30,000 in a little over six months has served as proof that the cryptocurrency isn't well-suited to everyday payments.

Nonetheless, two countries have now adopted BTC as legal tender — the latest being the Central African Republic — and new retailers are opening their doors to crypto transactions on a regular basis.

One of the latest was Gucci, which recently announced that crypto payments will be welcomed at all of its American stores by the end of the summer. A growing number of high-end designer brands have been following suit here, too.

For merchants, the biggest challenge associated with accepting crypto can be overcoming technical barriers to entry — and the accounting headaches associated with receiving revenue in crypto.

Many crypto payment providers get around this by ensuring that transactions can be immediately converted into fiat at the point of purchase if a merchant wishes.

Other innovators looking to make Bitcoin a bigger part of the retail world is Strike, which wants to deliver fairer terms to consumers and merchants alike — and lower fees.

During the Bitcoin 2022 conference in Miami, Strike's CEO Jack Mallers argued that the technology used by merchant banks and payment processing companies is antiquated and hasn't been meaningfully updated for decades.

He's planning to unveil a network that would allow BTC to be accepted at hundreds of thousands, if not millions, of point-of-sale devices across the States.

Of course, Visa and Mastercard — both companies that are aggressively looking into digital assets — would push back on claims that their tech is outdated.

Bitcoin
BREAKING: BlockFi Files for Bankruptcy as Crypto Contagion from FTX's Collapse Spreads
BlockFi's demise is unmistakably linked to the implosion of FTX, with the company confirming that work will continue to recover funds that remain tied up in the doomed exchange.
โดย Connor Sephton
15 hours ago
3ในการอ่าน
Bitcoin
CoinMarketCap News, Nov. 28: Trouble in Paradise? Bahamas Denies FTX Bankruptcy Will Hurt Country
The attorney general of The Bahamas defends the country, and its regulators, in a 23-minute address to the nation.
โดย Connor Sephton
16 hours ago
3ในการอ่าน
Bitcoin
Podcast: The Bahamas Speaks Out After FTX's Collapse
"Any attempt to lay the entirety of this debacle at the feet of The Bahamas, because FTX is headquartered here, would be a gross oversimplification of reality."
โดย Connor Sephton
16 hours ago
1ในการอ่าน
See all articles