The 79-year-old was the first Indian actor to embrace NFTs and his collection broke sales records, but he has come under scrutiny from tax officials. 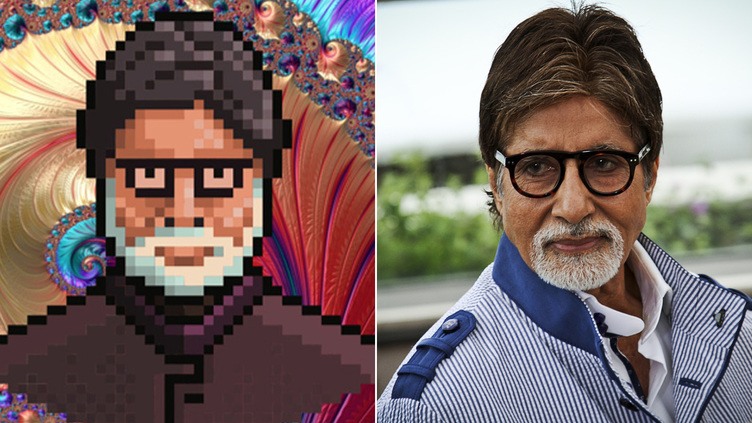 Bollywood giant Amitabh Bachchan has paid over 1 crore ($131,000) in taxes as part of an investigation into his NFT sales.

The 79-year-old — a legend of Indian television and cinema — has faced scrutiny from tax officials since a big-money auction last year.

His bill is linked to the fact that an 18% Integrated Goods and Services Tax is slapped on the sale of non-fungible tokens.

Bachchan settled the bill after a notice by the Directorate General of Goods and Services Tax Intelligence, but an investigation continues.

The star's range of NFTs included the actor reciting Madhushala, a famous series of poems that were written by his father.

Digital posters and images were also offered to fans through the auction on BeyondLife.club.

He said the sale was a "proud moment" that paves the way for fellow stars to engage with their fans in new ways, adding:

"In this world of digitization, NFTs have opened a new realm of opportunities to engage with my fans even more than before. The successful auction of my NFTs, some of the most treasured and personal moments of my life and career were so well received and invested in by my supporters."

The number of investigations into investors who trade or own cryptocurrencies and non-fungible tokens is rising in India.

It comes after finance minister Nirmala Sitharaman set out proposals for the taxation of digital assets in parliament.

Later this year, all cryptocurrency gains are going to be subject to a 30% tax — putting digital assets in the country's highest bracket. Airdrops of coins and NFTs would also fall under this category.

Every crypto transaction will also command a 1% levy — a measure that could dramatically reduce the volume of trades in the country.

Zerodha founder Nithin Kamath has predicted that crypto volumes in India "will drop off a cliff" when this is implemented — not least because this would substantially eat into an investor's capital.

The government has also confirmed that all of these taxes cannot be offset against other business expenses.

While the new tax regime was initially welcomed by Indian crypto exchanges — who regarded this as a signal that the country doesn't plan to ban digital assets like Bitcoin — Sitharaman has warned these rules shouldn't be seen to give cryptocurrencies legal status.

Some of the new measures appear designed to deter investors from making crypto transactions altogether — and the 1% levy will be prohibitive to speculative traders.

According to CoinDesk, the leaders of some Indian crypto exchanges are considering whether to challenge the government's tax regime in the Supreme Court.

Two years ago, the country's highest court overturned a controversial ban by the Reserve Bank of India that stopped financial institutions from facilitating crypto-related payments.

Crypto News
CoinMarketCap News, Dec 5: Top Democrat Faces Backlash over Tweet to SBF
Some are accusing Maxine Waters of being too friendly with FTX's founder during her attempts to get him to testify in Congress.
โดย Connor Sephton
1 hour ago
3ในการอ่าน
Crypto News
Podcast: SBF Owned 90% of Alameda... Why Doesn't He Know What Happened?
Also today — liquidators at Three Arrows Capital clash with the bankrupt crypto hedge fund's co-founders.
โดย Connor Sephton
2 hours ago
1ในการอ่าน
Crypto News
SBF Vows to Testify in Front of Congress After FTX Collapse… But Doesn't Say When
"Once I have finished learning and reviewing what happened, I would feel like it was my duty to appear before the committee and explain," he tweets.
โดย Connor Sephton
4 hours ago
2ในการอ่าน
See all articles