Paraguay is leading the race to become the second country in the world to adopt cryptocurrency as legal tender. Will It Happen Soon? 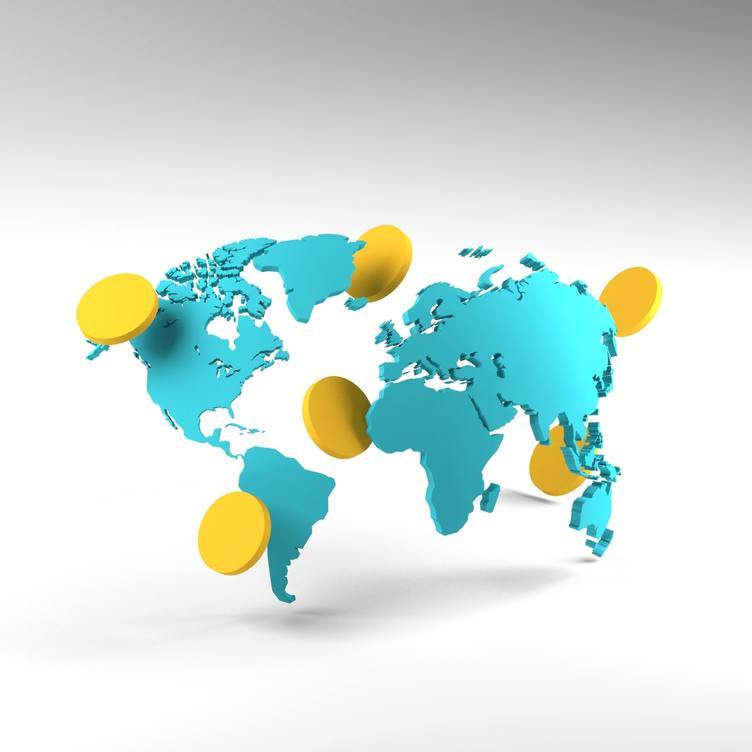 The topic of who will join El Salvador's lead in adopting Bitcoin as the country's legal tender is one that many are debating. The question of whether or not 2022 will be the year when other countries follow the crypto legalization trend is still up in the air.
Without a doubt, 2021 was a watershed moment in Bitcoin's history and journey, with the entire globe watching as a sovereign country adopted BTC as its legal tender.
The crypto community expected other countries, particularly small ones, to follow El Salvador's lead; in fact, the prominent JPMorgan bank argued at the time that there may be a "domino effect" once Bitcoin became a legal currency in El Salvador.

However, four months have passed and no other country has joined the hall of fame yet, despite the fact that certain countries, such as Tonga, have shown clear intentions of copying the Salvadoran model.

Recently, however, an announcement from the ‘CEO’ of El-Salvador (as he calls himself) has sparked a debate of whether Paraguay is set to become the second country to accept Bitcoin.

The tweet does mention two countries, however, for now, the majority of the crypto analysts are pointing towards Paraguay to be the second country in the race of accepting cryptocurrencies.

Here are some reasons why the Paraguayan crypto dream could become a reality in 2022:

The tweet shared above by the President of El-Salvador, Nayib Bukele, is no joke. This is because his authority and the level of connections he has in the political and crypto world are second to none. Many crypto developments promised by El-Salvador’s CEO have come to fruition in 2021, including the legalization of Bitcoin.
Another reason why Nayib might be right is that El-Salvador is a part of Latin America, along with Paraguay and other countries. Nayib’s decision of legalizing Bitcoin in 2021 had a big impact on the world and more so in its surrounding countries. Paraguay may very well be on its way to legalizing Bitcoin in 2022, and this takes us to a much stronger reason why this could happen.

In December 2021, the Senate of Paraguay enacted a law aimed at regulating Bitcoin and cryptocurrency trading and mining in the country.
Senator Fernando Silva Facetti, a bill co-author, said on Twitter that the law will be debated in the Chamber of Deputies of Paraguay in 2022. The bill in Paraguay does not make bitcoin legal tender. However, it does hint at tighter regulation from the country's officials when it comes to bitcoin mining, as well as an overarching goal of protecting investors from businesses that provide bitcoin services.
Paraguayan Congressman Carlitos Rejala told Bitcoin Magazine: “With this we want to welcome the innovation of cryptocurrencies in Paraguay to the world”

“This is the result of a very strong and arduous teamwork of many experts in the field, both local and foreign.”

“While El Salvador’s final bill was just a few pages of text representing easily the most favorable, accommodating Bitcoin legalese ever passed, the early draft of Paraguay’s legislation set a different tone”

3. Adoption of Cryptocurrencies in Latin America

Since the acceptance of Bitcoin in El-Salvador as legal tender, a tsunami of cryptocurrency acceptance has been witnessed in the world, especially in Latin America. Countries like Brazil and Tongo are also on the verge of accepting Bitcoin as legal tender.

According to one of Tonga's former MPs, the Polynesian island is preparing to make Bitcoin an official tender.

In a series of tweets, Lord Fusitu described the probable move, saying that a ruling very comparable to the El Salvador bill was being worked on.

He unveiled a five-point strategy that saw Bitcoin become legal tender by November.

Tonga's government and financial leaders have yet to officially discuss any plans for incorporating digital assets into the country’s economic model, but Fusitu'a's weight of influence in the area commands enough international recognition for his remarks to be taken seriously.

Several ministers, including Fusitu'a, are crypto fans, which has fueled speculation about Tonga's plans to make Bitcoin legal tender in 2022.

The proposal is similar to El Salvador's move last year when President Nayib Bukele took his country to the brink of Bitcoin adoption by making it legal tender alongside the US dollar.

In addition to Tonga, Brazil is seen as the core hub of cryptocurrencies by major exchanges like Coinbase, Binance and others. Binance told Coindesk: “It is a key strategic market for Binance, for sure. It is the largest market in Latin America in all metrics and with enormous potential; and it is also very important for the company globally,”

Considering this increased interest in the crypto craze in the region of Latin America, Paraguay might be making Bitcoin legal tender in 2022.

The answer to this question depends on world politics and decisions made in Congress when the bill will be debated again in 2022. However, at present, the majority of economists have predicted this bill to pass due to the reasons discussed in this article.
This article contains links to third-party websites or other content for information purposes only (“Third-Party Sites”). The Third-Party Sites are not under the control of CoinMarketCap, and CoinMarketCap is not responsible for the content of any Third-Party Site, including without limitation any link contained in a Third-Party Site, or any changes or updates to a Third-Party Site. CoinMarketCap is providing these links to you only as a convenience, and the inclusion of any link does not imply endorsement, approval or recommendation by CoinMarketCap of the site or any association with its operators. This article is intended to be used and must be used for informational purposes only. It is important to do your own research and analysis before making any material decisions related to any of the products or services described. This article is not intended as, and shall not be construed as, financial advice. The views and opinions expressed in this article are the author’s [company’s] own and do not necessarily reflect those of CoinMarketCap. CoinMarketCap is not responsible for the success or authenticity of any project, we aim to act as a neutral informational resource for end-users.
7 people liked this article

Crypto Basics
How Is Cryptocurrency a Threat to the Traditional Banking System?
In the race of decentralization versus centralization, cryptocurrency is not only replacing the traditional banking system but also the conventional asset classes.
Автор: Andrey Kartsev
год назад
6м
Crypto Basics
The Senate’s Infrastructure Bill: What’s in It for the Crypto Community?
The U.S. infrastructure bill has taken the crypto world by storm — but why does a bill about public spending have so much to do with crypto?
Автор: Lakshman Prabhu
год назад
5м
Crypto Basics
Top NFT Games (Updated for 2022)
NFTs and NFT games are all the hype lately, with prices and number of users skyrocketing – what are some of the top NFT games, and what are the up-and-coming ones to look out for?
Автор: Andrey Sergeenkov
год назад
23м
Все статьи