What Is Solana? A Guide to Solana's Ecosystem

CoinMarketCap Alexandria takes a look at promising layer-1 blockchains and their most interesting protocols. Fasten your seatbelts as we look at super-fast Solana today! 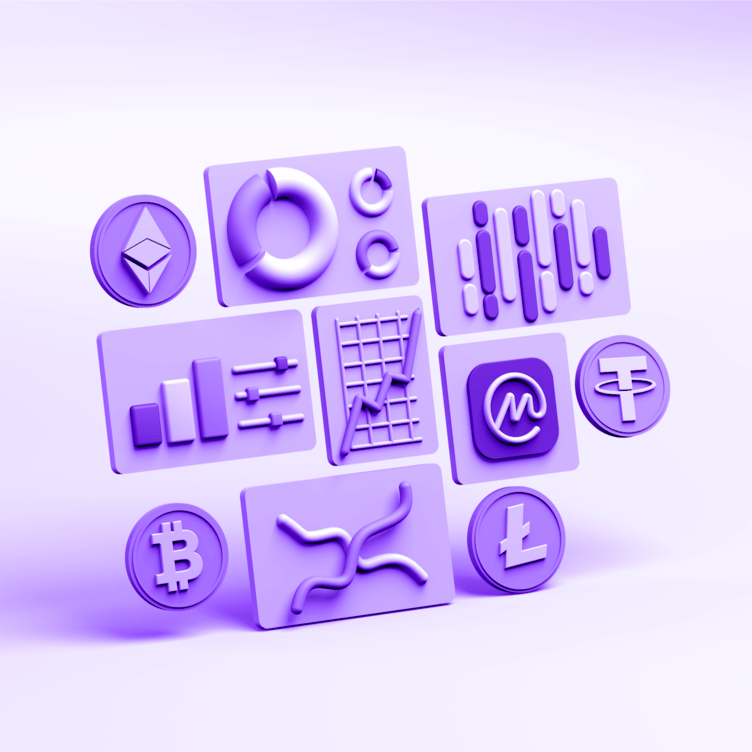 Solana is a high-speed layer-1 blockchain created in 2017 that aims to scale throughput beyond what is commonly achieved by popular blockchains, like Ethereum and Bitcoin, while maintaining low costs. It boasts a unique consensus mechanism called Proof-of-History that allows Solana to process transactions almost instantly. Solana can theoretically process more than 50,000 transactions per second without scaling solutions, thanks to this lightning-fast timing mechanism, which is a version of proof-of-stake.
The layer-1 chain has been many analysts’ favorite when it comes to challenging Ethereum, which has propelled it to a top-10 cryptocurrency. However, Solana has also faced an array of problems and criticism, which is why it is facing increasing competition from other up-and-coming L1s.
Подпишитесь сейчас

How Does Solana Work?

Solana has been facing stern criticism over two topics: high allocations to VCs and repeated outages.

The following video generated a lot of anger in Crypto Twitter a few months ago:

Solana has been the target of crypto purists, who are accusing it of having an excessively high allocation to venture capital funds. According to a Messari report, Solana does indeed allocate almost half of its tokens to “insiders, that is to the team, advisors, and investors:”

However, that is still less in comparison to other layer-ones, like Terra and Fantom, and almost on par with a supposedly “sustainable” blockchain, like Celo. Not only Solana has come under scrutiny but also the projects built on the Solana blockchain. ZachXBT, an account on Crypto Twitter that has repeatedly called out dishonest practices in the space, had this to say:

Some Solana figureheads have responded to the criticism. Here is Anatoly Yakovenko, co-founder of Solana, pointing out that he sees nothing wrong with this:

Raj Gokal, another Solana co-founder, had this to say:

VC allocations are not Solana’s only problem, though. The other is repeated outages that have started to weigh heavy on the price of SOL. Solana suffered outages not once but several times, prompting users to criticize it for being little more than a slightly decentralized database. After its last outage, the network took 48 hours to be back online. Users suffered liquidations on DeFi protocols as a result, which sparked outrage on social media:

Despite its problems, Solana’s impeccable tech saw its TVL rise significantly in 2021. In contrast to other blockchains, Solana boasts various niches and use cases, from DeFi over GameFi to a significant NFT sector.

Audius is a decentralized music streaming platform that aims to remove inefficiencies in the music industry, such as intransparent rights, ownership, and the excessive presence of intermediaries.
Audius does this by aligning the interests of the industry's various stakeholders: artists, fans and node operators, as the party bringing them together. Artists can publish content on the platform's content ledger, with music being streamed at a comparable quality to Spotify and Google Play Music. Fans can listen to music for free and will be able to support their favorite artists by staking AUDIO on the platform. Furthermore, nodes can help maintain the content availability on the protocol or improve user queries through indexing metadata. Both things happen via staking.

Serum is the ecosystem's main DEX, boasting an on-chain central order book and matching engine, thanks to Solana's performance. This allows users to choose the price, size and direction of their trades and other projects to benefit from its architecture, bootstrapped liquidity, and matching service.
Its core product is the asset-agnostic order book for matching any Solana-based trading product. This essentially allows Serum to have the performance of a centralized exchange and allows a greater source of pooled liquidity. Its Wormhole token bridge connects Solana to other blockchains but was recently the victim of a massive $320M exploit.

Raydium is an AMM built on Solana that leverages the central order book of Serum to provide fast trading and shared liquidity. Raydium offers the standard features of money market protocols like a decentralized exchange, liquidity farming and staking.
As with any protocol on Solana, Raydium mainly benefits from the fast transaction speed and the quasi-zero gas fees. In addition, it has access to the order flow and liquidity of the Serum ecosystem, reducing slippage ad liquidity shortages.

FTX is a centralized exchange built on Solana. It was launched by a team of traders, headed by Sam Bankman-Fried, one of the most well-known figures in the cryptocurrency space. FTX is backed by Alameda Research, a crypto trading hedge fund and market maker in the cryptocurrency space.
FTX stands out due to its impeccable performance, resulting in fast transaction execution and near-zero downtimes even in times of increased market volatility. This has led to a massive surge in trading volume on the exchange. It has also bought the naming rights to the Miami Heat arena and began building an NFT marketplace on its platform. Furthermore, the exchange has become (in)famous for being very quick to list new tokens and introduce new innovative products, such as leverage tokens that allow investors to speculate on assets with higher risk exposure and no risk of liquidation.

Star Atlas is a next-gen blockchain massive multiplayer online game. Set in a futuristic space environment, the game revolves around three factions and their battle for resources and political influence. Built on Unreal Engine 5, Star Atlas will feature photorealistic graphics and real-time environments.
The game combines several genres like combat, space exploration, flight simulation, and strategy. As with other blockchain games, assets acquired in the game are all NFTs and can be traded for other cryptocurrencies. The game has a two-token economy model consisting of ATLAS and POLIS. ATLAS is the in-game currency that players will acquire through playing and trading with other players. POLIS is the game's governance token that will serve for in-game governance, as well as influencing decisions regarding the development of Star Atlas.

Samoyedcoin is Solana's native meme coin that is a dig at Dogecoin. It revolves around Samoyed, an Eastern European dog breed and the same breed that Anatoly Yakovenko, founder of Solana possesses.

The coin was brought into life in April 2021 and has since become the blockchain's "mascot and ambassador." There are now SAMO NFTs and a SAMO Swag Store with dog-themed merchandise. Unlike other dog coins, Samoyedcoin is not fully community-owned, with the core team reserving a 3.9% allocation.

Aurory is a role-playing game set in a retro-futuristic universe revolving around a set of NFTs called Aurorians. Players can engage in a solo-player mode, where they follow the quest of Helios, a retro-futuristic cat that accomplishes quests and battles opponents that can be earned as NFTs. These can either be traded or used later in the game's multiplayer mode.
Aurory replicates the success of  Axie Infinity (AXS), and its IDO was the largest IDO on Solana. The game will also offer land ownership in its Metaverse and an annual Aurory Championship Tour, where players can win rare items and significant cash prizes.

Thanks to its leveraged yield farming, investors can increase their annualized yield and take on riskier positions. In contrast to other AMM protocols, Tulip Protocol offers a fairly high loan-to-value ratio of 85%. It is one of the few yield farming protocols on Solana to date.