Weekly Roundup: What Happened In Play2Earn Games and NFTs This Week? [Sept. 3, 2021]

In this weekly roundup, CoinMarketCap takes a look at some of the most prominent P2E gaming tournaments and NFT events that took place in the just concluded week. 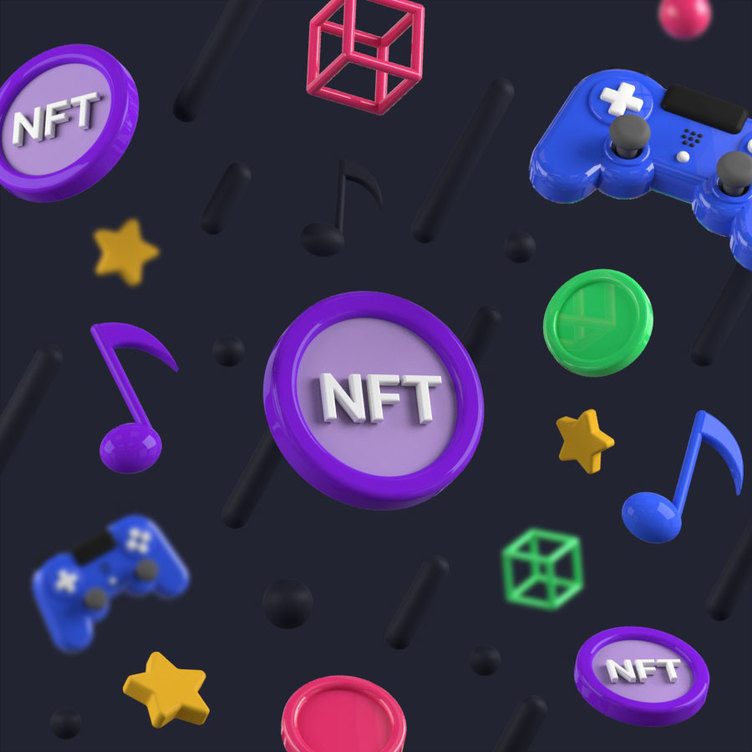 It is no more news that the play-to-earn (P2E) gaming model is being heavily adopted by crypto gaming apps, thanks to the expanded blockchain functionalities that non-fungible tokens (NFTs) unlock. With this model, gamers not only enjoy playing their favorite NFT games, but they also earn crypto while at it. As such, it comes as no surprise that community engagement campaigns associated with P2E games have generally appealed to gamers and crypto proponents alike. More often than not, these campaigns are tournaments where gamers compete for a chance of earning bragging rights and a sizable amount of crypto in rewards.

In this weekly roundup, we will take a look at some of the most prominent P2E NFT gaming tournaments and NFT events that took place in the just concluded week.

Back in July, the Axie Infinity team announced that it would be committing 5,000 AXS, worth $145,000 at the time, to sponsor community tournaments starting from August all through to the end of 2021. While the original plan was to support 10 to 15 tournaments, the team eventually decided to increase the prize pool to 5,560 AXS, now worth $400,000, and distribute it across 31 community events.

According to the event schedule, the first of the planned tournaments took place between Aug. 21 and Aug. 22, with 100 AXS distributed across winners. The second tournament, called The Axie MENA Cup, kicked off on August 27 and ended on August 28. Here, players competed for 100 AXS prize money. Below are the two Axie esports tournaments that kicked off this past week.

The ongoing Yield Guild Open (originally planned for Aug. 28, but kicked off on Aug. 29 due to technical issues) is the third of Axie esports scheduled events. The tournament was organized by Yield Guild Games. Interestingly, it has the largest prize pool so far – $35,000 would be shared among winners, of which Axie Infinity contributed ∼$20,000 worth of AXS.

The tournament consists of 64 teams of 3 players each that would battle it out in the game of Axie Infinity to decide who goes home with the lion's share of the $35,000 worth prize pool. The 1st, 2nd and 3rd placed teams will be awarded 35%, 20% and 15% of the prize pool, respectively. It is worth mentioning that this competition was organized for teams or competitive organizations situated in South East Asia (SEA).

You can find more information about this esports competition here.

This tournament kicked off on Sept. 2, and it is expected to extend to Sept. 12. As its name suggests, Axie JP Community Tournament focuses on giving the Japanese gaming community an Axie esports event of their own. And so, only those who can communicate in Japanese can participate in this event.

Unlike the single-elimination model used in the Yield Guild Open, AxieJP consists of two tournaments – the main qualifying rounds and the repêchages. This model was incorporated in order to make the tournament open to a lot more players. The prize pool is set at 250 AXS.

You can find more information about this tournament here.

DGG Allstar League is one of the few Axie esports competitions earmarked for global participation. In other words, anyone can participate regardless of their location. At the time of writing this article, the 16 teams that would compete for prizes had already been announced. This tournament will come to a close on Sept. 5, 2021.

You can find more information about this tournament here.

On Sept. 2, 2021, Sotheby's commenced the auction of a Bored Ape Yacht Club lot and another Bored Ape Kennel Club lot on Decentraland. Each lot consists of 101 NFTs. The value of the Bored Ape Yacht Club lot is estimated at $12 million on the low end. For the kennel collection, Sotheby’s estimated its value to be anywhere between $1,500,000 and $2,000,000.
However, some BAYC members believe that Sotheby’s estimated prices are somewhat conservative, considering the high demand for the ape NFTs and how they seem to have resonated with celebrities, including Steph Curry, who recently paid $180,000 for one. This auction will run until Sept. 9, 2021.
You can find more information about this auction here.

The Maker ShowDAOn Battle Racers tournament, sponsored by MakerDAO and CommunityGaming.io, kicked off on Aug. 30, 2021, with a $500 prize pool. A total of 32 players joined the tournament initially. Via a single-elimination gaming model, the pool of players will be effectively pruned until the winner and the runner-ups are left standing. The winner will receive 40% of the prize pool, while 2nd runner-up is eligible to receive 30%. The 3rd and the 4th placed players would win 20% and 10% of the prize pool, respectively.
You can find more details here.

The just-concluded Aavegotchi Haunt 2 is a gamified on-chain auction event that allowed participants to bid for wearables and Aavegotchis. In this bid-to-earn system, anyone with a GHST token can bid for auctioned NFTs and earn a certain percentage when they are outbid. The event kicked off on Aug. 23, and ended on Aug. 29. In total, 12,000 Portals (NFTs) and 13,944 wearables were auctioned. This event will be followed by a raffle draw scheduled for September 2021. In this upcoming event, GHST stakers will be rewarded with 3,000 Portals.

The Aavegotchi Game Jaam hackathon commenced on Sept. 1, 2021, and it will run until Sept. 5, 2021. All participants need to do is to build games using the Aavegotchi NFTs in order to stand a chance of earning a share of the $10,000 prize pool denominated in GHST.

The above-listed tournaments and events are a testament to the explosive demand for crypto P2E games. We expect more of such community-based P2E campaigns to continue to emerge in the foreseeable future.

Crypto News
BTC Up Amid Predictions of 'Brutal' ETF Price War
VanEck has filed an application with the U.S. Securities and Exchange Commission to launch an ETF that would undercut its rivals.
Автор: Connor Sephton
11 месяцев назад
3м
Crypto News
Bitcoin Not Ideal for Buying Coffee, Saylor Admits
It comes as MicroStrategy continues to accrue BTC at an astonishing space. Earlier this week, it emerged the software company had snapped up 7,002 BTC — paying $414.4 million.
Автор: Connor Sephton
9 месяцев назад
2м
Crypto News
Jim Cramer Sells Half His Bitcoin to Pay Mortgage and Calls It 'Phoney Money'
Cramer did end up making a good point. Is there any point in accumulating crypto if you don’t take profit off the table once in a while?
Автор: Connor Sephton
год назад
2м
Все статьи