The Aftermath: Weekly Market Review From TokenInsight
Содержание
The Boot Has Been on the Ground, but the Shock Wave Is Still Spreading Out
After the FOMC: Epidemic, Inflation and Annual Derivatives Delivery
Trading

TokenInsight takes a look at what happened to the market in the wake of the market fall. 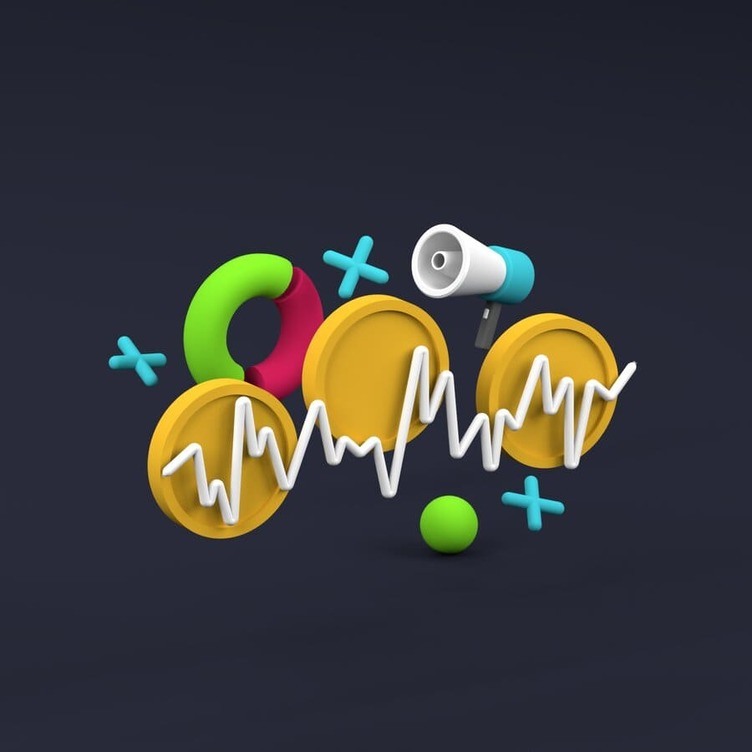 From the perspective of volatility, the crypto market's pricing process for the results of the FOMC meeting has ended in the middle of the week, and market confidence has also recovered.

The results of the FOMC meeting are basically in line with market expectations, but central banks of various countries have also begun to follow the steps of the Fed to tighten policies, and the liquidity of the crypto market may peak faster than expected.

The new uncertainty brought by the recurrence of the epidemic and continued inflation may provide additional support for the bottom of the crypto market. However, because of the larger scale of crypto selling and the coming annual derivatives delivery, in the short term, the upside of asset prices may still be limited, and price shocks may continue.

The Boot Has Been on the Ground, but the Shock Wave Is Still Spreading Out

With the announcement of the Federal Reserve's December FOMC resolution on Thursday, the period of high volatility in the crypto market that lasted for half a month has finally come to an end temporarily. In the post-meeting communiqué, the Federal Reserve formally confirmed that it will speed up its debt reduction and will complete the debt reduction by the end of 2022q1. The subsequent mid-year may be accompanied by 3 interest rate hikes instead of 2. Although the number of interest rate hikes slightly exceeded expectations, other decisions were basically in line with market expectations.

After the announcement of the FOMC resolution, the crypto market rebounded sharply. The BTC price was once close to $50,000 but eventually stabilized at around $47,000, which was the same as the lowest point after the sharp drop on Dec 4. The performance of ETH was similar to that of BTC. However, from the perspective of volatility, the realized volatility of mainstream cryptos has returned to a normal level, while the implied volatility of the short and medium-term has dropped significantly.

From the perspective of option skewness, the recovery of market confidence is faster than the recovery of price. The skewness of medium and long-term BTC options has returned to above 0, which indicates that the market's bullish sentiment has rebounded significantly.

Although the FOMC meeting has ended, a series of chain effects brought about by the FOMC meeting communiqué still caused a relatively sluggish performance in the crypto market. As the Fed’s liquidity supply declines faster, other major capital markets such as Europe and Australia have also begun to consider following up. The Bank of England directly announced interest rate hikes without reducing the scale of bond purchases, which was unexpected by the market. For crypto investors, this means that liquidity may peak faster than expected.

The futures market reacted obviously: the term structure of the BTC futures premium shifted downward as a whole, and the weekly futures premium fluctuated around the zero line. A similar situation occurred in ETH front-month futures, but the premium of forwarding futures remained at a relatively high level.

After the FOMC: Epidemic, Inflation and Annual Derivatives Delivery

Will the downturn in the crypto market continue? It does not seem to be the case.

For the crypto market, the anti-inflation demand brought about by continued inflation in 2021 has been the main support for the bottom of crypto prices in the past year. As the outbreak of the Omicron variant in Europe has brought new uncertainties to its economic prospects, European and American investors' risk aversion has risen again. In addition to the purchase of high-quality assets such as bonds, the related demand for hedging economic risks through secondary safe-haven assets has also strengthened, providing additional support for crypto prices.

At the same time, the interpretation of the impact of the Fed's policy in the future is also biased towards optimism.

Former U.S. Treasury Secretary Summers said that it is not enough for the Fed to shift to a faster response to high inflation this week, and policymakers still seem to believe that price increases will slow down sharply on their own. To a certain extent, the Fed is still betting that inflation is largely temporary, for they have not exerted sufficient restraint on the economy to reduce inflation very substantially.

Fed officials’ forecasts released on Wednesday show that they expect the unemployment rate to fall to 3.5% as the inflation rate falls from a decades-high to the 2% target. These forecasts suggest that policymakers may not raise the key interest rate.

Judging from the changes in the spot prices of mainstream cryptos before and after the FOMC meeting communiqué, investors have already completed the relevant pricing of the Fed’s policy impact.

Thus, apart from the chain reaction caused by the FOMC, there is only one main reason for the recent sharp fluctuations in the price of cryptos: the annual derivatives delivery on Dec 31. Before and after the delivery of derivatives, a large number of investors' actions such as speculating, closing position, and rollover tend to significantly push upmarket volatility. This is also the reason why many traders started to build risk reversal portfolios last week.

At present, affected by the derivatives delivery and the aftermath of the FOMC meeting, short-term price shocks may continue for a while. But in the long run, the demand side of the crypto market has not been significantly weakened. After the completion of the annual derivatives delivery, the upside pressure of crypto prices will be released, and we may be able to witness another rebound in the crypto market in early 2022.

Trading Analysis
ETH’s All-Time High & DeFi’s Resurgence: A Data Perspective by IntoTheBlock
IntoTheBlock takes a look this week at what is going on in the Ethereum blockchain.
Автор: Lucas Outumuro
год назад
2м
Trading Analysis
Bitcoin Fundamentals Continue to Strengthen Despite Volatility: A Data Perspective by IntoTheBlock
This week, IntoTheBlock looks at how Bitcoin hodlers have been faring. The answer? Actually, pretty well.
Автор: Pedro Negron
9 месяцев назад
4м
Trading Analysis
Breaking Through $60,000 Again, Just Around The Corner: Weekly Market Review by TokenInsight
This should be the quietest week since the beginning of 2021. After Bitcoin "unsurprisingly" rushed to the $60,000 mark.
Автор: TokenInsight
год назад
5м
Все статьи