Terra's Blockchain to Be Revived, But Some Investors Are Furious with Do Kwon
Содержание
How This Will Work
Altcoins

Terra's Blockchain to Be Revived, But Some Investors Are Furious with Do Kwon

The proposal's approval means that the new network is scheduled to launch on Friday, with a fresh round of LUNA tokens airdropped to existing investors. 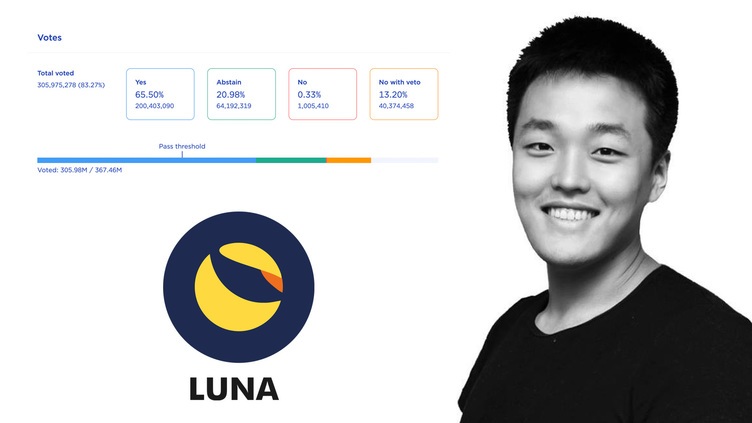 It's official: Terra's blockchain is going to be revived.

Votes have now closed — with 65.5% voting for a new network to be established… without the controversial UST algorithmic stablecoin.

Outlining the proposals, Terra's co-founder Do Kwon had argued that the "ecosystem and its community are worth preserving," adding:

He went on to claim that Terra Station has more than one million users — not to mention "strong brand recognition and a name that almost everyone in the world will have heard about. "That being said, the brand may have taken a bit of a dent.

The proposal's approval means that the new network is scheduled to launch on Friday, with a fresh round of LUNA tokens airdropped to existing investors.

The old Terra blockchain will be rechristened Terra Classic, while the old iteration of the altcoin will now be known as Luna Classic.

Drawing parallels to Ethereum, which enacted similar measures back in 2016, Kwon wrote:

"$UST peg failure is Terra's DAO hack moment — a chance to rise up anew from the ashes."

How This Will Work

Developers who are tasked with building essential apps will receive 0.5% of the total supply of new LUNA tokens to help them finance the project.

Meanwhile, 35% of tokens have been earmarked for those who owned LUNA before the attack — with 10% set aside for those who continued to hold the altcoin throughout its dramatic plunge from $83 to below one cent. Compensation will also be given to those who owned the embattled UST stablecoin.

Not everyone who commented on the proposal was in favor — and some were downright furious. One of them, Matt21621, claimed he lost over $1 million in UST and wrote:

"You could have stopped the chain and then just stopped trading. Investors' lives are in shambles. I will never support anything you do again. And I am in disbelief at your audacity. I have no words Do. You've stolen everything from me and many I know. I hope you don't get a round two and I will spend every waking moment of the rest of my life to ensure you don't."