Is Tether Untouchable? The Latest Twist in a Long-Running Drama
Содержание
Is Tether All There?
Show Us the Money
USD Vs. USDT
What’s in Tether’s Piggy Bank?
Always Watch the Till
The Trillion-Dollar Question
Crypto Basics

Is Tether Untouchable? The Latest Twist in a Long-Running Drama

The stablecoin issuer has faced down a lot of threats over the last few years. Will its winning streak continue if whispers of criminal bank fraud charges prove true? 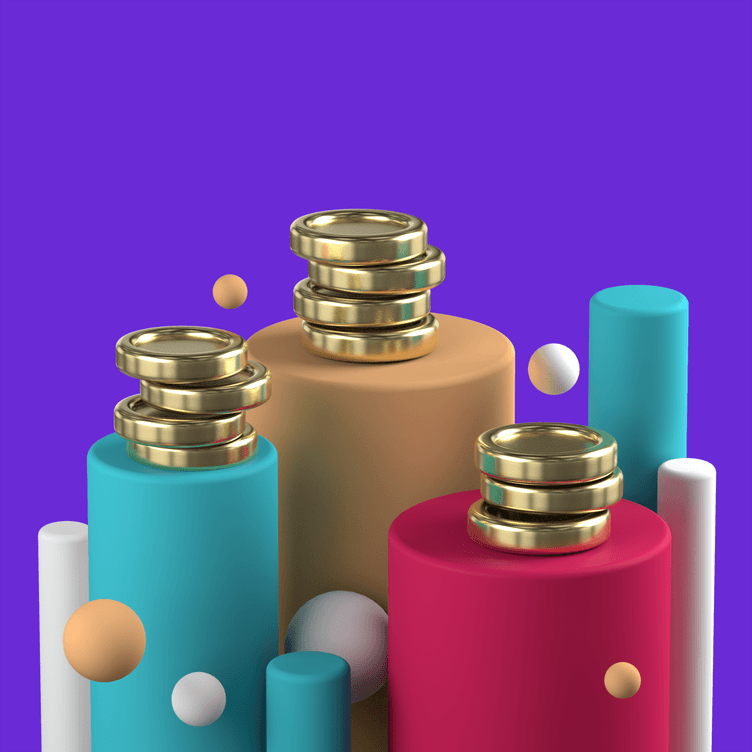 The U.S. Department of Justice’s years-long probe of no. 1 stablecoin issuer Tether is now focused on whether the issuer committed bank fraud.
Citing several anonymous sources with knowledge of the investigation, Bloomberg reported that the wide-ranging investigation is now focused on whether the company concealed from banks that transactions the banks processed on its behalf involved cryptocurrencies. Particularly during the first Bitcoin boom and bust of 2017-2018, mainstream banks avoided cryptocurrencies like the plague, routinely closing accounts of customers found to be trading on exchanges.
The probe could have a big impact on the market due to the widespread use of the Tether stablecoin — with its price pegged one-to-one with the U.S. dollar — in the buying and selling of volatile cryptocurrencies. There is currently almost $62 billion in Tether stablecoins, known as USDT, in circulation. Aside from transactions, USDT is used to park funds that traders want to protect from wild price swings.
The probe is obviously bad news for Tether executives, who could be facing criminal charges. They deny all wrongdoing and attacked Bloomberg’s report as part of an “effort to discredit Tether.”

That said, there is a very big silver lining: Prosecutors appear to have turned away from far more serious allegations.

Is Tether All There?

To understand the legal situation and the impact it could have on the cryptocurrency market, you need to be aware of the backstory of Tether. Tether has been accused of everything from lying about the assets backing its stablecoin to manipulating the price of Bitcoin so aggressively that it single handedly caused the 2018 crypto winter.

That’s not hyperbole. No less than four class action lawsuits allege that the company behind Tether is responsible for Bitcoin’s 80% drop in price over the course of that year, wiping out $450 billion. Demanding triple damages for fraud, the suits seek almost $1.4 trillion.

Before we dive any deeper, we need to point out that Tether is only half of the story. It has a sister company, the major cryptocurrency exchange Bitfinex, and the two are inextricably entwined. Both are owned by iFinex, and have a complex ownership structure based in the British Virgin Islands and Hong Kong.

There are three major parts to this story: first, whether Tether actually had the cache of U.S. dollars — and later other assets — it claimed backed its USDT stablecoin one to one since it was founded in 2014.

Second, its relationship with sister company Bitfinex, which turned to Tether for a financial lifeline after the exchange was robbed of $850 million in 2018.

This involves the shady payment processors it dealt with after being locked out of the mainstream banking business in 2017 and 2018 — which is where the fraud that federal prosecutors are reportedly investigating would have taken place.

Third, there is the widely cited study behind the lawsuits accusing Tether and Bitfinex of price manipulation.

Tether was the first and by far the largest successful stablecoin. Stablecoins, as the name suggests, aim to keep their price fixed one to one to a fiat currency, most commonly the U.S. dollar.

Tether is currently the third-largest cryptocurrency by market capitalization, after Bitcoin and Ether. The no. 2 stablecoin is USD Coin — or USDC — controlled by Circle and the top U.S cryptocurrency exchange Coinbase. At press time, it has about $27 billion in circulation. Third is newcomer Binance USD — BUSD — with almost $12 billion.

While some DeFi-based stablecoins use more technical methods, most stablecoins maintain their stable price by holding $1 in fiat for each coin in a bank account.

Tether’s credibility gap is based on its years-long unwillingness to release a full, third-party audit of its fiat accounts.

U.S. Dollars (USD) is a fiat currency, while USDT is a crypto stablecoin pegged to 1 USD, using a range of collateral.

Until March 2019, its website stated: “Every tether is always backed one to one by traditional currency held in our reserves. So 1 USDT is always equivalent to 1 USD.”

March 2019 was when Tether updated its website to say that its reserve could also include other assets, among them notes promising repayment of loans.

Why? Well, because Tether had loaned Bitfinex $750 million after the exchange was robbed in 2018. The crime was allegedly committed by someone affiliated with the payment processor the exchange was using to get funds to its U.S.-based customers when banks would not process those transactions.

The way Tether’s funds were being moved, according to charges filed in a separate case by the DoJ, was by running the payments through banks which were told the accounts were from companies working in industries like real estate, not cryptocurrency.

That’s the bank fraud Bloomberg claims the feds are investigating.

Tether backed down from its $1 for each USDT claim after that loan was discovered during a separate investigation by New York State Attorney General Letitia James; this investigation began in April 2019 and was settled in February 2021, when iFinex paid $18.5 million without admitting or denying any wrongdoing.

James’ investigation began with allegations that Bitfinex was servicing New York clients — which was (and is) illegal. That investigation then turned up the loan, and Tether had to admit that USDT was only backed about 74% by cash at the time. That in turn became a focus of the NY Attorney General’s investigation, which looked into it as a coverup and fraud.

As part of the settlement with the NY Attorney General, Tether agreed to release details of its reserves for two years. On May 14 it did, revealing that 75.8% of funds are held in cash and cash equivalents, including commercial paper, fiduciary deposits and Treasury bills — the cash part is less than 4% of that. In addition, 12.5% is held in secured loans; 10% in corporate bonds, funds and precious metals; and 1.64% in other investments, including Bitcoin.
Not that those numbers were confirmed by an outside auditor, although Tether has promised they will be within months. On the other hand, they were also provided to the NY AG’s office, which has a record of fact-checking Tether’s statements.
The big problem has always been the concern — vigorously denied by Tether but not 100% laid to rest — that the assets backing USDT don’t exist, at least in part. This would have two big impacts, starting with the obvious loss of some portion of that $62 billion by crypto investors and companies holding the stablecoin.

Then there’s the question of trading cryptocurrencies. Tether is the lubricant in a huge percentage of trades, most notably Bitcoin. In many cases one crypto is sold for Tether, then used to buy a second. Without it, the argument goes, trading would grind to a halt.

However, that was a lot more true a year ago than it is now.

Tether has grown enormously in the past year, with about $10 billion in circulation in July 2020.

But as big as that is, in the same time period, USDC grew from about $1 billion to its current $27 billion — from one-tenth the size of Tether’s market cap to nearly half.

Suddenly removing Tether would be a mess, but it wouldn’t bring markets to a grinding halt the way it would have in the past.

Always Watch the Till

Oh, and that $880 million stolen from Bitfinex? Two things. First of all, it was not stolen in one fell swoop like the Mt. Gox exchange hack. It happened over time, as Bitfinex ran its funds through an opaque payment processor called Crypto Capital Corp., which had worked with one Reginald Fowler, who was opening the bank accounts used to sneak crypto funds to U.S.-based Bitfinex customers. Except that he was helping himself to a lot of it. Which Bitfinex only found out when it wasn’t able to pay customers — not exactly inspiring oversight of its funds.
But that’s only one of the ways Crypto Capital lost Bitfinex’s money, the exchange has claimed. A large chunk of those hundreds of million of dollars was seized by authorities in Poland, Portugal, the UK and the U.S. While Bitfinex has been trying to get it back, it may have been commingled with funds Crypto Capital has been accused of laundering for a Colombian drug cartel. Which could well make getting it back a Herculean task.

On the other hand, Bitfinex was able to pay Tether back in full, the companies said.

The $1.4 trillion class action lawsuits are based on claims of market manipulation made in a June 2018 paper — updated in late 2019 — by a pair of finance professors at the University of Texas at Austin and Ohio State University.

Among other things, they allege that when Bitcoin’s price fell to psychologically important levels, Tether minted more USDT and sent it to sister company Bitfinex, which used it to buy Bitcoin, raising prices. These levels came in $500 increments, the pair said — keep in mind Bitcoin was in the $6,000 to $7,000 range at the time. The result, the suits claim, was a bubble that eventually burst to the tune of $450 million.

Calling the scheme “part-fraud, part-pump-and-dump, and part-money laundering,” the lawsuit said it “was primarily accomplished through two enterprises — Bitfinex and Tether.”

Those companies, it added, “commingled their corporate identities and customer funds while concealing their extensive cooperation in a way that enabled them to manipulate the cryptocurrency market with unprecedented effectiveness.”

While Tether, Bitfinex and iFinex have all heaped scorn on the study, so have a number of less biased sources, among them crypto investment firm VanEck’s director of digital strategy, Gabor Gurbacs, and BlockTower Capital’s CIO, Ari Paul.
In April 2020, another paper, by two UC Berkeley professors, refuted Griffin and Shams’ findings.

Overall, Bitfinex and Tether seem to have dodged — or successfully refuted, depending on who you ask — most of the accusations leveled at them, and successfully settled one of the biggest.

But now, if the Bloomberg report is right, the company and its executives are facing one last challenge: can they stay out of jail?

Crypto Basics
The Micropayment Economy: What It Is, and Why It Matters
Micropayments seem like such a good way to tip your friends and favorite content creators — how often are they really used, and what blockchains can handle them?
Автор: Decentralized Dog
год назад
5м
Crypto Basics
GM From Decrypt: Dive Into the Metaverse
Decrypt's new podcast talks with Amy Wu about all things metaverse and NFTs.
Автор: Connor Sephton
7 месяцев назад
3м
Crypto Basics
What Is Distributed Ledger Technology (DLT)?
Blockchain and DLT are often used to mean the same thing — but all DLT is not blockchain. What is distributed ledger technology?
Автор: Werner Vermaak
год назад
5м
Все статьи