On Sunday, the Wall Street Journal claimed both sides had met for talks, with Twitter understood to be taking his offer more seriously after Musk secured the necessary financing. 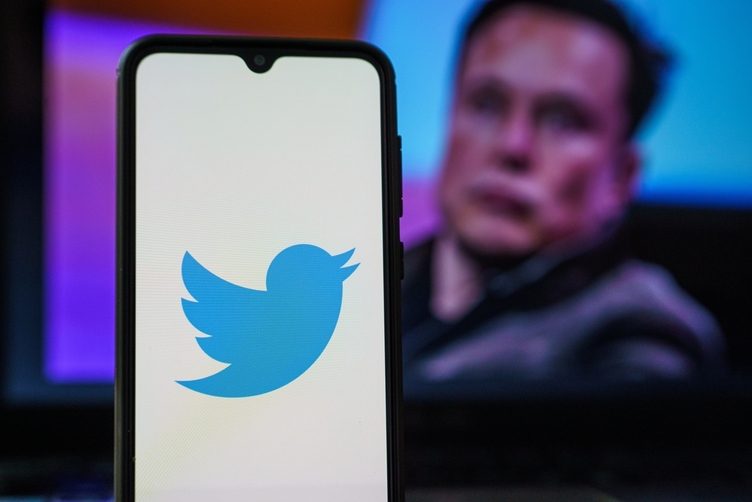 Twitter is reportedly "in the final stretch" of negotiations with Elon Musk — and agreement about a takeover could be reached as early as today, according to Bloomberg.

A flurry of reports had suggested the world's richest man had gained newfound momentum in his plans to buy the social network over the weekend.

On Sunday, the Wall Street Journal claimed that both sides had met for talks about the proposals, with Twitter understood to be taking his offer more seriously after Musk secured the necessary financing.

Musk has also been pressing the flesh with Twitter shareholders in recent days — and all of this came as the tech giant faced growing pressure to begin negotiations with Tesla's CEO.

While some investors have conceded that Musk's so-called "best and final offer" of $54.20 a share is too low, some hedge funds believe this is a realistic valuation amid fears that economic uncertainty and red-hot inflation could batter tech stocks in the months to come.

Twitter's share price had closed Friday's session on Wall Street at $48.93 — a 10% discount to the price Musk has been proposing. This is generally perceived as a sign that investors are not confident of a deal being successful.

Deal Hangs in the Balance

Each report over the weekend stressed that the situation is fluid — meaning talks could be protracted or suddenly collapse.

Twitter may also have some other tricks up its sleeve. The company could seek bids from rivals, or attempt to sweeten Musk's offer.

The social network is due to release quarterly results on Thursday, figures that could give the company an upper hand in its quest to secure a higher valuation.

Musk initially made an offer for Twitter earlier this month after complaining that the social network was failing to protect free speech. He suggested the company needs to be taken private in order for improvements to be made. An edit button and tweets beyond the current 280-character limit are among the features he's suggested — as well as a clamp down on bots that pollute high-profile crypto accounts with spam messages.

Crypto enthusiasts have even been pondering the possibility that Musk would allow Dogecoin to be used as a payment method on the micro-blogging site.