Also today, find out which crypto heavyweights will be at CoinMarketCap's conference in the metaverse... and why Elon Musk might be annoyed about a Bill Gates interview. 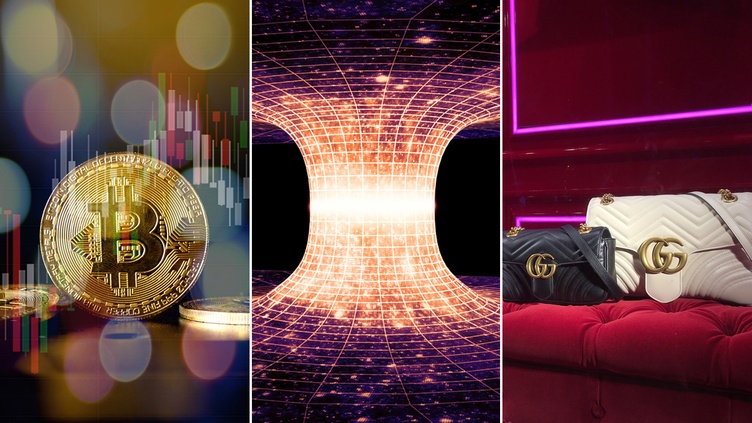 Bitcoin initially rose by 5% after the Federal Reserve announced it was raising America's benchmark interest rate by half a percentage point.

It came after Wall Street gave a blockbuster performance on Wednesday.

Investors may have been relieved after Fed Chairman Jerome Powell revealed that a future rate hike of 0.75% is "not something that the committee is actively considering."
But the surge appeared to be short-lived — with Bitcoin failing to crack stubborn resistance at $40,000. The world's biggest cryptocurrency has now slid to $37,000 at the time of writing.

Binance — the owner of CoinMarketCap — is backing Elon Musk's Twitter takeover with a $500 million investment. An SEC filing reveals the Tesla CEO has secured $7 billion in financing from a group of high-net-worth individuals and investment firms. CZ confirmed the news on Twitter — where else — and wrote: "A small contribution to the cause." It comes as Microsoft's co-founder Bill Gates warns that Musk could make the social network worse than it is today — especially if dangerous conspiracy theories are allowed to spread unchecked. But conceding the entrepreneur has an exceptional track record with Tesla and SpaceX, Gates added: "We should have an open mind and never underestimate Elon."

A crypto executive who has pleaded guilty to violating the Bank Secrecy Act is trying to avoid being sent to jail. Former BitMEX CEO Arthur Hayes also wants the freedom to live abroad and travel. His legal team has submitted documents to the judge, including a letter for his mother that requests leniency. Hayes previously admitted that BitMEX, a crypto trading platform, had operated with poor anti-money laundering checks in place. He's already agreed to pay a fine of $10 million — and signed a plea deal that means he faces six to 12 months behind bars. But his lawyers are now arguing that Hayes is unlikely to be a repeat offender, and they're warning that this case will set a precedent for prosecuting financial crimes at crypto exchanges worldwide.

Gucci has announced that it's going to start accepting crypto payments at a handful of its American stores. The designer brand is also planning to make digital assets a payment method across the U.S. by the end of the summer. Bitcoin, Ether, Litecoin, Shiba Inu and Dogecoin — as well as five stablecoins — are going to be accepted. According to Vogue Business, customers who want to transact using crypto will be emailed a QR code — enabling them to complete a transfer from their wallet. It's reported that stores in New York, Los Angeles, Miami, Atlanta and Las Vegas will be among the first to take the plunge. Gucci says it's "always looking to embrace new technologies when they can provide an enhanced experience for our customers."

CoinMarketCap is holding its first-ever conference in the metaverse — with Binance's founder CZ and MicroStrategy's CEO Michael Saylor among the crypto heavyweights in attendance. The Capital 2022 is going to take place virtually on May 26 and 27, and will delve into Web3's most successful use cases for blockchain adoption — examining what's worked so far, and what comes next. Decentralized finance, the metaverse, play-to-earn games and non-fungible tokens will all be on the agenda for the two-day immersive experience. This year's theme is "Time to Ship" — and the event will focus on how crypto is delivering real solutions right now. You can sign up to attend on our website.

Jump defends itself over Wormhole row 😱

Jump Crypto has defended itself after facing a backlash over its efforts to buy the Wormhole.com domain. It's emerged that the company is taking legal action against the 79-year-old man who owns this website address. Following criticism on social media, the company's president says Dick Merryman reneged on two binding agreements to transfer the domain. The pensioner had initially demanded a payment of $50,000 — but later doubled this to $100,000. And when Jump said it was willing to pay this six-figure sum, he increased his ask to $200,000. The company is asking a judge to compel Merryman to hand over the domain, and says it has done "everything possible" to resolve this matter amicably.
15 people liked this article

Crypto News
CoinMarketCap News, Feb 3: Doge's Couch Up for Auction... But Bids Aren't Accepted in DOGE
Also today, a top rapper is going to headline a virtual Super Bowl concert in the metaverse.
Автор: Connor Sephton
7 часов назад
3м
Crypto News
Podcast: Warren Buffett's Right-Hand Man Rips Into Crypto in Newspaper Article
Also today, want to buy the couch that Doge sat on in THAT picture? Now you can.
Автор: Connor Sephton
7 часов назад
1м
NFTs
Mastercard's NFT Lead Quits — and Accuses Company of Harassment
Satvik Sethi has minted his resignation letter as an NFT — and has claimed that, at times, he had to "beg across the hierarchy" to get his salary.
Автор: Connor Sephton
9 часов назад
2м
Все статьи