Leveraged crypto bulls had to take the biggest L since late January, after $428 million longs were liquidated. 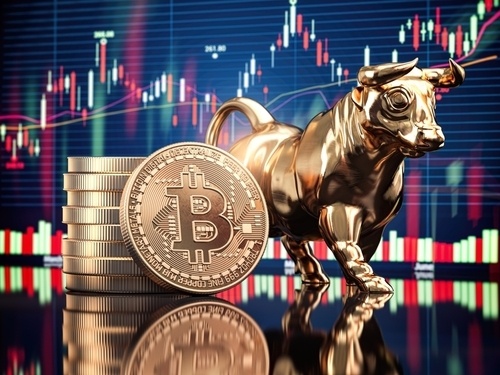 In recent weeks, crypto bulls have been on the back foot, and yesterday's price drop delivered another body blow to their ambitions.

Is Max Pain for Crypto Yet to Come?

Equity markets were down across the board, with the Dow closing 1.19% lower while the Nasdaq dropped 2.18%. Markets in Japan and Singapore were also down as traders braced themselves for additional pain on the horizon.

The culprit, of course, is inflation.

While estimates put year-on-year inflation data in March to exceed 8%, traders may anticipate even worse — with the corresponding knock-on effects for capital markets.

Rising inflation numbers have also led to more hawkish talks from Fed officials, and markets now anticipate more than eight rate hikes in 2022 alone. While the White House has branded accelerating inflation as the "Putin Price Hike," due to rising commodity prices following the war in Ukraine, not everyone is buying into this reasoning:

For crypto, none of this is positive news. As crypto markets rocketed upwards with expansive monetary policy, they may fall back down as the Fed puts the clamps on cheap money. Although the technology is in a much better place now than it was at the end of Bitcoin's last bull run, traders expect more downside in the short term. Arthur Hayes, a high-profile crypto investor, predicted $30,000 Bitcoin and $2,500 Ethereum at the end of Q2 in his latest essay called The Q-Trap.

Crypto bulls may want to go easy on the leverage in the coming weeks if they want to avoid a third liquidation record in short succession.

Crypto News
CZ Wishes Coinbase Well... But Says Binance Has No Plans for an IPO
Changpeng Zhao has also revealed that he believes the $100 billion valuation secured by Coinbase is low.
Автор: Connor Sephton
год назад
2м
Crypto News
Let Traders Self-Exclude from Exchanges, Charity Says
Gamcare spoke to one person who was on trading apps for 16 hours a day — chasing losses and lying to their family about the situation they were in.
Автор: Connor Sephton
5 месяцев назад
3м
Crypto News
Bitcoin Felt the Love on Valentine's Day. Then It Was Dumped
Bitcoin suffered a nasty correction after coming within inches of breaking $50,000 for the first time.
Автор: Decentralized Dog
год назад
2м
Все статьи