What Is Solar (SXP)? Features and Tokenomics

CoinMarketCap Alexandria takes a deep dive into Solar (SXP), a rebranded layer-one blockchain with big plans for the future. 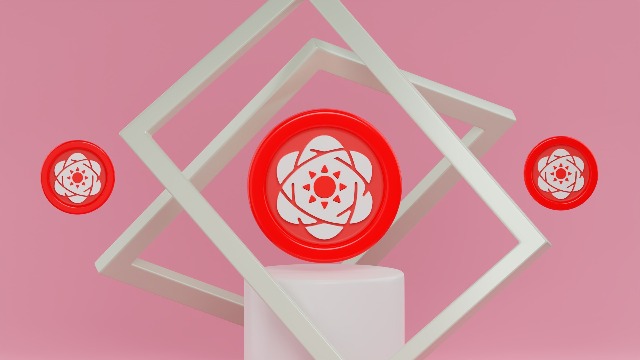 Solar (SXP) is an open-source layer-one blockchain for decentralized peer-to-peer payments. It runs on a delegated proof-of-stake consensus mechanism and is governed by a DAO. Solar’s block producers are called Delegates and secure the blockchain through a vote-based system using the native SXP coins.
Solar lays its focus on creating a community-driven blockchain, which will one day be comparable to blockchains like Ethereum and Solana. To achieve this ambitious goal, Solar overhauled its previous ecosystem called Swipe and developed a new testnet and mainnet under the guidance of a new team, which is controlled by a DAO. In the first quarter of 2022, Solar has been able to tick off a few significant milestones on its roadmap:
Future development will focus on improving governance and increasing interoperability between Solar and other ecosystems.
Subscribe

How Does Solar Work?

The pillar of Solar’s ecosystem is its delegated proof-of-stake blockchain called Solar Core. It is a fork of the Ark blockchain that promises to be fast, modular, sustainable, efficient, and fully decentralized. However, Solar differs from Ark by fully utilizing Schnorr signatures, resulting in improved privacy for users.
In its dPoS consensus mechanism, 53 delegates operate as nodes responsible for securing and maintaining the Solar blockchain. Block production is split into rounds and blocks. Each round consists of 53 blocks, and each delegate submits one block per round. The time of block submission on Solar is eight seconds, and thus considerably faster than blockchains like Bitcoin or Ethereum but slower than a chain like Solana.
The block reward for each round is 530 SXP and is split according to the following formula:

Thus, a delegate ranked 1 will receive at least 6,75 SXP per round, while a delegate ranked 53 will receive at least 13,25 SXP per round. Delegators also earn a share of the transaction fees. Currently, the supply of SXP is inflationary and fixed at 530 SXP per round. However, the community has the right to change this via a governance proposal in Q3 2022, which needs to be passed by voters and delegators.
As on other delegated proof-of-stake blockchains, voters elect the delegates that validate blocks. Delegates, in turn, can choose what share of the rewards they keep as commission and what is returned to the voters. Solar has no vote-escrowed mechanism, meaning the number of tokens staked to a delegator cannot be leveraged by locking in the tokens.
However, Solar nudges voters towards choosing delegates that contribute to the ecosystem through development, security improvements, marketing, or moderating. Unlike delegates that choose to sell their block rewards, long-term-oriented delegates can prevent a steady decrease in the price of SXP by prioritizing the network’s development.

The Solar roadmap outlines how the ecosystem plans to develop in 2022. For the second quarter of 2022, Solar plans to implement several key milestones, such as:

These are only a few of several objectives. For the remainder of 2022, Solar will enable a governance module, issue its first grant, and launch the Solar Launchpad, among other goals.

The Side Ledger Protocol (SLP) allows users to create fungible and non-fungible tokens on the Solar blockchain, similar to the ERC standard on Ethereum. This will be possible, thanks to the Solar wallet and the software development kit, which is to be launched in the second quarter of 2022. Sending SLP tokens on Solar will be as cheap as 0.2 SXP per transaction. Fungible or non-fungible tokens can be created for only 5 SXP. Solar introduces a deflationary dynamic to its ecosystem with this function, as sufficient activity would mean more SXP is burned than created.

Solar plans to launch its own metaverse and NFT marketplace that integrate SLP features and allow creators to sell digital collectibles. Solar also promises the creation of worldwide quests, mint passes for AMAs with celebrities and influencers, and the creation of additional dApps. The metaverse and the NFT marketplace will also contribute to Solar’s deflationary dynamic by burning SXP for transaction fees.

Solar expects that with rising popularity, other projects will choose Solar as their settlement layer and deploy their own decentralized applications. Therefore, the Solar Launchpad will offer several features that benefit token holders and fledgling projects:

Current Solar wallets are a fork of Ark repositories and are only equipped with basic functions. Thus, Solar will deploy new desktop, mobile, and browser wallets that can deliver on its planned metaverse and SLP features.

SXP is the network’s utility and governance token. It is used to vote on governance proposals, and voters can delegate it to earn a share of the block rewards. All 480 million SXP that currently exist as ERC-20 or BEP-20 tokens are being swapped at a 1:1 ratio for SXP on the Solar mainnet, thus the total supply of Solar will not be increased.
Solar has implemented several deflationary mechanisms to curb the growth of its supply. The Treasury smart contract holds 40,800,000 SXP whereas the Founder’s Wallet holds 50,000,000 SXP.

Solar is trying to revive a long-standing project with an interesting take on all things currently en vogue in the crypto industry: NFTs, metaverse, and launchpads. Its consensus mechanism and blockchain architecture look sound and should square well with the increased awareness for “carbon-neutral” blockchains.

Whether Solar can return to previous all-time highs will depend heavily on how well it can execute on its ambitious roadmap. Many layer-one blockchains have competed for a spot at the top, but only a selected few can credibly rival Ethereum as the market leader for decentralized applications. If Solar indeed manages to deliver on its extensive plans, it could turn out to be one of the bullish surprises among L1 chains in 2022.