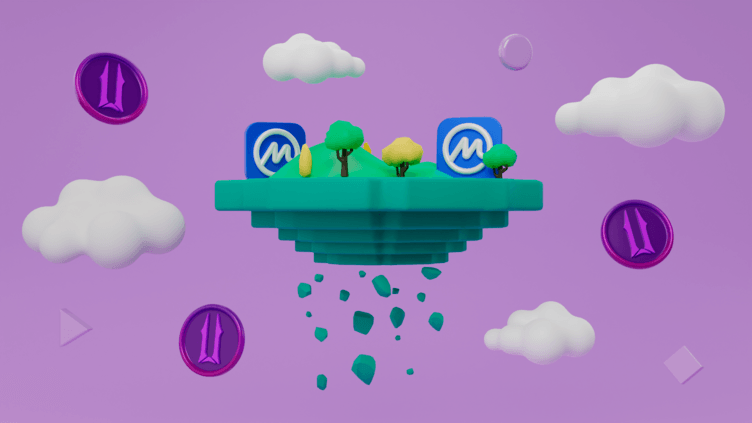 Blockchain games aren’t anything new. In fact, there are hundreds of them available, many of which have gone on to achieve a great deal of success — with the likes of CryptoKitties, My Crypto Heroes, Axie Infinity and more having successfully attracted a sizable player base.
But to date, we haven’t yet seen a game that could be considered a true AAA title with a broad appeal. Yet, with Illuvium on the way, this may not be the case for much longer.
Subscribe

What Is an Interoperable Blockchain Game?

Illuvium was initially promoted as an AAA-grade blockchain-powered explorer game, but the scope of the project has now expanded considerably.

Today, Illuvium is billed as the world’s first “interoperable blockchain game”. Essentially, this means the team behind the project is building a Web3 gaming ecosystem where in-game assets (tokenized as NFTs) will be usable across a range of different platforms, products and experiences.

As an interconnected ecosystem of Web3 games, Illuvium hopes to provide players with an open ecosystem where they are free to create, use/trade their assets, and build their in-game legacy.

The team behind the project already has several games in development. These include the originally planned Pokemon-like title known as "Overworld" which sees players navigate a lush 3D landscape and battle rare and powerful creatures known as "Illuvials".

The second game is an industry builder-type title that allows players to buy, own and develop NFT-based LAND. The resources gathered through this process can be used in the Overworld and potentially other titles in the Illuvium ecosystem. This is known as “Illuvium Zero” and is available on both mobile and desktop platforms.

The third game being developed is a card-style auto-battler called Arena. The game allows players to automatically battle their Illuvials and take part in a deceptively complex battle system that allows players to potentially win a variety of rewards. The game has three different modes (Encounter, Ascendant and Leviathan) — each tailored to different player types and experience levels, providing a range of gameplay experiences.

Illuvium Arena is currently in the private beta phase of development and is coming soon to PC and Mac.

What Is Illuvium’s Current State of Development?

Illuvium has been in development for more than two years and given the scope of the game, it appears to be following a more traditional game development schedule — with typical AAA studios taking 2-4 years to ship a polished product.

Right now, Illuvium has three games in public development (Illuvium Zero, Arena and Overworld). But the founders have previously hinted that a further six games are planned. Though the full details of these are yet to be announced, Illuvium co-founder, Aaron Warwick, did share that one of these is a first-person shooter.

“We already have in the works, at various levels of concept, probably 15 to 20 games that we think could work. We’ve got some basic game design documents for five or six of them that we think are very obvious ones that can exist in our universe,” said Warwick in an interview with Polemos. “There is a first-person shooter that is at a very low level of concept.”

As it stands, there are still three main titles in development.

The team also stated that many people playing Illuvium won’t even know they’re playing a blockchain-powered game — since they plan to put most of the blockchain elements in the background.

Likewise, it will be employing a fun-first model, allowing players to enjoy the titles for their entertainment value, rather than relying on pure play-to-earn tokenomics like other games.

Where to Trade the $ILV Token?

As of writing, ILV is the seventh largest gaming token, behind juggernauts like SAND (The Sandbox) and AXS (Axie Infinity).

It’s also relatively liquid, with the token typically racking up $3 to $6 million in daily trading volume across more than a dozen popular exchange platforms.

Binance currently stands out as the most liquid exchange for $ILV, with the platform typically capturing around 40% of all $ILV trading volume. The token is also supported by several other well-known platforms, including Coinbase, KuCoin and OKX.
All four of these platforms have posted their Proof of Reserves (POR).

It’s also available to trade on most of the popular decentralized exchanges (DEXs), including Uniswap and Uniswap.