TI Weekly Research: May 19, the Darkest Time
Índice
Is There Widespread Panic in the Market?
What Is FOMO?
What Happened Around May 19th?
After Darkness: The Market Is Still in a High-Risk Phase
Trading Analysis

TokenInsight takes a look at what happened during one of the largest market crashes this year so far. 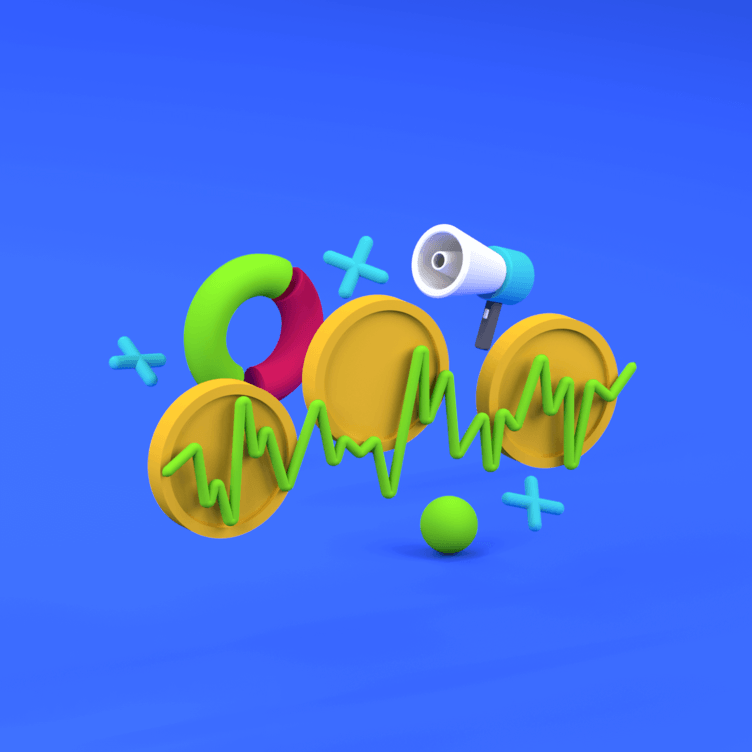 The market has stabilized from the temporary panic, as of 14:00 on May 21, the price of Bitcoin dropped to $29,000 and was stable near $40,000, and Ethereum has also successfully maintained at $2,500, however, a large number of contract liquidations, selling pressure caused by panic selling, DeFi serial liquidation and other information still make investors feel lingering. Even the "industry giant V" Justin Sun has even been liquidated away from his 600,000 ETH position; it can be said that May 19 is the "darkest time" in this bull market in the crypto asset market.

Since May 18, TokenInsight has closely followed the changes in various market data throughout the process. Has the bull market ended? What factors caused the sudden panic and plunge in the market? We found some clues through a variety of data indicators.

Is There Widespread Panic in the Market?

Indeed, there was a panic in the market, but this time it did not trigger a "widespread panic."

Speculators placed a great amount of bets on perpetual, and the market performance often reflects the mood of speculators. In terms of trading volume, the market trading volume is basically the same as the large-scale fluctuations at the end of February: taking Bitcoin as an example, the market perpetual volume on February 23 and 24 reached more than $370 billion, and this time the perpetual trading volume was around $320 billion, not the highest this year. The possible reason is that the market has established expectations of a decline in a long-term sideways market. Therefore, the scale of panic selling is relatively limited in this decline. The greater possibility for the growing trading volume is perpetual liquidation.

Of course, the sell-off is not non-existent: as of 15:00 on May 21, Bitcoin perpetual holdings fell to $15.6 billion, a 29.54% drop compared to last week, slightly higher than the weekly price fluctuations of around 21%. It shows that some investors have chosen to liquidate their positions in a highly volatile market, but overall, the decline in market positions has not been significant, and has not reached the standard of "significant impact".

On the other hand, the amount of liquidation confirms the view of "limited panic". Before the large-scale liquidation on May 19, the scale of liquidation caused by the sharp drop on April 17 was actually relatively larger: Bitcoin fell from around $62,000 to $55,000. The long and short sides combined liquidation exceeds $10 billion. At this time, expectations for a decline have been established; there is consensus that there will be a callback in the market in mid-year. Due to the early release of pressure, the liquidation volume on May 19 was less than $8.6 billion, which largely avoided the liquidity crisis and even further chain reactions caused by excessive market liquidation.

In the spot market, there was the second peak on May 19th since the beginning of January: the day after the price fell, the transaction volume of Bitcoin reached $45.64 billion, and the spot transaction volume of all-market tokens reached $232.3 billion. There seems to be a massive sale, but it is not. While a large number of individual investors choose to sell digital assets, some European and American investment institutions and individual investors who intend to "buy the dip". The large number of buying and selling operations that day pushed up the trading volume, and of course it also dysfunctioned exchanges: Binance and Coinbase both experienced varying degrees of trading congestion and downtime due to excessive data processing and liquidation. However, with the combined efforts of liquidity providers, market makers, quantitative hedge funds, exchanges, and even individual investors, the liquidity of the digital asset market has not been significantly affected.

From the perspective of capital inflow/outflow, after the 19th, the capital in mainstream digital asset markets such as Bitcoin and Ethereum is actually in a state of inflow. Within 24 hours, the inflow of funds in the Bitcoin market reached $250 million, and Ethereum reached $330 million. On the whole, the outflow of Bitcoin funds in the past month, the inflows of the high-yield digital asset market such as Ethereum has not changed, and the market value of Bitcoin still remains below 45%.

The inflow and outflow of funds in different exchanges within 24 hours also revealed the regional nature of panic and selling. On Binance, Huobi, OKEx and other exchanges, the Bitcoin market is in a state of outflow or close to outflow; the sell-off is dominated by small amounts. A large number of users of the three exchanges are from East Asia, and Huobi and OKEx exchanges account for the majority.

Changes in Bitcoin market capital flow on Binance, Huobi, and OKEx exchanges in the past 24 hours, source: tokeninsight.com

What Happened Around May 19th?

It is easy to find that the crowds of panic selling mainly come from East Asia. Let us sort out the background of the incident:

Since the bull market began, one of the largest stock markets in Asia has seen a large amount of net outflows. Among them, the large outflow of funds from public funds has continued, with an average daily outflow of $2.44 billion. The large number of fund redemptions from the beginning of the year may be an important influencing factor.

Where did the money go? In the past month, Bitcoin on the Binance exchange has received approximately $83 billion, while Huobi and OKEx have received nearly $30 billion. It is just Bitcoin. If you calculate the derivatives market, the amount of funds inflows in the entire digital asset market is surprisingly amazing, of which a large amount of funds inflows come from East Asia.

In contrast, since the beginning of this year, the amount of funds raised within the stock market has plummeted:

After Darkness: The Market Is Still in a High-Risk Phase

It is true that on May 19, the digital asset market as a whole was not severely hit. However, as the Fed considers the impact of factors such as stopping QE,  raising rates, and high inflation, the funds flowing into the digital asset market may gradually flow out in the future, and even pierce the bubble and end the bull market under the influence of certain major events. But it is still too early to announce the end of the bull market .

However, the current volatility gap continues to be positive and has expanded, indicating that high volatility and downward trends are still in the process; considering the predictive effect of the volatility gap on market performance, the digital asset market has a high risk situation in the coming days. Market confidence needs time to recover; and from the expectations of professional investors, the time required for the market to return to the normal level during the bull market (2 trillion US dollars in market cap) may take longer than expected. Risk expectations and control will become the core themes of investors in recent days and even weeks.