After forming a bullish inverse head and shoulder pattern, Bitcoin failed to rally. Let’s analyze web3 coins to see if there are any hidden bullish patterns! 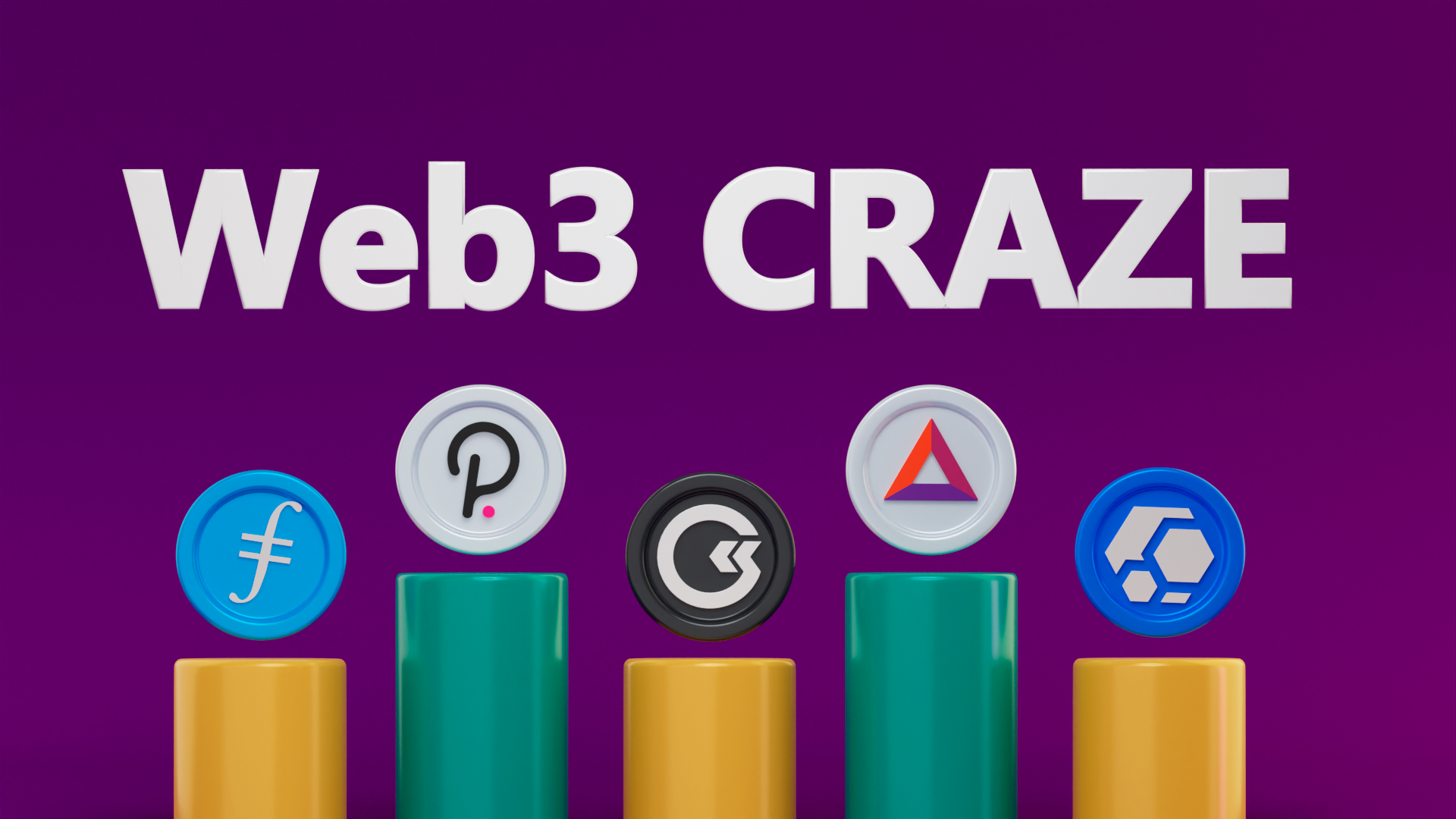 After forming a bullish inverse head and shoulder pattern, Bitcoin failed to rally. In turn, it broke down by over 6% on Thursday, which led to Bitcoin breaking the $19,000 level. Is this an indication that the market has not bottomed out and could soon break the low of $17,600? Let’s have a look to see what the coins are indicating.

In the previous analysis, we had anticipated that Bitcoin would form a zone and trade sideways, which is exactly what was seen last week. The bulls seemed to be in control after an inverse head formed, indicating a strong rally to the resistance at $26,000. However, this view was invalidated after Bitcoin broke down on Thursday causing the pattern to fail.

It is not looking like this was the bottom for Bitcoin, as it was not able to break back above the resistance at $22,500. This is why any fresh buys should be held off until we see a clear breakout above $22,500. Another sign of the bulls being weak was seen on Friday when Bitcoin recovered to $21,000 during the day. However, it closed at $19,000 after the buying volumes seemed to die down. If the low of $17,600 is broken, expect a rapid move to $16,800. Bitcoin could also be heading for a double bottom pattern. It could mark the bottom, but it is too early to anticipate such a pattern formed.

To keep the analysis as accurate as possible, we will be sticking to the logarithmic chart and the 4H time frame just like last week.

In the chart of LINK, we can see that the support at $6 was tested multiple times last week. But the bears were finally able to break the support on Thursday. It is looking like LINK will now test the trendline support at $5.65, which must be held by the bulls. A drop to the low of $5.30 could be seen if the trendline is broken.

LINK was consolidating in a tight range on Monday, signaling that a significant move could be seen soon. Will LINK be able to break above $6?

Traders can expect a strong rally to $7.55 if the consolidation can result in the trendline being respected by the price. It could lead to a strong bounce from the trendline. A close above $6 must be seen as a confirmation of the bounce.

Want to learn more? Check out our guide on how to trade futures on Binance!

After a rally of over 50% last week, the buyers seem to have started booking their profits. HIVE was trading over 14% lower on Thursday as it was poorly underperforming against Bitcoin. This is not the best sign for traders expecting the up move to continue. It is looking like HIVE has started a retracement to the Fibonacci 0.618 level after it broke a crucial support at $0.57 on Thursday.

The bulls should return near the support at $0.44, which is also the Fibonacci 0.618 level. However, if this level is not sustained, expect HIVE to head right back to where the rally started.

At the time of writing, HIVE seems to be breaking the support at $0.44. This is the reason why traders should avoid any long positions. The bulls have lost the $0.618 level, which was crucial support. Therefore, HIVE could now be heading towards the next support at $0.318. Traders should wait for a close above $0.44 to expect the downtrend to end, which is not likely at the moment.

Traders should be cautious and must wait for a clear reversal near the support at $0.44 before executing any fresh buys.

The supply zone that we identified in last week’s analysis has once again proved to be too strong for DOT to break through. The bears came in full force near the supply zone at $8.5, causing the price to dive straight to the crucial support level at $6.50.
After approaching the support at $6.63 DOT has been trading in a very tight range. A reversal must be seen soon. Otherwise, the support will keep getting weaker, resulting in a breakdown. If this support is not held, we can expect a new 52-week low to be set by DOT. A slight RSI divergence that is hinting towards a reversal is also visible. However, the buying volumes are currently nowhere to be seen.

This is why traders should avoid buying DOT until it is able to register a strong bounce from the support level. Once a bounce is seen, we can confirm the formation of a triple bottom pattern. Traders then can set targets at the supply zone at $8.50. It is important for traders to be patient and wait for a clear reversal before buying DOT as a breakdown could still be seen.

After a strong reversal in the trend seen at the low set in February 2021, the price was rejected by the supply zone at $0.43. This was followed by a strong downtrend to the support level at $0.35. However, last week BAT strongly outperformed Bitcoin to test the supply zone. It was rejected once again. Now it will likely test the support zone at $0.35.

The price must stay above $0.35 for the uptrend to continue. Traders can expect a strong rally once BAT is able to break out from the supply zone at $0.44.

A strong rally could only be seen once the resistance at $0.44 is flipped. A close above $0.44 could make the bulls return. However, it is not likely as the price seems to be headed towards the support at $0.35.

If the support is broken, expect the price to test the next support level at $0.30.

FLUX has been the weakest coin compared to the others for the past few weeks, and it seems to be the case once again.

FLUX rallied by over 30% last week, but the price shortly plunged back to the support level at $0.4. FLUX could soon hit a new all-time low as it is trading dangerously close to the last standing support. Traders should stay away from FLUX at the moment. It has formed a very bearish structure, and a reversal does not seem likely any time soon.

Remember that this is all based on the subjective views of the writer. As always, DYOR!
This article contains links to third-party websites or other content for information purposes only (“Third-Party Sites”). The Third-Party Sites are not under the control of CoinMarketCap, and CoinMarketCap is not responsible for the content of any Third-Party Site, including without limitation any link contained in a Third-Party Site, or any changes or updates to a Third-Party Site. CoinMarketCap is providing these links to you only as a convenience, and the inclusion of any link does not imply endorsement, approval or recommendation by CoinMarketCap of the site or any association with its operators. This article is intended to be used and must be used for informational purposes only. It is important to do your own research and analysis before making any material decisions related to any of the products or services described. This article is not intended as, and shall not be construed as, financial advice. The views and opinions expressed in this article are the author’s [company’s] own and do not necessarily reflect those of CoinMarketCap. CoinMarketCap is not responsible for the success or authenticity of any project, we aim to act as a neutral informational resource for end-users.
3 people liked this article