CoinMarketCap and Nansen look at the most exciting events in the NFT space — from Instagram testing out NFT features with a select group, to Beeple and Madonna's new exclusive NFT launch. 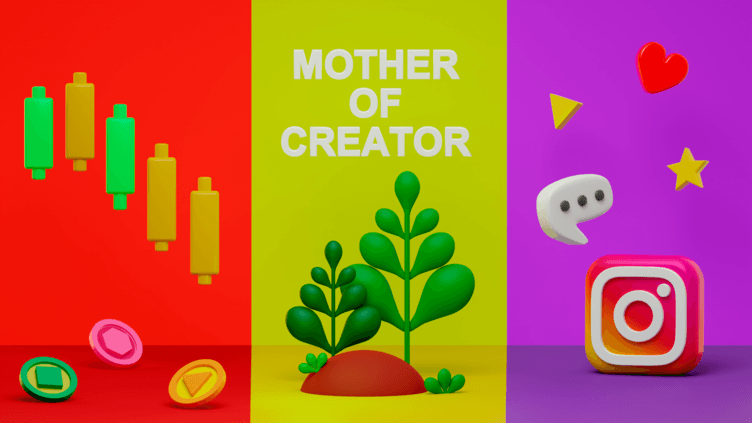 The past week has been quite gloomy for the non-fungible token (NFT) community, with several top collections recording massive price drops. But this was not enough to stop a collector from spending a record $1.5 million on an Otherdeed NFT.

From Coinbase’s struggle to attract users to its NFT platform to Instagram’s move to test NFT features this week, here’s a rundown of some of the top stories in the space.

Months after news broke that Instagram was working on a feature that would allow users to display their NFTs on its platform, the social media giant has confirmed that it will begin testing NFTs this week.
Instagram head Adam Mosseri made the announcement on Monday, confirming that the platform will kick off its NFT tests with a select group of creators in the United States. According to him, users will not be charged any fee for posting or sharing NFTs on the platform. Moreover, Instagram will support Ethereum and Polygon NFTs at launch, with support for Solana and Flow blockchain coming later.

The selected testers will be able to share digital collectibles on their NFT feed, stories and messages. And although only a limited number of people have access to the NFT test, the company plans to roll out the functionality to more users after receiving feedback from the initial testing phase.

Mosseri was quick to talk about the decentralized nature of NFTs and Instagram’s place as a centralized platform in the whole ecosystem.

“I want to acknowledge upfront that NFTs and blockchain technologies are all about distributing trust and distributing power,” Mosseri said in his announcement. He added:

“But Instagram is fundamentally a centralized platform, so there’s a tension there. So one of the reasons why we’re starting small is we want to make sure that we can learn from the community. We want to make sure that we work out how to embrace those tenets of distributed trust and distributed power, despite the fact that we are, yes, a centralized platform. We do think that one of the unique opportunities we have is to make web3 technology accessible to a much broader range of people. And NFTs specifically we think will be interesting not only to creators who create NFT art, but also to people who want to collect it.”

Meanwhile, Meta CEO Mark Zuckerberg revealed that similar functionality would be integrated into Facebook and other Meta apps sometime in the future. Notably, he said that Meta will be working on supporting augmented reality NFTs via its software AR platform, Spark AR.
A number of social media giants have embraced the NFT mania. Twitter, for instance, already enabled NFT profile pictures for premium users. Similarly, YouTube CEO Susan Wojcicki said the platform may support NFTs in a bid to help creators make more money.

While the NFT market appears to be independent of the price fluctuations in the general crypto market, the sector was also hit by the latest drop. Nansen’s NFT-500 index has dropped 21% in a week.

Crypto prices fell sharply over the past week, with Bitcoin plunging below $30,000 for the first time in ten months. The NFT market was not spared from the onslaught as the floor price of several top NFT projects recorded double-digit losses.

Bored Ape Yacht Club (BAYC), for instance, has seen volatile price movements in the past weeks. The lowest-priced piece in the collection hit an all-time high of 152 ETH (about $429,000 at that time) on April 29. A few days later, it lost almost 30% of its value, dropping to 105 ETH, or about $292,000. As of press time, this figure had dropped to 100 ETH on the OpenSea marketplace, just over $192,100 with Ethereum sitting at its lowest point since July 2021. The drop in prices represents a nearly 55% dip in just ten days.

CryptoPunks, another top Ethereum-based NFT collection, recorded a 19% loss within the last 7 days, with others like CloneX and Azuki plunging by 32% and 69%, respectively.

The losses also extended to top Solana collections as well. Okay Bears, DeGods and Cets on Creck are all down in prices from their all-time highs.

Despite the declining prices for several top NFT collections, it is worth noting that the wider NFT market recorded a month-over-month increase in trading volume of nearly 45% in April. In general, the NFT market is on track to beat 2021’s total of $25 billion in trading volume. As per data from DappRadar, the industry has seen nearly $16 billion worth of sales volume since the beginning of the year.
Interested in tracking NFT market data? Nansen has multiple NFT dashboards available for free. Sign up for a Nansen Lite account today!

Popular NFT artist Beeple has teamed up with the queen of pop Madonna on an exclusive NFT project. Dubbed “Mother of Creation,” the NFT collection showcases the singer giving birth to different aspects of life.

Interestingly, the duo have been working on the project for about a year. Mother of Creation features just three single-edition NFTs, all digital renders of a naked Madonna with animations of objects coming out of her private parts.

The first item from the collection is called “Mother of Nature.” It focuses on plant life and depicts Madonna giving birth to a tree that blossoms as it comes out of her body.

The second NFT, titled “Mother of Evolution,” highlights animal life. Again, the singer is depicted naked and seated in a modified vehicle in the middle of a crumbling city. Several butterflies come out from her.

In the third piece, the creators try to highlight technological advances. Titled “Mother of Technology,” several biomechanical centipedes come out of the vagina of Madonna, who is lying in the middle of a forest.

The exclusive NFT collection went live on auction at Superrare marketplace on May 11. As of press time, there were already bids of over $10,000 for “Mother of Evolution” and “Mother of Technology,” with “Mother of Nature” attracting more than twice the amount.

The auction will be open until May 14 after which proceeds from the sale will be donated to three different charities.

Meanwhile, the pop Diva told the New York Times that the provocative nature of her NFTs is not without purpose.

NFT market prices may be dwindling but that is not enough to stop a collector from spending a premium on a piece of virtual land on Otherside.

An avid NFT collector known as n0b0dy.eth has spent a record $1.5 million on Otherdeed #59906, a parcel of land on Yuga Labs’ upcoming Otherside metaverse project. The said plot is one of the rarest virtual lands from the collection, being ranked the eighth-rarest on Rarity Sniper.

Speaking of the land’s rarity, Otherdeed #59906 contains a 1 of 1 artifact that was shown in the official Otherside trailer.

n0b0dy.eth’s NFT portfolio is estimated to be worth 3.5K ETH by Nansen’s wallet profiler, with the large majority of its value being derived from the Yuga Labs owned collections. Note that the estimated value likely underestimates the true value if the collector has extremely rare 1/1 NFTs or traits.

Yuga Labs’ Bored Ape Yacht Club has risen to become one of the most popular NFT collections. It doesn’t come as a surprise that the company’s foray into the metaverse is also gaining a lot of traction. The company raked in over $320 million from the issuance of 55,000 Otherdeed NFTs a few weeks ago, making it the highest gross for an NFT project to date. And although the details of Otherside are yet to be revealed, Yuga Labs had mentioned that it is working with gaming companies Improbable and Animoca Brands on the project.
“Otherside blends mechanics from massively multiplayer online role-playing games (MMORPGs) and Web3-enabled virtual worlds. In partnership with Improbable, the metaverse technology company, Yuga Labs aims to create a MetaRPG universe where the players own the world, where any NFT can become a playable character, and thousands of people can play together at the same time,” said Improbable in a recent blog post.

Last week, DeGods DAO purchased a professional basketball club in Ice Cube’s BIG3 league. More participants, including Snoop Dogg and Gary Vee, have stepped up to grab a piece of fractionalized team NFTs.
On Saturday, Ice Cube announced that a group of tech entrepreneurs led by Sunny Deep, Vinny Lingham and Kevin Rose had purchased all the 25 Fire-Tier NFTs for his BIG3 team Tri State. The American rapper and actor also named Moonbirds, Rose’s NFT collection of 10,000 owl avatars, as the community sponsor behind the purchase.
But that was not all. Snoop Dogg also teamed up with PayPal co-founder Ken Howery to buy all the 25 Fire-Tier NFTs associated with the BIG3 team Bivouac. And still this weekend, entrepreneur Gary Vaynerchuk bought 25 Fire-Tier editions of the 2019 championship-winning Triplets. Howery, in a Friday statement, said:

"The league’s embrace of NFTs as ownership rights is both visionary and practical; key features of every smart investment."

Being a leading crypto exchange is no guarantee that every product will be a smash hit. Coinbase’s recently launched NFT marketplace appears to be failing to attract the needed buzz. The once highly-anticipated platform has seen less than 1,500 users, according to data.

Coinbase NFT was opened to the public last week. However, the marketplace saw less than 150 new users on its first day. According to public blockchain data available on metrics site Dune Analytics, Coinbase NFT had seen just 1,112 active users as of last Wednesday.

The said figure does not consider those that may have signed up for the platform via email and are yet to make a trade. So far, these details are yet to be shared by the company.

On its first day of going public, the platform traded a meager $75,000 worth of Ethereum. Comparatively, a Bored Ape costs more than that amount.

The low patronage may not be unconnected with the stiff competition within the space. Dedicated marketplaces like OpenSea, LooksRare, Rarible and SuperRare also dominate the space, with more competitors springing up.

On Wednesday, Kraken opened the waitlist to its NFT platform, which it claims will offer zero gas fees through custodied trading.
On its part, Coinbase has not offered any dramatic financial incentives to users who would want to make the switch to its platform. Moreover, the timing for the launch comes at a time when the crypto market is swimming in a pool of red.
As expected, Crypto Twitter has taken sides in response to the platform’s performance. One user tweeted:

“I haven't sold a share of Coinbase but will sell all my shares if the company doesn't make a strong move in NFTs in the next year. The current NFT product is not it...”

Another argued that the functionality of the platform does not matter since the goal is to onboard newbies.

“Coinbase NFT is pretty underwhelming but keep in mind that this was always about attracting newbies who have no exposure to the space at all power users complaining about missing features is pretty irrelevant to whether this has an impact on the market or not.”