More than a year after its launch, Africa's largest country hasn't managed to convince even 1% of its citizens to adopt its central bank digital currency, the eNaira. 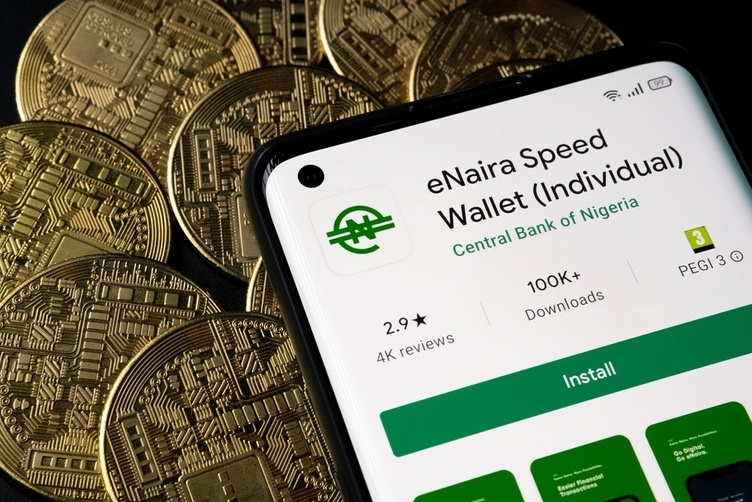 Nigerians can now only withdraw $45 a day from ATMs — with officials attempting to boost adoption of its flagging central bank digital currency.

The new policy, which caps weekly withdrawals at $225, comes five months after the Central Bank of Nigeria's governor criticized local financial institutions for failing to support the eNaira.

This CBDC was introduced to the country of 211 million in October 2021, but less than 1% of its citizens are yet to embrace it.

A new directive has ordered banks to impose the withdrawal limits, with citizens and corporations encouraged "to use alternative channels… to conduct their banking transactions" — including internet banking, mobile banking apps, USSD quick codes and the eNaira.

Corporations are limited to withdrawals about five times larger than individuals, and banks are being threatened with "severe sanctions" for "aiding and abetting" circumvention of the policy.

The eNaira's launch has been rocky with banks less apathetic than hostile — fearing the CBDC will cut into their mobile banking fee income, make it easier for people to adopt electronic payments without opening bank accounts, and more disintermediate banks from their customers. American financial institutions have raised similar concerns over the prospect of a digital dollar.

By August, just 840,000 people had used the eNaira and only 240,000 were active users, the CBN reported. It announced a goal of eight million.

By the eNaira's one-year anniversary in late October, Bloomberg reported that less than one million Nigerians were using the eNaira. The central bank's governor said at the time:

"Just like the naira, the eNaira is expected to be available to all Nigerians and will provide more possibilities to bring the unbanked into the digital economy."

Still, other digital payments methods have been successful. Earlier this year, Telecom MTN Nigeria reported that after launching a mobile payments solution, 4.2 million digital wallets were opened in two months.

Another problem the eNaira is having is that it is a version of Nigeria's official currency, the naira, which has seen inflation of more than 21% this year amid soaring food prices.

The adoption of cryptocurrencies has been soaring, with blockchain intelligence firm Chainalysis' 2022 Global Crypto Adoption Index naming it the largest adopter of cryptocurrency in Africa and ranked No. 11 worldwide.