LUNA-Bound: Exploring the Terra Ecosystem
Índice
Overview of Terra (LUNA)
The Year So Far for LUNA
Anchor: A Benchmark Interest Rate for Crypto
Mirror Protocol: Assets Reflected on the Blockchain
Mirror Protocol V2: Live on Mainnet
So How Does It All Fit Together For Terra (LUNA)?
Outlook for LUNA coin
Tech Deep Dives

This week, Flipside Crypto takes a deep dive into the progress and development of Terra. 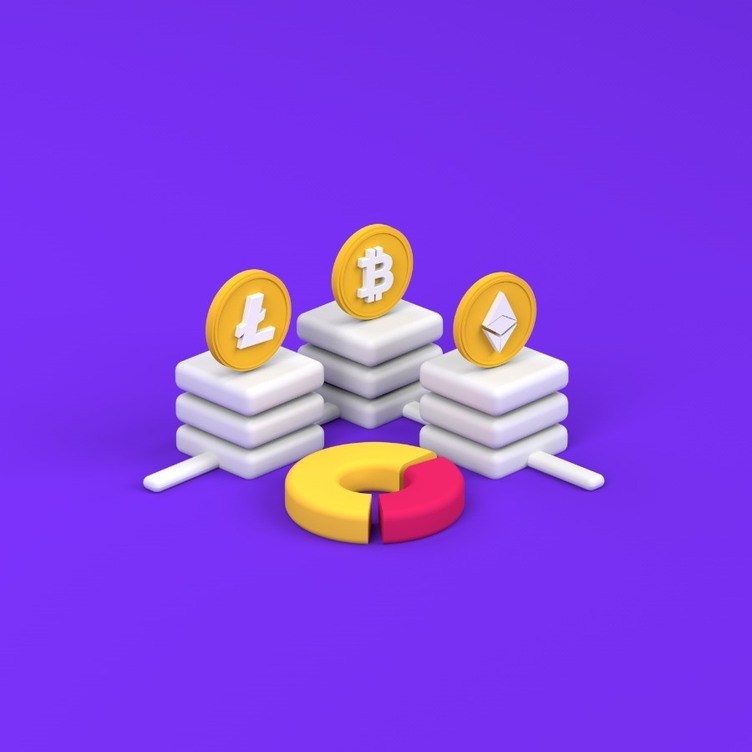 In a year that’s full of exciting crypto projects making waves, Terra has been one of the standouts. Since launching in late 2020, Terra has added several new projects and their respective tokens, including Mirror (MIR) and Anchor (ANC). While each is compelling on its own, these projects truly shine when viewed as part of a broader ecosystem.
Since we wrote about Terra and LUNA (its main governance token) just three short months ago, this article provides only a brief overview of the project. For those seeking a more general introduction to the Terra ecosystem, a list of resources is provided at the end.
Subscribe

The Year So Far for LUNA

A quick glance at the LUNA token’s growth explains much of the buzz around Terra and its associated projects. At time of writing, the LUNA token was trading around $17.60 — up from $1.31 on January 26. Not a terra-ble return (Unlike this pun. No more, we promise.)

While no one would argue that hype has played a role in LUNA’s explosive growth, Terra’s value is rooted in real-world factors. According to its founder, Do Kwon, Terra ranks third in number of transactions on all blockchains (after BTC and Ethereum) in September 2020.

Terra’s success in attracting participants is due in part to the program’s exposure to the booming retail payments market in East Asia. The associated e-wallet, Chai, has more than 2 million active users and over $1.2 billion in annualized transaction volume.

Consequently, Terra has proven able to generate robust cash flows, which it can return as rewards to its network participants:

The hype around GameStop earlier this year revealed the value of a token that is immune to interference. Many retail traders were incensed by Robinhood’s decision to temporarily halt trading. Additionally, traders outside the United States frequently have difficulty accessing the U.S. stock market. Mirror offers these users the ability to participate in price action without owning the underlying assets directly.

For more information on the Mirror Protocol, check out the Resources at the end of this article.

An exciting new entrant to the Terra ecosystem earlier this year was Anchor (ANC). Part of Terra’s ethos is maintaining price stability for its native stablecoin (UST), in response to fluctuations in other stablecoins (especially DAI) due to market pressures.
Anchor takes this one step further, offering a 20% return on stablecoin deposits. In a recent Ask Me Anything, Do Kwon described Anchor as filling the role of the federal funds rate in the world of blockchains.

Strictly speaking, the “federal funds rate” refers to the target lending rate that the Federal Reserve (more specifically, the Federal Open Market Committee or FOMC) establishes for banks that lend to other banks overnight. In practice, the federal funds rate serves as a benchmark for interest rates more broadly, affecting any financial institutions or consumers who borrow or lend money.

Put more simply: a stable baseline interest rate would be a massive achievement for decentralized finance more broadly. Terra aims to supply exactly that via the Anchor protocol, enabling participants to gain a stable, predictable return on their deposits.

20% may be low by the standards of decentralized finance (DeFi), but what users sacrifice in terms of pure yield, they stand to gain in stability and peace of mind. A predictable interest rate is also likely to appeal to more risk-averse institutions (read: traditional finance) who seek an entry point to put their money into the crypto ecosystem.

Mirror Protocol is a DeFi protocol on the Terra network that facilitates the creation of synthetic assets – termed Mirrored Assets (mAssets). As the name suggests, mAssets mimics real-world assets, giving traders worldwide exposure to these assets without actually owning them.

Users mint mAssets by opening a position and depositing collateral, while Mirror Protocol's role is to ensure that there is always sufficient collateral within the protocol to cover mAssets. Mirror also acts as a market maker by listing them on Terraswap, a Uniswap-inspired automated market maker (AMM) protocol, against UST.
The Mirror token (MIR) is minted by the protocol as a reward token for users who stake LP tokens by providing liquidity to the protocol. To simulate real-world price behavior, users who stake sLP tokens by shorting mAssets are also rewarded MIR. Holders of MIR can participate in the governance of the protocol and receive a share of Mirror Protocol's withdrawal fees.

Mirror Protocol V2 was launched in June 2021, just 6 months after the launch of Mirror Protocol. The main new features introduced are the following:

So How Does It All Fit Together For Terra (LUNA)?

Thus far, Terra has replicated a number of the components of traditional finance. By utilizing its various components, participants can deploy capital that will hold its value in the form of a stablecoin (UST); vote on the protocol via the governance token (LUNA); earn a predictable return or “interest rate” (Anchor); and use the protocol to gain exposure to other speculative assets (Mirror).

Of course, users are also able to earn crypto-assets in exchange for providing liquidity via staking (a form of lending). And, they can exchange their crypto-assets for other assets — just as traditional finance participants can take part in foreign exchange (forex) markets.

A recent Reddit post provides a visual of these various components side-by-side with the other blockchains who likewise aim to replicate the core components of traditional finance.

While each blockchain has its fervent advocates, Terra has a couple major advantages over competitors. Settling transactions on the Terra network takes only a few seconds, and the costs of transaction are much lower than the soaring gas fees that bedevil Ethereum users. And — while others may contest the point — Terra is arguably more user-friendly and less risky than Binance Smart Chain.

Regardless of one’s favorite network, 2021 has shown that Terra is quietly building a network and ecosystem that will enable it to reproduce the core aspects of traditional finance.

It’s still early in 2021, and the launch this summer of the London hard fork to Ethereum will have massive impacts on adjacent or competitor protocols, including Terra and its components. Nonetheless, Terra’s pattern of innovation suggests that exciting developments are on the way as users continue to embrace the Terra ecosystem and its reinvention of traditional finance concepts.

Got questions about Terra, Mirror, or Anchor? Submit them here for a chance to have them reviewed and answered by a community analyst:

I'm a product manager at Flipside Crypto interested in emerging technologies, from AI and blockchain to robotics and clean energy finance.

Tech Deep Dives
A Deep Dive Into Infrastructure Centralization in Ethereum
The inadvertant Ethereum hard fork took a lot of people by surprise — here, we break down how Ethereum can be both decentralized with points of centralization at the same time.
Por Matt Garnett
1 year ago
5m
Blog
CoinMarketCap Launches a New, Enhanced Price Estimate Feature
Now, you can see a history of your own estimates, as well as how everyone else has been guessing for the past six months.
Por Stephanie Liu
11 months ago
2m
Blog
Participate in the $70,000 Rune Airdrop on CoinMarketCap
CoinMarketCap users have the chance to win up to 1 RUNE.
Por CoinMarketCap
11 months ago
2m
See all articles