Fort Worth Becomes First City in U.S. to Mine Bitcoin, as New York Starts Clampdown

Three S9 Bitcoin mining machines are going to operate 24 hours a day in a climate-controlled data center within Fort Worth City Hall. 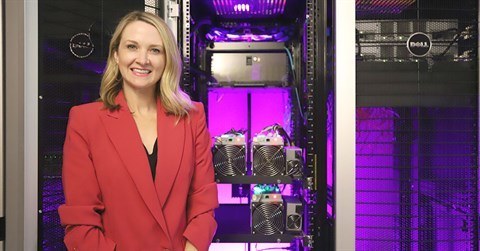 Fort Worth in Texas has become the first city government in America to mine Bitcoin.

Three S9 Bitcoin mining machines are going to operate 24 hours a day in a climate-controlled data center within City Hall.

A six-month pilot program is going to take place, and the equipment has been donated by the Texas Blockchain Council.

Fort Worth's Mayor Mattie Parker officially turned on the machines during a ceremony on Tuesday, and said:

"With blockchain technology and cryptocurrency revolutionizing the financial landscape, we want to transform Fort Worth into a tech-friendly city … These small but powerful machines mark Fort Worth’s larger commitment to becoming a leading hub for technology and innovation."

Officials in the city estimate that each Bitcoin mining machine will use the same amount of energy as a household vacuum cleaner — and it's hoped this will be offset by the value of the BTC that's generated.

Fort Worth says it is the 12th-largest city in the U.S. with a population of more than 800,000 people — and has been ranked as one of the fastest-growing, too.

In other developments, New York State has announced that it is clamping down on Bitcoin miners who fail to use energy from sustainable sources.

A two-year ban is being imposed on mining companies who want to establish operations that don't rely on renewable energy — creating a large carbon footprint as a result.

The bill won't affect crypto mining businesses that are already in operation.

Critics of the measures fear that this could cause mining firms to move to other states.

Crypto News
Elon Gets DOGE Fever...Again
Yesterday wasn’t the first time Dogecoin has skyrocketed as a direct result of one of Musk’s tweets, and it certainly won’t be the last.
Por Will Kendall
9 months ago
4m
Crypto News
32 People Forced to Perform Crypto Pig Butchering Scams Rescued from Myanmar
More than 150 Indian nationals are believed to be trapped in Myanmar after being enticed to move abroad for high-paying roles as "digital sales and marketing executives."
Por Connor Sephton
1 week ago
3m
Crypto News
CoinMarketCap News, Sept 22: Since Bitcoin Launched, Interest Rates Have Never Been This High
Also, Molly Jane Zuckerman on the rise of buzzwords in crypto... and why they really need to stop.
Por Connor Sephton
1 week ago
4m
See all articles