The English Football Club, West Ham United, has joined hands with Fetch.ai as their global and official partner. 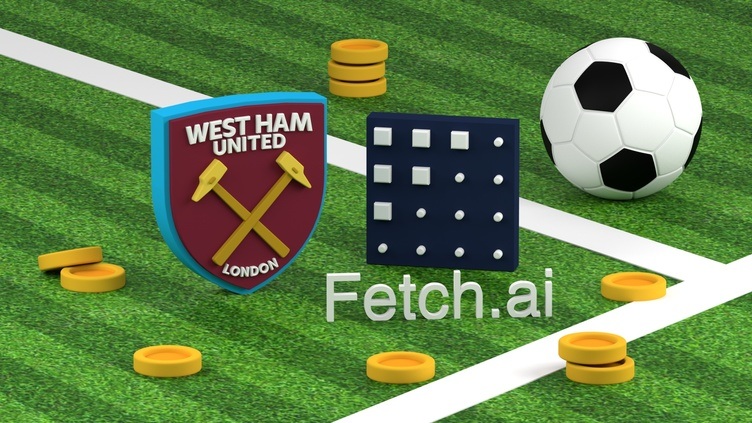 Fetch.ai blends blockchain technology with machine learning (ML) and artificial intelligence (AI) capabilities. Digital twins, also known as Autonomous Economic Agents, are at the heart of the project. The solutions developed by it may be used in a variety of industries, including supply chain, manufacturing, healthcare, travel, finance, and mobility.

Fetch.ai and West Ham United will work together to harness and promote the influence of artificial intelligence in enhancing companies and people's daily lives. The agreement will see the brand "Fetch.ai" and its applications advertised on the LED perimeter advertising boards and displays at London Stadium during West Ham United's matches.

“We are proud to be partnering with West Ham United. We’re very excited about bringing forth our AI solutions in new and creative ways to power the future of world class Premier League football, entertainment and technology for fans in the UK and around the world.”

“We are delighted to announce our first Official Artificial Intelligence Partner and welcome Fetch.ai to the Club at an exciting time for the business, and the industry. We’re looking forward to working with Fetch.ai on their smart parking concept, social media platform and upcoming projects that will provide smart solutions for fans”.

Fetch.ai is bringing artificial intelligence to the crypto industry. Autonomous Economic Agents can automate decentralized systems that serve the demands of a single user or combine millions of data points to deliver timely and efficient information about the outside world, thanks to artificial intelligence. This technology allows for the construction of tailored digital assistants that adapt to the demands of users in order to improve the efficiency, privacy, security and comfort of their interactions with blockchain networks.
This article contains links to third-party websites or other content for information purposes only (“Third-Party Sites”). The Third-Party Sites are not under the control of CoinMarketCap, and CoinMarketCap is not responsible for the content of any Third-Party Site, including without limitation any link contained in a Third-Party Site, or any changes or updates to a Third-Party Site. CoinMarketCap is providing these links to you only as a convenience, and the inclusion of any link does not imply endorsement, approval or recommendation by CoinMarketCap of the site or any association with its operators. This article is intended to be used and must be used for informational purposes only. It is important to do your own research and analysis before making any material decisions related to any of the products or services described. This article is not intended as, and shall not be construed as, financial advice. The views and opinions expressed in this article are the author’s [company’s] own and do not necessarily reflect those of CoinMarketCap. CoinMarketCap is not responsible for the success or authenticity of any project, we aim to act as a neutral informational resource for end-users.
13 people liked this article

Crypto News
BTC and ETH Dump, Over $400 Million in Leveraged Longs Rekt
The crypto rally may have ended, as the top cryptocurrencies nosedived over 6% in the last 24 hours.
Por Ivan Cryptoslav
1 month ago
2m
Crypto News
EToro Announces Plans to Merge with Fintech Firm and Go Public with $10.4B Valuation
It comes as Coinbase puts the finishing touches to its stock market debut, set to take place within weeks.
Por Connor Sephton
1 year ago
2m
Crypto News
Solana Suffers Huge Outage as Bots Overwhelm Network with Four MILLION Transactions Per Second
Solana Labs co-founder Anatoly Yakovenko was accused of being "MIA" — after falling silent while the crisis unfolded. He later said he was traveling as the outage happened.
Por Connor Sephton
4 months ago
1m
See all articles