Crypto News, May 6: Why Bitcoin's Correlation with the Stock Market is Worrying

If this correlation endures, it's going to be exceedingly difficult for Bitcoin to break out — and race to $100,000 as oh-so-many analysts have predicted. 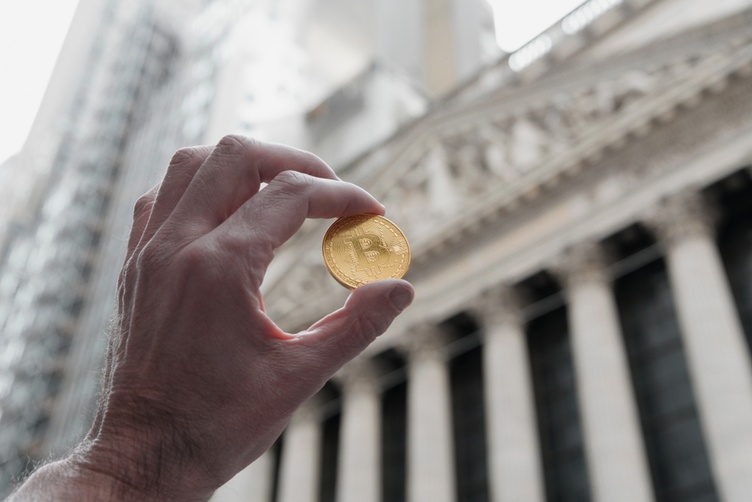 On Wednesday, the S&P 500 surged… and so did Bitcoin. And on Thursday, when the flagship stock market index tanked, the world's biggest cryptocurrency followed suit.
The close correlation between Wall Street and Bitcoin has endured for several months now. In some ways, it's understandable given the economic uncertainty we're all facing. But it's also a big problem… and it might be a tricky one for Bitcoin to shake off.
Bitcoin isn't just trading in lockstep with stocks because of the current financial climate. Wall Street's embrace of crypto over recent years has brought both asset classes closer together. And on top of this, China's clampdown on mining now means a larger chunk of the industry is concentrated in the U.S.
If this correlation endures, it's going to be exceedingly difficult for Bitcoin to break out — and race to $100,000 as oh-so-many analysts have predicted. You could also argue that parabolic bull runs would become a thing of the past because BTC's fortunes would be tied to Wall Street's.
For now, Bitcoin will continue to trade like a tech stock — casting doubt on the long-held belief that this digital asset can serve as a hedge against inflation. Buckle up.

Bitcoiners are licking their wounds after a bruising trading session on Thursday. The world's biggest cryptocurrency plunged from highs of $39,789.28 to lows of $35,856.52 in the space of 12 hours. Overall, it's a brutal rejection… and bulls will have an uphill struggle as they try to crack stubborn resistance at $40,000. There was also plenty of pain on Wall Street, amid growing fears that major economies may be on the brink of a recession. The S&P 500 closed down 3.6% — with 95% of companies on this flagship index in the red. And the tech-heavy Nasdaq 100 also plummeted by 5%, eliminating gains from a miniature rally that began when the Federal Reserve announced it was increasing interest rates by half a percentage point.

OpenSea's Discord channel has been hacked — with the NFT marketplace warning users to avoid clicking on any links. It comes after a bot posted a message that falsely claimed OpenSea has entered into a partnership with YouTube "to bring their community into the NFT space." The scam suggested that OpenSea was releasing a pass that would allow holders to mint NFTs for free — along with other "insane utilities." A suspicious link was then included that directed unsuspecting Discord users to a website for the "YouTube Genesis Mint Pass." Screenshots suggest bots were trying to pile pressure on Discord users to click on the link by inducing a fear of missing out — with one post indicating that the passes were "80% gone."

Coinbase NFT has opened up to the public — but on-chain data suggests not many people are signing up. Figures from Dune Analytics suggest fewer than 150 people joined the new marketplace on Wednesday. Overall, the platform has just 1,276 users — rather tepid numbers considering this is one of the world's biggest crypto exchanges. Earlier this week, Coinbase had announced that the beta version of its NFT marketplace was now available for everyone. It's unlikely that Coinbase will be suffering sleepless nights because of these low user numbers… for now, anyway. The company is still working on adding new features to Coinbase NFT — and a soft launch means developers can iron out any kinks without affecting too many people.

Starbucks is going to release NFTs that unlock access to "exclusive experiences and perks." While the coffee chain says non-fungible tokens are best known for being traded "in a highly speculative way," it believes these digital assets can modernize loyalty programs. The company also plans to create an immersive Web3 experience through "world-class collaborations with other innovators and like-minded brands." There was no mention of whether Starbucks plans to embrace crypto payments in its stores — and the brand says its approach to using blockchain technology is "likely to be multi-chain or chain agnostic." Its first NFT collection is expected to drop later this year.
22 people liked this article