Also today, a crypto-friendly browser unveils plans to integrate eight blockchains... and police in The Netherlands seize NFTs for the first time ever. 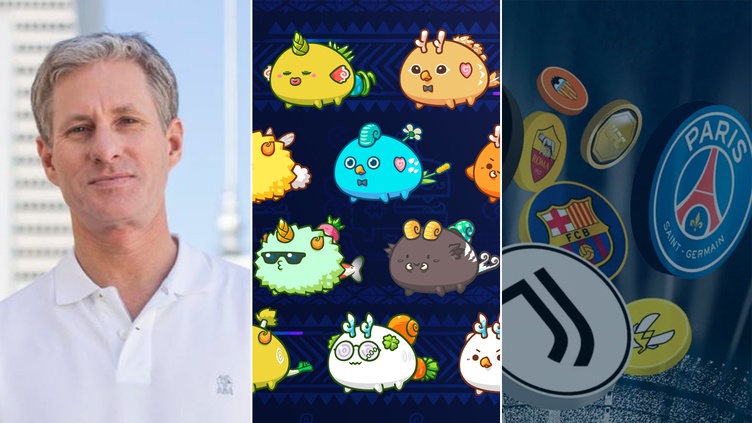 Listen to the CoinMarketRecap podcast on Open in a new tab, Spotify and Google Podcasts

Axie Infinity insists it won't shut down after $600M hack 💸

Crypto worth more than $600 million has been stolen after a jaw-dropping attack targeting the Ronin Network — a gaming blockchain that plays an instrumental role in powering Axie Infinity. In a blog post, developers confirmed that 173,600 ETH and 25.5 million USDC was taken by hackers in two transactions. At the time of writing, this stash is worth $614 million — narrowly making this incident the biggest crypto hack on record. Ronin's statement says that the compromise took place on March 23, but it was only discovered on March 29 — a full six days later. Axie Infinity has struck a defiant tone in the aftermath of the hack, tweeting: "We are here to stay."

Bitcoiners are FURIOUS at Ripple's co-founder 😡

Greenpeace's campaign calling for Bitcoin to abandon its Proof-of-Work consensus mechanism isn't going well. Bitcoiners claim the demands made by "Change the Code, Not the Climate" are misinformed and naïve. Ripple's co-founder Chris Larsen, who contributed $5 million to help advertise the campaign, has been called "Judas" by Messari's Ryan Selkis. In a furious tweet, Selkis accused Larsen of "spending money attacking the industry that created his ill gotten multibillion-dollar fortune." Amid a barrage of negative feedback, Larsen has stressed that Ripple has nothing to do with this campaign — and pushed back against claims that he is trying to further his own crypto projects.

Lionel Messi has become the latest sports star to become a global ambassador for a crypto platform. The Paris Saint-Germain forward has entered into a multi-year deal with the fan token platform Socios. His initial contract is set to last for three years — and according to the Reuters news agency, Messi will be paid $20 million. The Argentine footballer, who was long associated with FC Barcelona, is going to appear in "multiple educational and promotional campaigns." Messi says that passionate fans have been a "driving force" in his career — and he was proud to join a platform that aims to make supporters feel more connected to their clubs.

Police normally end up seizing high-end cars, jewelry and property from fraudsters — but things are changing. Detectives in The Netherlands have confiscated non-fungible tokens for the very first time. They belong to two men who were arrested on suspicion of selling private data on a large scale. They're accused of enabling fraudsters to prey on innocent consumers who pretend to be from their bank.

The crypto-friendly web browser Opera has announced that it is integrating eight major blockchain ecosystems — meaning tens of millions of users will find it easier to access decentralized applications. Bitcoin, Solana, Ethereum and Polygon are among the networks that are now supported. Opera has said that it wants to "seamlessly onboard millions of users to Web3" in an environmentally conscious way — and embracing multiple networks helps to ensure that it remains "chain agnostic." Awkwardly, Opera's news release also mentions its support for the Ronin blockchain — home to the play-to-earn game Axie Infinity — describing it as "one of the runaway successes of the decentralized gaming space."
28 people liked this article