CoinMarketCap News, May 26: Miami Mayor is Still Getting His Salary in Bitcoin — Here's Why

Also today, a new survey reveals which countries are most enthusiastic about the metaverse. 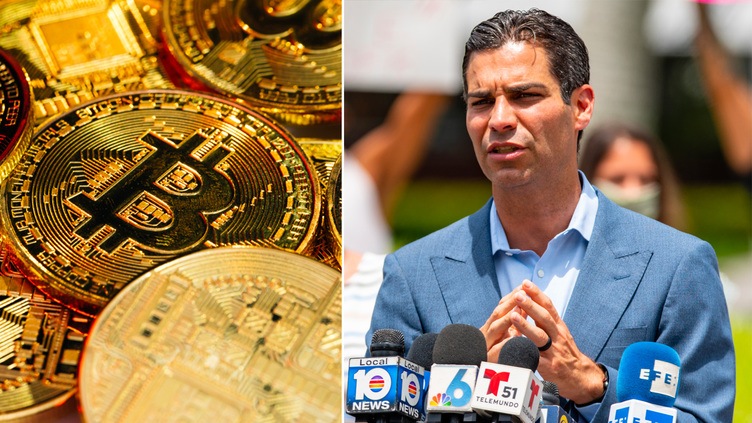 Today's the day! CoinMarketCap's The Capital conference is kicking off in the metaverse. Over the next two days, we're going to explore crypto, play-to-earn, DeFi and the metaverse in depth with the help of some top-tier experts.
We'll have a keynote speech from Changpeng Zhao, plus fireside chats starring Samson Mow, Michael Saylor, Pete Rizzo and Dan Held. Head to our YouTube channel for livestreams of our two tracks, or follow all the latest updates on our live blog!

This year's theme is Time to Ship, and we're going to be focusing on what's going on in the crypto space right now — not things that might happen years down the line.

It's going to be a lot of fun… and you won't want to miss it!

Francis Suarez has revealed that he's still taking his mayoral salary in Bitcoin — despite the cryptocurrency's value plunging since he took office. Speaking at the World Economic Forum in Davos, he stressed that this is not his only salary — meaning circumstances will be different for those who only have one source of income. "I have the luxury of being able to think long in terms of my investment. I don't focus strictly on the price. If you look at the price historically, there's only been a few years where the price has gone down," he said during the panel. Suarez also said it's "shocking" that a single Bitcoin is worth 30,000 times more than a dollar.

Elon Musk deepfake does the rounds 🚨

A deepfake video has been created of Elon Musk endorsing a questionable investment project. In the clip, which isn't well made, Tesla's CEO appears to promise that investors will make "30% dividends everyday for the rest of their life." Thankfully — because Musk's voice sounds artificial and is hard to understand — there's little chance of too many people falling for this scam. The billionaire responded to the video by saying: "Yikes. Def not me." Meanwhile, Dogecoin's co-founder Billy Markus said: "Someone stupid enough to invest in that deserves to lose their money, but at the same time the scammers deserve to spend their life in jail."

Revealed: Who likes metaverse most 🌍

The metaverse is going to be a major theme of our conference, and new research by Ipsos reveals which parts of the world are most optimistic about virtual worlds. Emerging economies are far more upbeat about its potential than richer nations — and most respondents expect this technology to transform their daily lives in the coming decade. Consumers in Turkey, India and China were most familiar with the metaverse — with those in Poland, France and Germany having the least awareness. Younger adults are more likely to understand what all this is about, and people with a higher level of education tend to be more positive about the metaverse.

Two bills that aimed to tax cryptocurrencies in Portugal have failed to pass Congress… for now. The proposals were made by two left-wing groups with few politicians in the chamber. At the moment, investors pay zero capital gains if their crypto appreciates in value — whereas other assets are subject to a 28% levy. That makes it one of the friendliest places in Europe, if not the world, to be a crypto investor. Portugal's Finance Minister Fernando Medina has warned that a tax regime is coming soon — but it might end up taking a different form to the bills that were rejected.
7 people liked this article

Crypto News
The ₿ Word Conference Recap: The Big Message from Elon Musk, Jack Dorsey, Cathie Wood, and More
The B Word Conference featured Elon Musk, Jack Dorsey, Cathie Wood and more as they touched on important issues and FUD concerning the state of Bitcoin and held insightful discussions to further ma...
Por Kevin Dwyer
1 year ago
5m
Crypto News
Ads for Coinbase, Kraken, Papa John's Banned in U.K.
The ASA decided that the ad should not appear again in its current form — and future ads must make "sufficiently clear" that the value of cryptocurrencies can go down as well as up.
Por Connor Sephton
9 months ago
2m
Crypto News
Morgan Stanley Reveals Biggest Risks Facing Ethereum
While the top 100 Ether addresses hold 39% of ETH's supply, the top 100 Bitcoin addresses hold just 14% of BTC's supply. Volatility is another concern.
Por Connor Sephton
7 months ago
2m
See all articles