Blockchain in Space: What’s Going on 4 Years After the First Bitcoin Transaction in Orbit?

It's been exactly four years since the very first Bitcoin transaction took place in space — what have we accomplished in the blockchain space race since then? 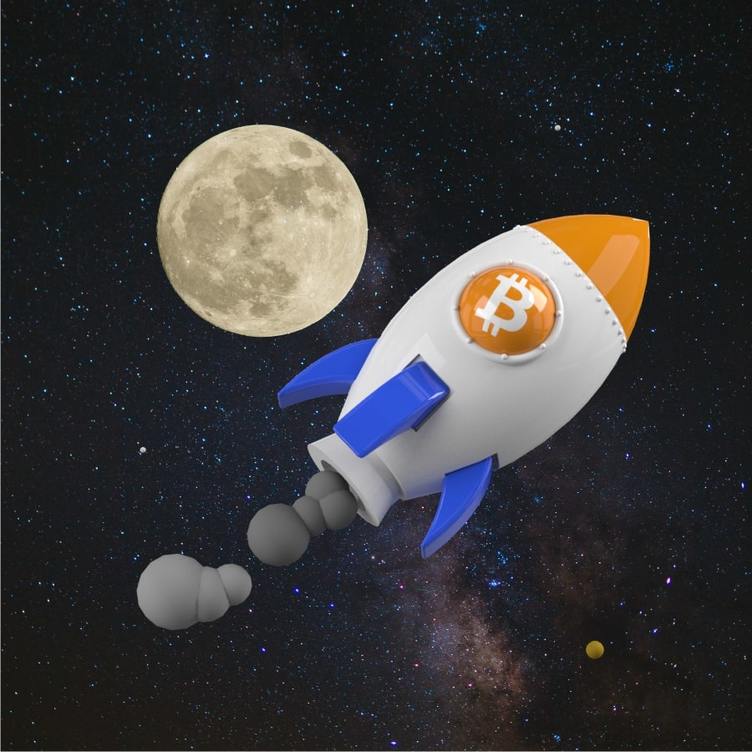 In 2021, the world is undergoing a renaissance of space exploration. The turnover of the global space economy has risen from $216.6 billion in 2009 to $423.8 billion in 2019. The number of countries that operate at least one satellite on the Earth’s orbit has gone up more than twice since 2000 to reach more than 80 nations.
Just over 30 years since the first-ever launch with a license from the United States' Office of Commercial Space Transportation, private spaceflight companies like SpaceX and Blue Origin are operating vast satellite networks and developing spacecraft that are expected to return people to the moon and deliver them to Mars. Even the ongoing Covid-19 pandemic has not managed to slow down the global drive towards the stars, with the U.S. government’s space spending alone jumping from $41 billion in 2018 to $47.69 billion in 2020.
At the same time, the developments in the efficiency of payload delivery methods, such as SpaceX’s reusable Falcon 9 two-stage rocket, and the continued miniaturization of satellites (femtosatellites are now available with masses between 1-10 grams), are opening the opportunity of operating devices in orbit to even the smallest of private entities.
These tiny satellites can now cost as little as $3,000 to get into low Earth orbit (LEO), and with the use of miniaturized communication, energy and propulsion components, they can still perform valuable functions.

The Birth of Space Economy

The growth in both scale and affordability of space exploration is creating a whole new sector — the Space Economy, as the United Nations Office for Outer Space Affairs already calls it. An inevitable question then arises: what money will the players in this space economy use?

It’s certainly not the dollar if you ask George Pullen, the chief economist at the MilkyWayEconomy think tank:

In fact, some experts in the crypto industry say that cryptocurrencies and blockchain are perfectly positioned to help fuel the space economy in a manner that will be mutually beneficial to both fields. These include former Bitcoin Core developer and co-founder of blockchain-powered space-as-a-service company SpaceChain Jeff Garzik, and CEO of blockchain technology firm Blockstream Adam Back.

Despite all the advances, space exploration often remains a costly business, both in money and science capital. Because of that high cost nature, any large project in space requires the cooperation of numerous private companies, each providing resources and talent. And the most ambitious programs are collaborations between governments — not all of which necessarily put a lot of trust in each other.
This is where one of blockchain’s key advantages comes in: it enables the exchange of value and data between independent parties in a way that doesn’t involve trust. With smart contracts, peer-to-peer transaction settlement, and the transparency and accountability enabled by public blockchain records, the participants of a space project could make agreements without the risk of breach of contract, saving both money and time.
“Blockchain is kind of a neutral referee between multiple parties,” as Jeff Garzik has put it.
Another sphere where blockchain could help out the space effort is the financing of space startups. Innovative crowdfunding methods like initial coin offerings (ICOs) and initial exchange offerings (IEOs) could serve as a bridge between the companies in the space industry and retail investors, allowing the former to tap into the latters’ vast resource pool and the latter to unlock new investment opportunities on the current frontier of human progress.
The tokenization of real-world assets via non-fungible tokens (NFTs) could pave the way for wholesale or, more importantly in the context of retail investing, fractional ownership of space assets like satellites and even asteroids. Blockchain-based manufacturing supply chain management, which is already in widespread development and use by such giants as Amazon and Lockheed Martin, could be applied to the production chains of space industry products in order to enhance the traceability and visibility of supply chains.

For example, the already mentioned Blockstream, headed by Adam Back, has provided the platform for the first-ever Bitcoin (BTC) transaction in space, which took place precisely four years ago, on August 21, 2017.
Blockstream Satellite is a network of six satellites in geosynchronous orbit (meaning that each of them is always orbiting above a certain geographical area on Earth) that are constantly broadcasting Bitcoin’s blockchain all over the world.
After investing in a base station, priced at just under $500, anyone can receive Bitcoin’s blockchain data anywhere in the world, at any time, for free. By the virtue of being based in space and out of reach of earthbound circumstances, these satellites ensure that Bitcoin remains free from such threats as government censorship or natural disasters (which can result in internet outages) — essentially, the ultimate ideal of decentralized money, enabled by the cooperation between space and blockchain tech.
The space-as-a-service blockchain firm SpaceChain took this concept one step further. In June 2021, it launched an Ethereum-enabled (ETH) payload that was later installed at the International Space Station (ISS).
Ethereum’s blockchain supports smart contracts and decentralized applications (DApps) — allowing private companies and individuals around the world to launch products with use cases beyond monetary. Among examples provided by SpaceChain itself are asset custody, e-commerce management and data security, all of which will be taking advantage of decentralization and censorship resistance that comes with being based in space.
With just a couple examples of blockchain firms pioneering Earth’s orbit and the increasing affordability of space travel and payload delivery, it seems that the crypto space race is only taking its first small steps. Blockchain enthusiasts around the world should strap in and watch out for the giant leaps that are likely to take place in the next few years.
This article contains links to third-party websites or other content for information purposes only (“Third-Party Sites”). The Third-Party Sites are not under the control of CoinMarketCap, and CoinMarketCap is not responsible for the content of any Third-Party Site, including without limitation any link contained in a Third-Party Site, or any changes or updates to a Third-Party Site. CoinMarketCap is providing these links to you only as a convenience, and the inclusion of any link does not imply endorsement, approval or recommendation by CoinMarketCap of the site or any association with its operators. This article is intended to be used and must be used for informational purposes only. It is important to do your own research and analysis before making any material decisions related to any of the products or services described. This article is not intended as, and shall not be construed as, financial advice. The views and opinions expressed in this article are the author’s [company’s] own and do not necessarily reflect those of CoinMarketCap. CoinMarketCap is not responsible for the success or authenticity of any project, we aim to act as a neutral informational resource for end-users.
2 people liked this article

Crypto Basics
Last Week on Crypto Twitter: SBF Gets Paid A Visit
Last week Crypto Twitter finally, sort of, moved on from the FTX drama. Now it’s all about the who-got-infected-by-FTX-drama.
Por Andrey Kartsev
6 days ago
5m
Crypto Basics
Proof of Reserves: These Exchanges Are Adhering to the New Standard
After the FTX collapse, a number of cryptocurrency exchanges have now moved to restore faith in CEXes by posting their Proof of Reserves.
Por Andrey Kartsev
6 days ago
5m
Crypto Basics
The Grayscale Discount Explained: Could the Grayscale Bitcoin Trust Collapse?
Another week, another potential victim of contagion. You probably have heard phrases like "GBTC discount widens" or "Is GBTC in trouble?" swirling around.
Por Andrey Kartsev
1 week ago
6m
See all articles