Your Crypto Social Account Could Get Banned Tomorrow!
Table of Contents
Medium.com Blog Censorship
Did You Know that Bankless was Banned on YouTube?
Neutrality, Transparency and Open Discussions
CoinMarketCap’s Community Is Committed to Neutrality
Marketing

By CoinMarketCap
5m
1 month ago

You always run the risk of losing your audience on your social media. Many users on popular platforms even got banned without any justification. Let's see what's the solution to this problem! 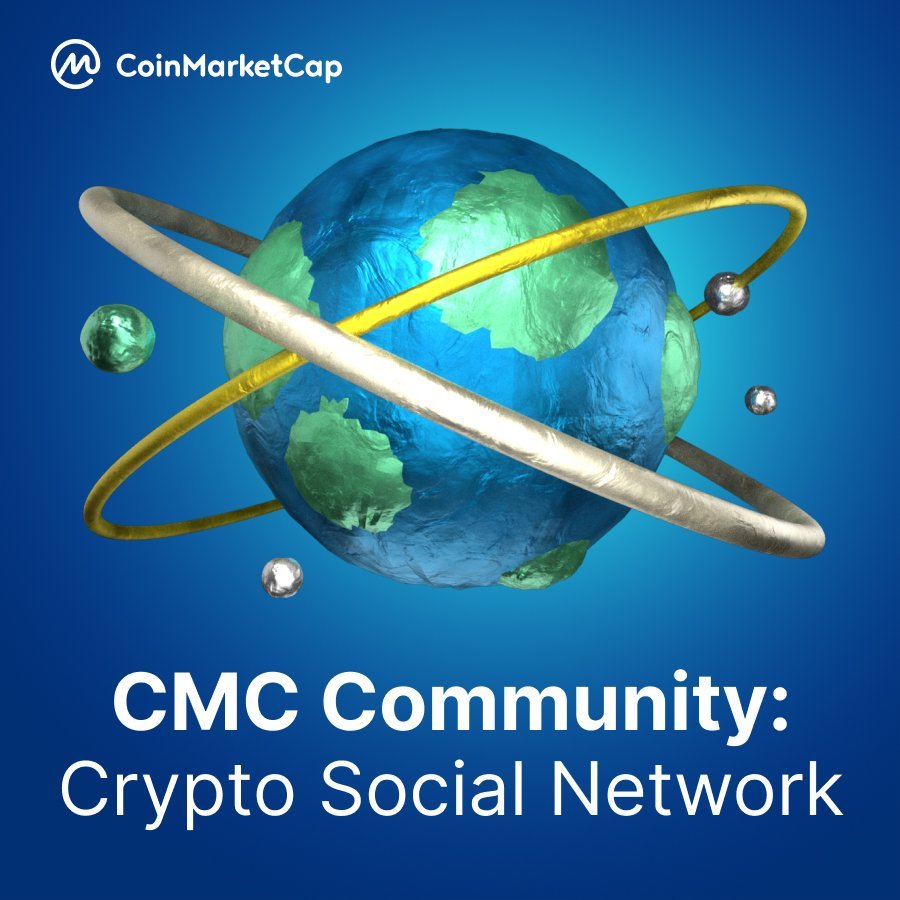 Most major centralized social media platforms have often been criticized for being harsh on their users - especially the ones who they don’t tend to agree with. Without naming any major player, we all know which platforms let people who are on a selective political spectrum.

While this is true for these big players on social media, certain crypto protocols too have been laying it down in their communities - from Mod-Bots filtering certain types of discussions (mostly against the protocols themselves) to human mods themselves not being too active/responsive to community’s criticism. Come to think of it - the promise of free speech is being consistently given and broken by these protocols and their communities.

And that is why we need a platform where we have the independence to post our thoughts without worrying about how and/or why the crypto community will ban us. Because the centralized players employ monopolistic power to control the prevailing narrative. Such examples are replete all around us.

Social media account bans in an age where freedom of expression is given tremendous value is probably one of the most contradictory things that we’ve come across. And this has happened across major platforms like Medium, YouTube, Twitter and Meta.

Medium.com, for example, was reportedly (in 2018) censoring all articles that had the keywords “airdrop” in them. As a consequence, there were several blockchain projects that lost their Medium page access. While some of these blogs were indeed restored, it was unclear why this was happening. For some users, it was even “sketchy” that they were doing so. Ever since then, however, Medium has hosted crypto articles and thought-leadership pieces. But the truth is that given it is a centralized application that is being run and governed by a few shareholders, they will always uphold their own vested interests over that of the community.

Note that we do not intend to say that a particular social media/communication platform is doing this deliberately. However, there is enough evidence online that this has always been a problem. You are an independent crypto researcher and analyst and have been investing in some projects. If you discover something that’s objectionable about a particular project, you might want other people to know about it as well.

It is 50/50 likely/unlikely that your post will be well received by the community members on their medium of communication (such as Discord and/or Telegram). In that case, you’d ideally post it as an article on another site. But, if that site’s contents are under the control of someone else, then it is very likely that your content will get deleted.

We have seen this happen countless times with other social media platforms as well.

Did You Know that Bankless was Banned on YouTube?

We’re sure you are aware of Bankless, the leading crypto newsletter. Their YouTube channel got banned without any reason or justification.

The fact that the account was banned without any justification goes to show the power that YouTube has over the creators on YouTube. And this isn’t the first time that they banned a creator. There have been several instances in the past where creators’ accounts have been banned simply because of false copyright claims. It’s even very hard to find instances where these social media organizations took the extreme steps of banning some accounts instantly. The first page of Google with the keywords, “youtube banning accounts for false copyright” hardly discusses any instance of this. Is this coincidence?

While Bankless’ YouTube account was restored shortly after, the fact is that these social media organizations have massive power over which account stays on and which doesn’t. They can just pull the plug on any account. And the fact that most creators whose accounts get banned don’t get a justification as to why it happened is also extremely concerning.

Think about all the livelihoods that will be lost! Several creators will simply lose their (potentially) only source of income because of this.

If a user wishes to talk about the problems with certain crypto projects and how they are affecting the markets, then they should be allowed to do that. But as long as there are centralized organizations waiting to flip a switch on any account, this kind of freedom will be an illusion. And that is why we need a platform where these discussions can go on unhindered.

CoinMarketCap’s Community Is Committed to Neutrality

And that is why we need… CMC Community. It is akin to any social media platform with the only difference being that it is strictly connected to crypto. On the platform, you can find several major and emerging DeFi protocols posting updates. And no, unlike Discord and Telegram channels, we will not haphazardly delete your negative or positive messages.

On the platform, you can easily create your profile and decide which protocols you’d like to follow. You curate your own “Feed” and even share your likes/dislikes about a certain protocol. What’s more? You can even post your articles without having to worry about any centralized entity ever taking them down!

This is what true freedom looks like. At CoinMarketCap, we are constantly invested to decentralize the world of finance so that users from all walks of life can see the bigger picture. Go to the platform, sign up, and start exploring the world of crypto without any limits!Stop worrying about the day-to-day policy changes of CeFi social media and whether your account will be unjustly deleted overnight. CMC has you covered. We won’t unjustly delete or ban your crypto social account, we are committed to expanding the cryptoverse after all.