The ETH Merge Trade
Table of Contents
What Is the Merge Trade?
What Will Happen After the Merge?
The Bull Case for The Merge Trade
What Could Possibly Go Wrong?
Conclusion
Ethereum

By Ivan Cryptoslav
6m
2 months ago

The Ethereum 'Merge Trade' narrative has taken over, with ETH rallying 35% since the much-anticipated Merge date was announced. But, is this rally sustainable or merely hype-driven? 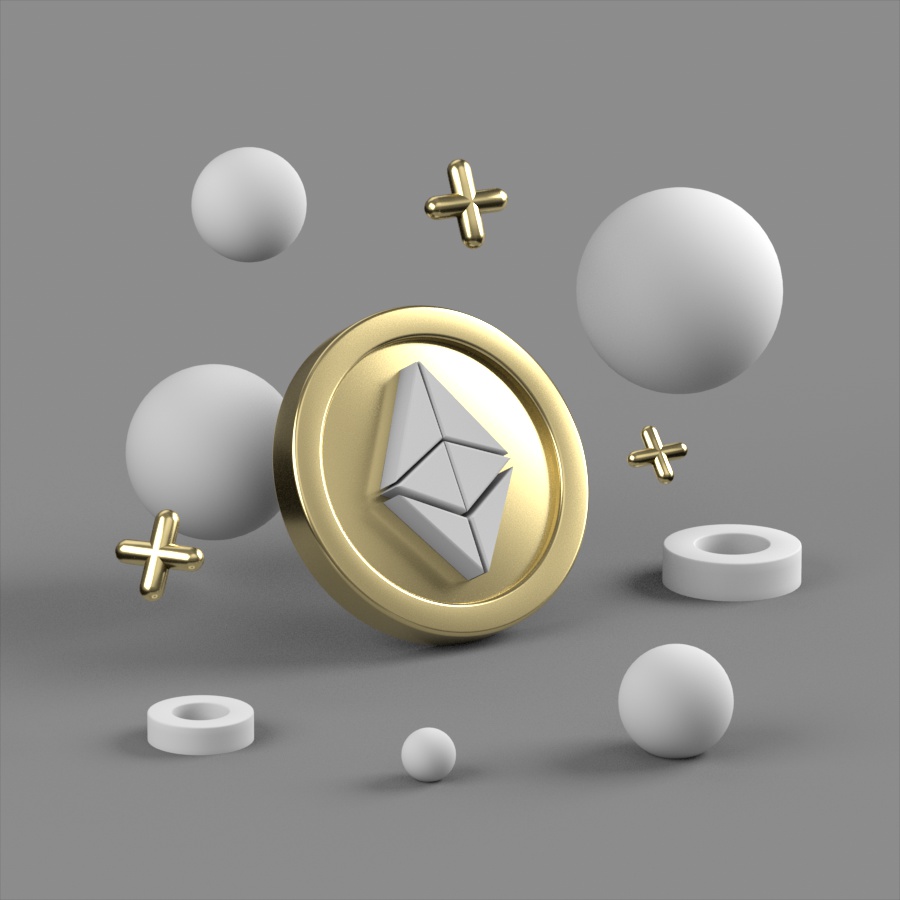 We've covered the Ethereum Merge ad nauseum, for example here, here, and here. But the latest news set the potentially next dominant crypto narrative in motion. On July 15, 2022, Ethereum key developer Tim Beiko announced Sept. 19, 2022 as the target date for the long-awaited Merge.
That in itself would be exciting enough, but it kicked off a massive rally in ETH. Check out this nice little rebound from $1,100.

It's even more impressive when you consider how ETH has outperformed BTC, which also staged a rally.

Twitter immediately bought into the narrative of "the Merge Trade."

In this article, we cover the "Merge Trade" and look at:

What Is the Merge Trade?

In short, the Merge Trade is an investment thesis based on Ethereum's switch from proof-of-work (PoW) to proof-of-stake (PoS).
The TLDR version is:

The existing execution layer (Ethereum mainnet) will merge with the new PoS consensus layer (beacon chain). The network will be secured by staked ETH instead of mining, reducing energy consumption by ~99.95% and positioning the blockchain for future scaling upgrades like sharding.

Ethereum will switch to PoS, which means you can earn a juicy staking yield and help secure the network. Also, the switch will attract new investors (likely, institutional), who like that Ethereum is now a "clean" blockchain. Oh, and ETH issuance could turn deflationary.

We will unpack all of these notions below.

The Merge Trade narrative feeds off a similar rally in 2021 when the EIP-1559 update sparked a 60% rally in the price of ETH. With the Merge set to launch in September, the trade looks already underway. The stETH discount, which had been widening during the liquidation of Celsius, has narrowed to 0.97 at the time of writing. For those that don't know, stETH is a “liquid” staking product by Lido which allows users to stake and earn ETH rewards on the beacon chain.
Moreover, an uptick in gas fees signaled a spike in demand for Ethereum blockspace:
According to TheBlock, addresses holding over 1% of the ETH in circulation have been buying the dip.

But before unpacking the Merge Trade narrative, we need to look at what the Merge will and won't change.

What Will Happen After the Merge?

That will all happen under the hood. For Ethereum users, it means the following:

These are all indisputable facts. The Ethereum community is abuzz with a lot more changes the Merge could force, which form the basis for the Merge trade. In fact, during EthCC Paris this week, Vitalik Buterin laid out the roadmap for Ethereum after the Merge, which represents a 40% completion of the eventual roadmap. The network will undergo the catchy-sounding “surge,” “verge,” “purge,” and “splurge,” once Ethereum fully transitions to PoS.

The Bull Case for The Merge Trade

Fundamentals, shmundamentals — do they matter in a crypto space still filled with dog coins?

There's certainly a case to be made that it's less important what actually changes and more important what others believe will change.
One such example is the reduced energy demand of a PoS Ethereum. That in itself is a fact — PoS reduces electricity consumption by 99%. But will investors care?

They could. ETH is easily the most “established” cryptocurrency besides BTC. Being a "green blockchain" and "ESG-compliant" is a neat attribute that fund managers would like to sell to their clients. It is also a massive differentiator compared to Bitcoin. As Arthur Hayes correctly puts it, "we are here to make money."
However, at the heart of the Merge Trade narrative lies the ETH staking yield. The idea goes as follows:
Ethereum will pay a guaranteed 7% to 11% after the Merge to stakers (current estimations). Since ETH yield only depends on smart contract execution, there is no way you don't get paid, network failure excluded. That makes ETH yield similar to a bond. More precisely, an emerging market bond. Similar to an emerging market, you lend money (by staking), have currency risk (cause you buy ETH), and get paid on your deposit (like a bond).
That in itself is pretty attractive already. A way to capitalize on this is by staking ETH and hedging the currency risk by shorting ETH perpetual contracts on an exchange. If the funding rate on futures is positive, you can get the staking yield and the funding rate — around 10% almost risk-free!

But it gets better.

Since EIP-1559 introduced a transaction fee burn, more demand for Ethereum blockspace (read: more users) makes ETH deflationary. This works like a buyback for stocks, with the company (Ethereum) taking the equity (ETH) off the market. Also, non-stakers get diluted since they forgo the 7%+ staking yield. That should create another driver of demand for staking ETH.

So if we agree that ETH is actually a "blockchain country bond" and Ethereum is the most desirable "blockchain nation" with a bond, then its staking yield becomes the "risk-free rate." Why?

Because investors would not buy and stake a smaller (read: riskier) cryptocurrency to receive less staking yield and have higher currency risk.

For speculation? Yes. As an institutional investment? Probably not.

This "ETH as a blockchain bond for institutional investors" thesis is at the heart of the Merge Trade. There are quite a few interesting discounted cash flow models for ETH out there, which return juicy numbers and fuel the trade narrative.

What Could Possibly Go Wrong?

It sounds all too good to be true, doesn't it?

Locked up ETH that cannot be sold.

Coin sinks that make you not want to sell your coins even if you could.

Arthur Hayes made the case for ETH to $10K in an essay a few months ago. He pointed out that Ethereum has a better price per developer, address and TVL. In other words, its community is bigger, and far more people use Ethereum over other L1 chains.
Aside from industry-wide risks like a bad macro environment, the biggest risks are technical and regulatory.
Ethereum will likely become more centralized after the Merge, as big wallets (often CEXes) become validators and accrue more value from the network. Though Ethereans point to the absolute number of validators, the winning coalition of 51% of votes will consist of just a few parties. Like in a regular company, this will give the haves more power than the have-nots, and the staking yield will exacerbate this trend over time.

Centralization matters if the market thinks it does. Users may decide that if Ethereum is not that much more decentralized than other chains, it's worth using other L1s. A lot will come down to how much demand there is for Ethereum blockspace, i.e., how popular the ecosystem is. Admittedly, Ethereum is way ahead of other chains here.

Regulators may start pressing compliance with demands. Big validators may have their own ideas about what should happen on Ethereum. In other words, politics could happen.

Another risk factor is execution risk. No blockchain as big as Ethereum has executed such a switch, so no one knows what could go wrong.
Finally, when ETH withdrawals eventually get unlocked 6-12 months down the line, anything could happen. Stakers might be taking profits after a successful merge or dump their ETH because it's all going wrong. Or they stay staked and ETH moons to $10K. We simply don't know.

The Merge will likely dominate crypto sentiment until September. How much more the ETH price will rally in anticipation of the event — and whether it continues afterwards — is anyone's guess.

Ethereum
How Will Ethereum 2.0 Reduce Energy Consumption?
Ethereum Mainnet is expected to merge with the beacon chain proof-of-stake system in early 2022. Find out how it is expected to reduce Ethereum's energy consumption by an estimated 99.95%.
By Andrey Sergeenkov
9 months ago
5m
Ethereum
Has The Merge Turned Ether into a Security? Yes, SEC's Gary Gensler Suggests
According to The Wall Street Journal, Gary Gensler believes cryptocurrencies that operate on PoS chains may be classified as securities.
By Connor Sephton
2 weeks ago
2m
Trading Analysis
Technical Analysis: LINK, HIVE, DOT, BAT and FLUX Price Prediction (August - W4)
Bitcoin broke the strong support at $22,500 after it fell by over 10% on Friday. Will the downtrend be over soon?
By Ansh Rathod
1 month ago
3m
See all articles