The U.S. Justice Department believes John Bolton, once a senior figure in Donald Trump's administration, was being targeted in revenge for the death of Qasem Soleimani in January 2020. 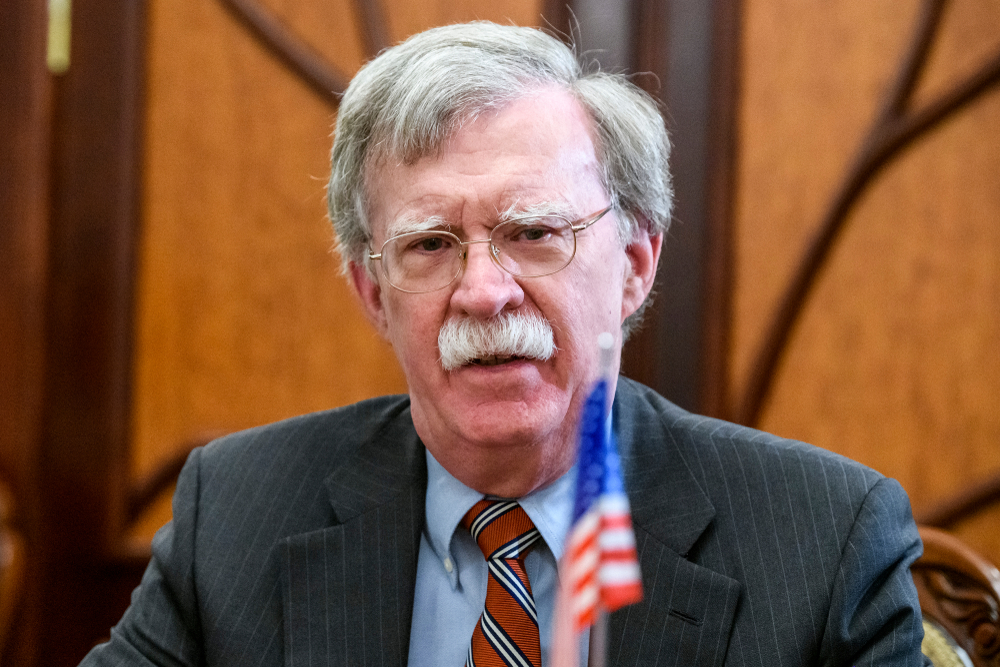 An Iranian man has been charged with attempting to pay for the assassination of a former U.S. national security advisor using crypto.

Shahram Poursafi, a member of the Islamic Revolutionary Guard Corps, allegedly began plotting the murder for hire in October 2021.

The U.S. Justice Department believes John Bolton, once a senior figure in Donald Trump's administration, was being targeted in revenge for the death of Qasem Soleimani in January 2020.

Soleimani was Iran's most powerful military commander, and he was killed in an American airstrike at Baghdad Airport. At the time, Trump said the 62-year-old was "directly and indirectly responsible for the deaths of millions of people."

At first, Poursafi made contact with an American resident he had met online — and asked them to take photographs of Bolton for a book he was writing. He was later referred to one of their associates, who was prepared to take the pictures for a payment of $5,000 to $10,000.

Weeks later, on an encrypted messaging application, Poursafi offered this associate $250,000 if they were willing to hire someone to "eliminate" the national security advisor.

The payment was later negotiated up to $300,000 — and an additional $1 million was being offered in exchange for the completion of another "job."

Poursafi had told the associate to open a cryptocurrency account so the transactions could be completed — but a payment would only be made after the murder was performed, and video confirmation was given.

According to prosecutors, Poursafi was determined for the assassination to take place before the second anniversary of Soleimani's death — and it appears the suspect had shared information about John Bolton's schedule that was not publicly available.

Bolton was not harmed as a result of the plot — and by April of this year, the associate had said they were unwilling to continue working without being paid. Poursafi later sent $100 to the crypto wallet that had been set up to prove that payment could be made.

Poursfai faces up to 10 years in prison and a fine of up to $250,000 for the use of interstate commerce facilities in the commission of a murder for hire — and up to 15 years' imprisonment, along with another $250,000 fine, for "providing and attempting to provide material support to a transnational murder plot."

However, the Justice Department has said Poursafi remains at large abroad at this time, and has not been arrested.

Assistant Attorney General Matthew Olsen said the department has a "solemn duty to defend our citizens from hostile governments who seek to hurt or kill them," adding:

"This is not the first time we have uncovered Iranian plots to exact revenge against individuals on U.S. soil and we will work tirelessly to expose and disrupt every one of these efforts."

And Stephen D'Antuono from the FBI said attempted assassinations of former government officials on U.S. soil are "completely unacceptable and will not be tolerated," adding:

"The FBI will continue to identify and disrupt any efforts by Iran or any hostile government seeking to bring harm or death to U.S. persons at home or abroad."

John Bolton has warned that Iran is a "murderous, lying regime" — and in an interview with Sky News, he warned:

"I think this is a plot by the Iranian government against a former official of the US government. I can say I'm not the only one that the Ayatollahs in Tehran are trying to assassinate."

Crypto News
Beeple's Twitter Hacked — Victims Lose $440,000 in Crypto After Scammers Launch Fake NFT Drop
It was claimed that Beeple had launched an exclusive drop with the high-end fashion brand Louis Vuitton — with a dodgy link posted in the artist's Twitter bio.
By Connor Sephton
4 months ago
2m
Crypto News
MoneyGram Suspends Partnership with Ripple as SEC Lawsuit Looms Large
The MoneyGram announcement is a fresh blow for Ripple.
By Decentralized Dog
1 year ago
2m
Crypto News
REvil Hackers Vanish from Dark Web, But It Could Be Bad News for Victims
Reports suggest the victims of REvil's ransomware attack are now struggling to get their systems back online.
By Connor Sephton
1 year ago
2m
See all articles