Thirty years on from Snow Crash, futurist Neal Stephenson is teaming up with "cryptocurrency pioneer" Peter Vessenes to bring their very own virtual world to life. 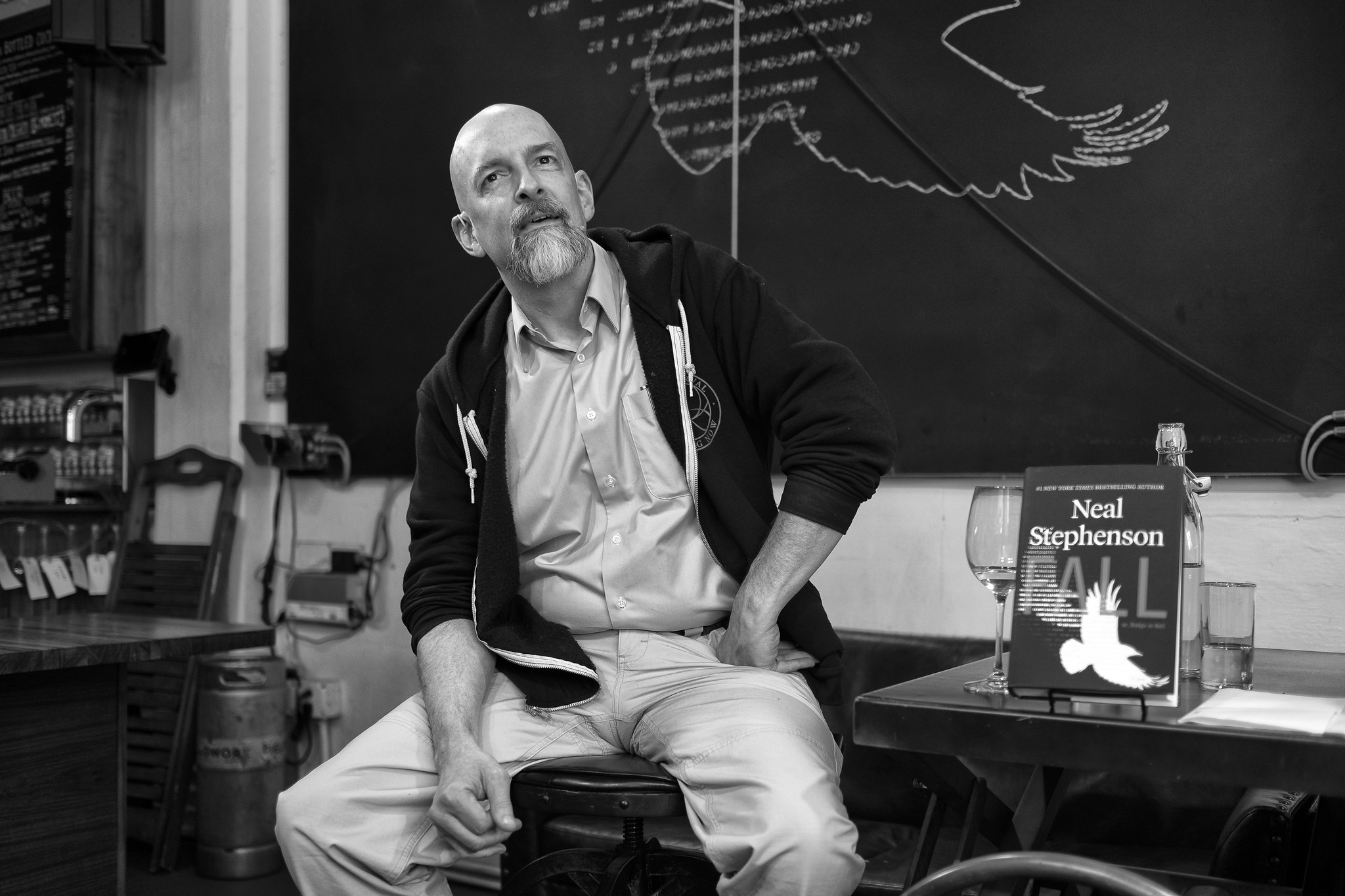 "On the back is gibberish explaining how he may be reached: a telephone number. A universal voice phone locator code. A P.O. box. His address on half a dozen electronic communication nets. And an address in the metaverse."

That's an excerpt from Snow Crash — a book written in 1992 by Neal Stephenson. And not only this, but it was the first time that the word "metaverse" was ever used.

The renowned futurist's book played a crucial role in describing how such virtual worlds could work — and now, 30 years on, Stephenson is teaming up with "cryptocurrency pioneer" Peter Vessenes to bring their very own metaverse to life.

It's going to be known as Lamina1 — and while Stephenson will serve as the project's chairman, Vessenes will adopt the role of CEO.

Lamina1 is being described as a "new Layer 1 blockchain technology designed for the metaverse with Web3 principles in mind" — and the project believes that such a protocol must be "equal to the technical, economic and philosophical origins of the metaverse idea itself: an open and expansive virtual universe."

Their new immersive environment aims to ensure that the missteps of the past aren't repeated, and Lamina1 aspires to abandon "existing structures of centralized ownership and inequality."

The blockchain is set to be "provenly carbon negative" and promises to deliver high transaction volumes and incentivize mechanisms "to help create thriving, vibrant economies for creators and entrepreneurs."

'A True Meeting of the Minds'

With Facebook among the companies turning their attention to the metaverse — rebranding as Meta late last year — Stephenson explained:

"The 30th anniversary of Snow Crash, and recent interest in actually building the metaverse, has got me thinking about how to do it in a way that's true to the original concept. That means creative ferment rooted in a strong base layer of open source tech that provides key services to creators while making sure that they get paid. The purpose of Lamina1 is to provide that, using the best and most up-to-date ideas from the industry."

Vessenes described his collaboration with Stephenson as "a true meeting of the minds" — and said he has a wishlist of the technological, economic and social innovations he would like to see a Layer 1 blockchain achieve, adding:

"Being able to team up with Neal and his personality, wisdom, and vision was compelling enough that it brought me out of retirement, so to speak. Seeing some of the earliest Bitcoin and Ethereum investors in the world back the project personally feels like a super special moment for all of us. I can think of no better way to honor Snow Crash's 30th anniversary than by co-founding Lamina1 with Neal."

Further details about Lamina1 are set to be unveiled at CoinDesk's Consensus 2022 conference in Austin, Texas.

Crypto News
Facebook Boss in Charge of Cryptocurrency is Leaving
Meta was known as Facebook back then, while the Diem digital currency had initially been referred to as Libra. And as for the Novi digital wallet, that had previously been called Calibra.
By Connor Sephton
10 months ago
2m
Crypto News
The 10 Best Crypto News Stories of 2021
Some of the world's biggest celebrities embraced cryptocurrencies for the first time, a country made Bitcoin legal tender, and a 12-year-old made life-changing sums of money.
By Connor Sephton
9 months ago
5m
Crypto News
AMC Theaters to Accept Four Cryptocurrencies By End of This Year
Some crypto enthusiasts think the company missed a trick by failing to embrace Dogecoin.
By Connor Sephton
1 year ago
2m
See all articles