Euro at Parity to the US Dollar — What Does That Mean For Crypto?
Table of Contents
Euro-Dollar parity: What Is Happening in the Grand Scheme of Things?
The Three Reasons Behind the Euro-Dollar Parity
How the ECB Plans to Tackle Euro-Dollar Parity
The Implications for Cryptocurrency
Conclusion
Trading

Euro at Parity to the US Dollar — What Does That Mean For Crypto?

By Ivan Cryptoslav
6m
2 months ago

Euro at Parity to the US Dollar — What Does That Mean For Crypto? 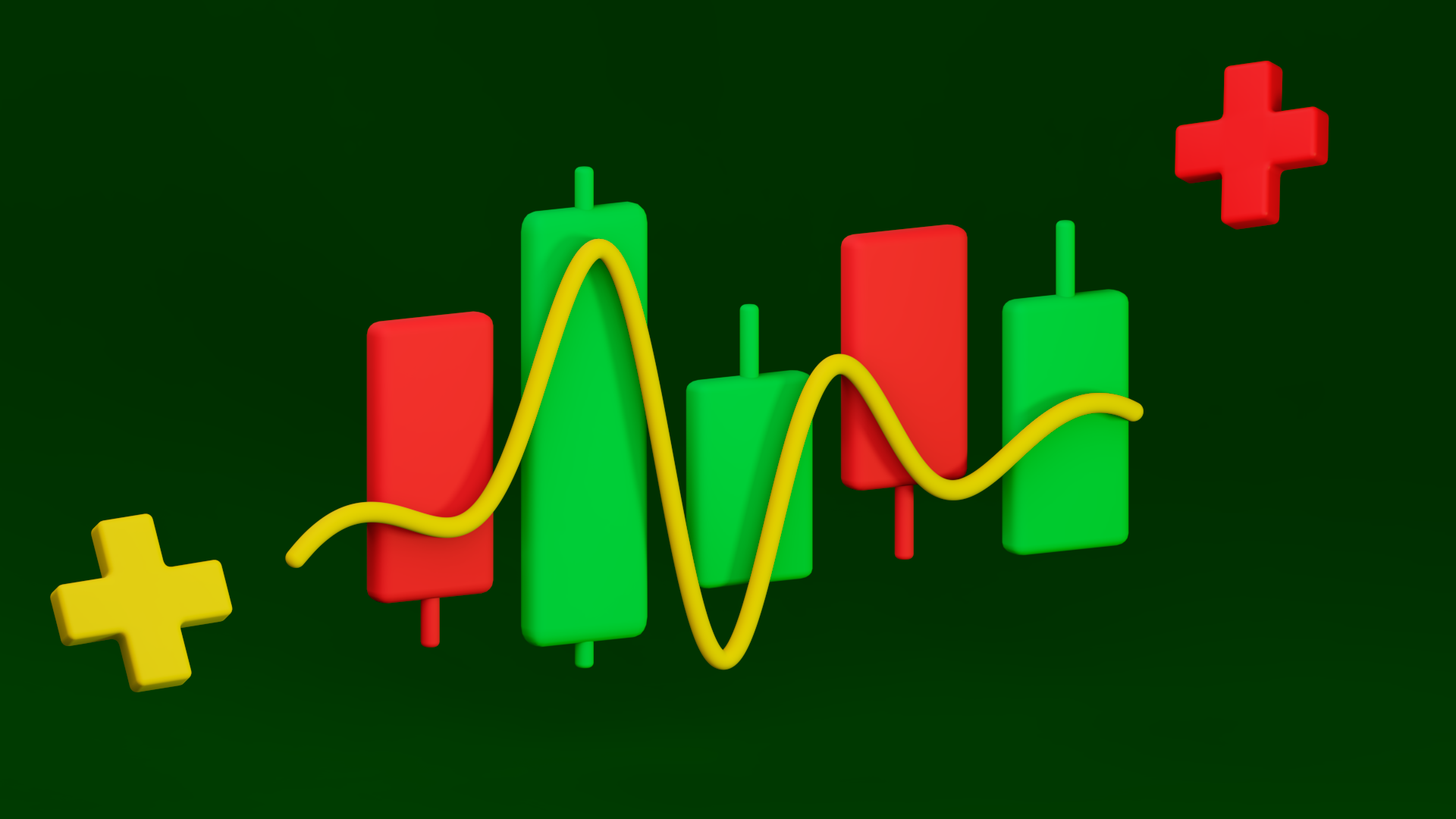 This week’s biggest macro news was:

Paris, Rome and Amsterdam will get a lot more business from overseas!

The euro-dollar parity means not only cheaper holidays for Americans, but will also have macroeconomic consequences and implications for crypto. In this article, we are going to look at:

Euro-Dollar parity: What Is Happening in the Grand Scheme of Things?

Three big developments set the stage for this once-in-two-decades event:

Governments, like consumers and companies, finance spending with debt. Modern economic theory says to save in the good times and spend in the bad times. Unfortunately, theory doesn't square up with reality. Government debt has been rising quite a bit in the last decades. Below, you see a comparison of debt-to-GDP (i.e., the economic output of a country) for the euro area and the U.S.:

Debt-to-GDP levels in the Euro Area:

Debt-to-GDP levels in the U.S.:

Eurozone countries were a bit more prudent with their finances than Americans before COVID, but that went out the window with the pandemic.

Why is this important?

More debt → more money spent on interest rate payments → less money for other things. Since governments are profligate, they can either save to reduce debt (rare, but happens) or take on new debt. That happened over the last few years:

Just when COVID seemed well and truly behind us, the world economy got the next low blow:

Shipping during the pandemic was markedly more difficults, causing supply chain bottlenecks. We saw this in:

Now, what is the connection to the euro-dollar parity?

The Three Reasons Behind the Euro-Dollar Parity

Rising inflation can be curbed by tax rises (very unpopular) or interest rate hikes (much easier). With the latter, the government makes holding a currency more expensive by issuing debt with a higher interest rate. The Federal Reserve has been doing exactly that and raising interest rates fairly aggressively. The European Central Bank (ECB) has not.

Most investors are choosing b). Even more importantly, most investors predict most other investors will continue choosing b) in the next few years. The Dollar Currency Index (DXY) is a testament to the rush into the greenback:

The dollar is likely to extend its bull run over the next few months, considering the interest rate projections for the coming months:

Oil and gas prices around the world have spiked as a result of the war. However, they have spiked much more in Europe than in the U.S.:

Lyn Alden pointed out that predicted higher prices over a longer period of time in the future could do real damage:

You don’t have to have a PhD in economics to understand that this is bad news.

Unfortunately for Europe, its biggest and most important industry specializes in manufacturing.

GDP figures for the EU27 countries show that Germany's share of the EU's GDP is more than 20% (even more if we consider only the 19 countries in the eurozone). Germany is economically roughly as important to the eurozone as California and Texas are to the U.S. combined.
Unfortunately for Germany, the days of importing cheap energy from its favorite supplier Russia seem to be numbered. So are the days of exporting machinery and cars back to Russia. Although Germany has plenty of other (bigger) trading partners, the hit was substantial. Germany registered its first trade deficit since 1991:

How the ECB Plans to Tackle Euro-Dollar Parity

The market thinks it won’t even try. Investors expect fairly tame interest rate hikes until the end of 2023. ECB President Christine Lagarde has done little to dissipate doubts:
Not everyone in the ECB agrees with this dovish course (i.e., staying passive). Austria would like to see the problem tackled more aggressively. But it’s doubtful if that’s possible. Southern European nations like Italy already have to pay a significant premium to borrow money in the markets:
In short: it's complicated. But it doesn't look like the euro will reverse course any time soon.

So, what does all of that mean for crypto?

The Implications for Cryptocurrency

According to a Chainalysis report, Europe's share of global crypto transaction volume by region was 25% in June 2021. Even if that figure slightly went down as a result of the bear market, Europe accounts for a significant part of crypto transactions. Most of the growth was driven by large institutional investors entering DeFi.
In other words, Europe is an unexpected crypto hub, and if Europe is down, crypto is down.

(Un)fortunately, it's not as easy as saying weak euro = crypto down bad. A weaker euro could also have little to no impact on institutional investors, those just look at the big picture and how the industry as a whole is doing. After all, returns in crypto can outperform a 20% dip, but they can also go the other way:

More interesting, however, is the ECB's stance on cryptocurrencies. Euro-pegged stablecoins like EURT have barely any significant circulating supply (only 400 million EURT compared to 65 billion USDT). But that didn't stop the ECB from speaking out against cryptocurrencies and, in particular, stablecoins.
The ECB considered the latter "inadequate for use in real economy payments" because of their speed, cost and redemption terms. It proposed "supervisory and regulatory measures," something the ECB likes to tinker with (unlike their interest rates).
The ECB also showed a lot more enthusiasm about CBDCs than about its monetary policies. A digital euro, as the proposal goes,  could be capped at one to 1.5 trillion euros. It just so happens to be the amount of cash in circulation. What a coincidence!
However, the proposed digital euro (coming to a European jurisdiction near you in 2026) did not meet with positive market feedback. Tech-affine crypto proponents labeled it a slavecoin, although the CBDC is supposed to be anonymous. Still, it would at least theoretically allow new monetary policy tools like targeted cash allocations and negative interest rates — the stuff pro-crypto folks' nightmares are made of.

The euro-dollar parity is likely here to stay. At least in the next 12 to 18 months, the Fed and the ECB are going down different paths, so don't be surprised to see even more dollar strength in that timeframe.

The effects on crypto are less clear. An economically weaker eurozone doesn't help, but how much damage it could do is yet to be seen. At least euro-bound crypto investors have stablecoins as safe fiat havens.
This article contains links to third-party websites or other content for information purposes only (“Third-Party Sites”). The Third-Party Sites are not under the control of CoinMarketCap, and CoinMarketCap is not responsible for the content of any Third-Party Site, including without limitation any link contained in a Third-Party Site, or any changes or updates to a Third-Party Site. CoinMarketCap is providing these links to you only as a convenience, and the inclusion of any link does not imply endorsement, approval or recommendation by CoinMarketCap of the site or any association with its operators. This article is intended to be used and must be used for informational purposes only. It is important to do your own research and analysis before making any material decisions related to any of the products or services described. This article is not intended as, and shall not be construed as, financial advice. The views and opinions expressed in this article are the author’s [company’s] own and do not necessarily reflect those of CoinMarketCap. CoinMarketCap is not responsible for the success or authenticity of any project, we aim to act as a neutral informational resource for end-users.
0 people liked this article