Are Bitcoin and Ether Commodities?

By Ivan Cryptoslav
7m
1 month ago

What the heck is, in fact, a commodity, and why would BTC be one, but ETH isn’t one? 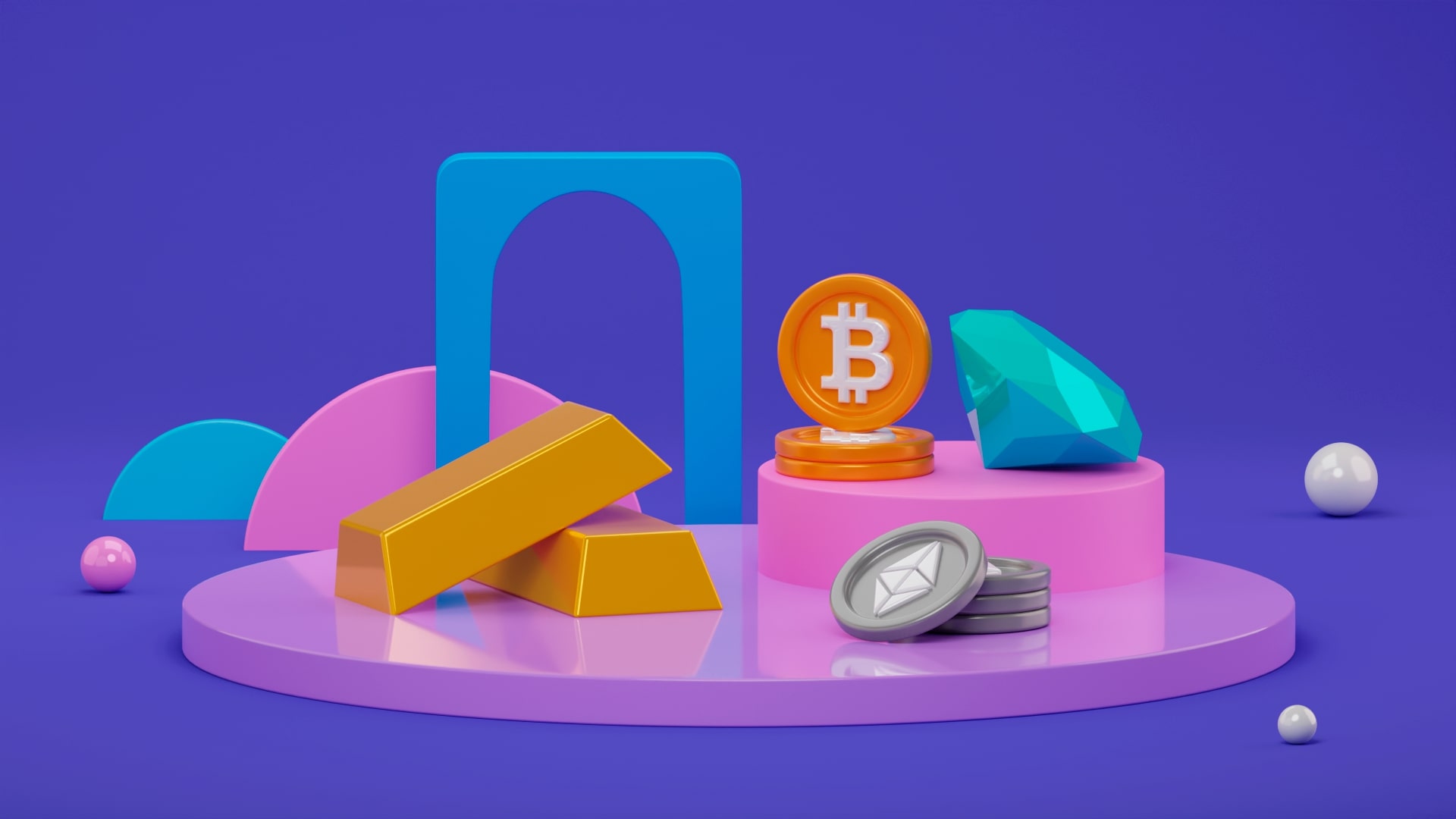 A couple of weeks ago, cryptocurrency's favorite villain, Gary Gensler, said Bitcoin was the only cryptocurrency he was comfortable declaring a commodity: (watch until 0:50)

Does GG imply that Ether is not a commodity? What the heck is, in fact, a commodity, and why would BTC be one, but ETH isn’t one? In this article, we cover:

A commodity is an economic good, usually a resource, that has full or substantial fungibility: that is, the market treats instances of the good as equivalent or nearly so with no regard to who produced them.

Full fungibility means one unit equals one unit. For instance, fiat currencies like USD have full fungibility since bills are identical (apart from their serial number). Cryptocurrencies, whether tokens or coins, are also fully fungible. One Bitcoin is the same as the next Bitcoin.

Some definitions imply that commodities are used for production or consumption — this can be true, but it’s not a hard and fast rule. For instance, oil is used to produce other goods. Gold, however, is often used in its (almost) original form as a store of value and does not produce anything.

Furthermore, commodities do not necessarily have to be physical. Storage space in the cloud is a digital commodity. Electricity is a commodity without a physical appearance.
Commodities can be assets, and vice versa. For example, real estate is an asset but not a commodity. Fiat currency is both an asset and a commodity.
Commodities are often not perfectly fungible. Crude oil, often referenced as the prototypical commodity, has different benchmarks. Oil can be heavy or light and sweet or sour, which refers to its density and sulfur content. This basically influences how easy it is to process and influences its price.
Another way of differentiation of commodities can be their production process. Salt, another stereotypical commodity that is virtually indistinguishable in taste, can be extracted in different ways. Some consumers also care about how sustainable the production process is, influencing the commodity's price. Thus, virtually no commodity does not also exist as a product with a marked-up value.

Both are commodities but with vastly differing use cases.

What Is a Security?

The United States Securities Exchange Act of 1934 defines a security as a fungible financial instrument that represents an ownership position and is used to raise capital in the form of equity (stocks), debt (bonds), or a combination of both.
Before the rise of cryptocurrencies, a security could not be a commodity. Securities are tradable financial assets. For instance, stocks are equity securities and bonds are debt securities. A derivative — like a futures contract of a commodity — is also a security. However, a commodity itself could not be a security, because there is no issuer. The invention of cryptocurrencies has raised the very thorny question of whether a cryptocurrency can be a security and a commodity, or just one or the other.
Failing or passing the Howey Test often pops up concerning cryptocurrencies. This test establishes whether a transaction qualifies as an "investment contract" and is thus considered a security subject to registration requirements under U.S. laws. According to the Howey Test, a security is:

For example, launching a company and issuing stocks fails the Howey Test, because buying stocks is a transaction with the expectation of profit derived from the efforts of the company's employees.

Are Bitcoin and Ether Commodities?

To answer this question, we have to understand what BTC and ETH do.

On the Ethereum blockchain, users can also transact value. However, Ethereum is more frequently used to execute smart contracts on the blockchain. These deterministic functions allow us to build applications that use Ethereum's decentralized blockspace as an "operating system." Hence, Ethereum is pitched as a decentralized world computer.

Note that Ether (the cryptocurrency) could be a commodity, but not Ethereum (the network).

Sometimes, BTC is referred to as digital gold and ETH as digital oil. This analogy is broadly correct, as ETH is "consumed as fuel" to execute smart contracts that make up decentralized applications.
In short, yes, BTC and ETH are digital commodities. However, if blockspace in and of itself is a digital commodity, then all blockchains are commodities. This is where we need to make a further distinction between commodities and securities.

Are Bitcoin and Ether Securities?

To answer this question, we have to understand the difference between public and private goods:
By that definition, the Bitcoin network is a rivalrous public good. The network belongs to nobody, and there is no centralized control over it. However, the more people use its blockspace, the higher transaction fees become.
The Ethereum network is currently also a rivalrous public good. However, some fear that its switch to proof-of-stake could make it more similar to a private good, where addresses can get censored. The biggest validator nodes will belong to institutional players like centralized exchanges: if this remains the case, they could accumulate more ETH through staking rewards, which introduces a centralization risk to Ethereum.
Bitcoin passes the Howey Test since, at its inception, there was no expectation of profit and no counterparty to be relied on to make an effort to attain Bitcoins. In other words, owning BTC does not mean one owns the network.
Ethereum’s case is not as clear-cut. This is mainly because ETH was sold to raise money to bootstrap the Ethereum network. That also implies, at least initially, a reliance on the effort of the Ethereum Foundation to get the network off the ground. Moreover, you could argue that the upcoming switch to proof-of-stake implies a literal stake in the network (akin to equity). However, it is usually argued that Ethereum is nowadays so decentralized that it does not qualify as a security (anymore).
On the other hand, other blockchains would be much more likely to be considered securities because of their centralization. Ethereum is commonly considered the most decentralized smart contract-oriented blockchain. Other chains rely to a much greater degree on a centralized team to drive their development (and thus their profitability).
Token launches are practically always securities. That is why most white papers explicitly state that there is no expectation of profit for a virtually worthless governance token.

The Implications of Digital Commodities

The obvious question is:

BTC and ETH are digital commodities. So what?

This perception has implications for their trading behavior.

Cryptocurrencies are currently considered a highly speculative and risky asset class (which is fair enough). However, if their perception changes to being (scarce) digital commodities, this will influence their price and trading behavior. For example, Bitcoin is expected to become less volatile in the long run. Depending on the network's adoption rate (demand-side push) and scaling solutions like the Lightning Network (supply-side push), Bitcoin could become (speculative) digital gold.

Etherum is more akin to hypergrowth high-risk equity in the blockchain industry. It boasts a highly experimental product as a "decentralized operating system" and does not have its use cases entirely figured out. However, the potential range is massive, from gaming to the tokenization and financialization of entire industries. Its success will depend on the success of the Merge and the successful adoption of scaling solutions like Optimism, Arbitrum, zkSync and Starkware.

Although Ethereum could still be declared a security, that is very unlikely. An entire industry has largely developed on the back of trading these two cryptocurrencies, and these powerful interest groups do not have an interest in changing the status quo. The longer ETH is not declared a security, the more likely it is that things will remain as they are.

Bitcoin and Ether are commodities, since they provide a highly sought-after digital commodity in blockspace. The same cannot be said for most other cryptocurrencies. Whether the market eventually agrees with this perception remains to be seen.

Crypto Basics
Crypto’s Role in Times of Political and Economic Uncertainty
With the world thrown into chaos by a pandemic (among other things) — what role does crypto play in helping out with economic crises?
By Andrey Sergeenkov
1 year ago
4m
Crypto Basics
A Guide to Decentralized Finance
Check out our DeFi guide, no matter if you're just a beginner, already trading or a real DeFi degen.
By Anupam Varshney
5 months ago
10m
Crypto Basics
What Is Insider Trading and Why Is It Illegal?
History is full of examples where public figures were jailed for insider trading. But what is it and why is it illegal? Read more to find out!
By Aden Batool
8 months ago
12m
See all articles