The ambitious metropolis is going to be funded by "volcano bonds," but their release has been delayed because of current market conditions. 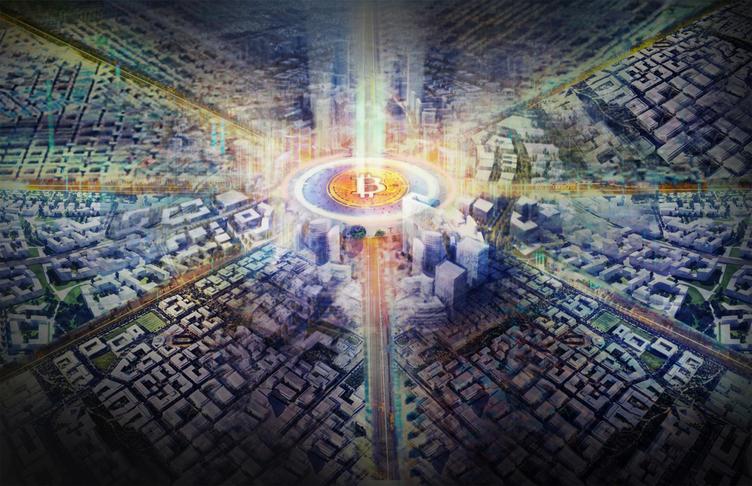 El Salvador has suffered a big setback in its ambitious plans to build Bitcoin City — with the country's finance minister confirming that the release of so-called "volcano bonds" has been delayed.

Nayib Bukele's government is hoping to raise $1 billion through these Bitcoin-backed bonds. While $500 million would be used to boost the country's BTC reserves, the other half would be invested in shiny new infrastructure so crypto can be mined using geothermal energy.

In front of a raucous crowd last November, President Bukele said Bitcoin City would be the shape of a large coin — and everything from residential areas to shops, bars and railways would be devoted to BTC.

But in an interview on local television, finance minister Alejandro Zelaya warned that it wasn't a good time to launch the bonds that would fund all of this. And since Bukele's big reveal, BTC's value has shrunk substantially, with the world's biggest cryptocurrency falling 38% from its most recent all-time high of $68,789.63.

Blaming the uncertainty that has arisen from Russia's invasion of Ukraine, he said Salvadoran officials want to wait until market conditions are more favorable… and Bitcoin has recovered.

Zelaya still believes that it would be ideal for the volcano bonds to make their debut in the first half of 2022, but suggested that their launch could be pushed back to September. He also warned any further delays would cause new problems, and said:

"After September, if you go out to the international market, it is difficult [to raise capital.]"

The delay is an unfortunate development for El Salvador, not least because the country had intended to offer the Bitcoin bonds between March 15 and 20.

Nonetheless, Zelaya has claimed that the bonds are set to be "substantially" oversubscribed, and demand could hit $1.5 billion — $500 million more than it intends to raise.

Earlier this week, a new report by El Salvador's Chamber of Commerce and Industry revealed just 3.6% of local businesses say BTC has caused their sales to increase since it became legal tender six months ago.

Back in September, Bukele also announced that the country was investing millions of dollars into Bitcoin — with the president repeatedly "buying the dip" over recent months, reportedly from his smartphone.

All but one of these purchases has been made at price points far higher than Bitcoin's current value of $42,000, meaning El Salvador is currently contending with some eye-watering losses on paper.

Crypto News
ETH Price Hits $4,360 — $500B Market Cap Overtakes the World's Biggest Banks
In other developments, a Newsweek report suggests that 46 million Americans now own Bitcoin.
Oleh Connor Sephton
1 year ago
2m
Crypto News
One of World's Biggest Crypto Seizures Made By Police in London
"We have highly trained officers and specialist units working day and night to remain one step ahead," the Met says.
Oleh Connor Sephton
1 year ago
2m
Crypto News
CoinMarketCap News, August 3: Michael Saylor — The New CEO of Bitcoin?
Also today, two huge hacks hit Nomad and Solana — and all told, as much as $200 million may have been stolen.
1 week ago
4m
See all articles