Who Are the Winklevoss Twins?

The Winklevii are always popping up around crypto — who are these twins, and what do they do in the industry? 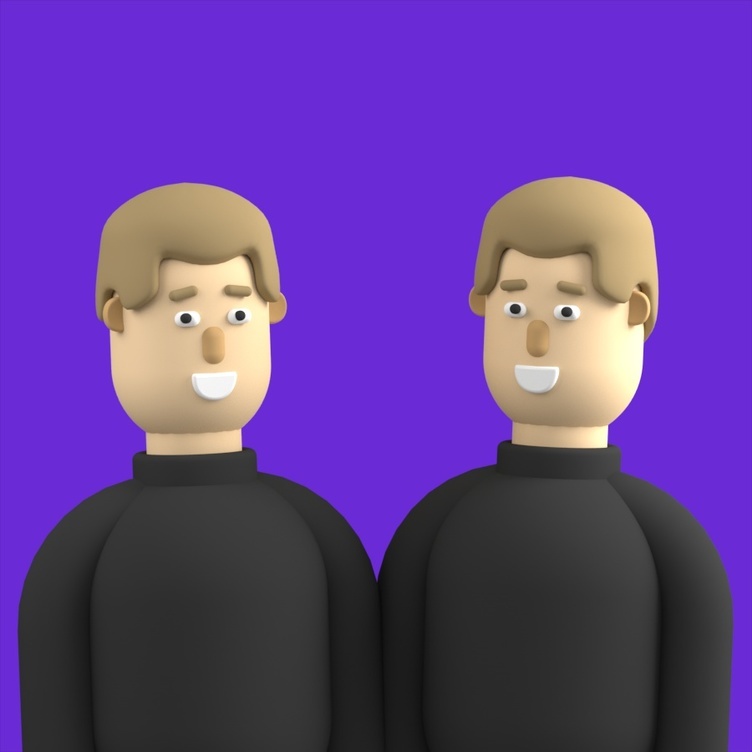 ‍Tyler and Cameron Winklevoss, popularly called Winklevii, are some of the most prominent figures in the crypto industry due to their penchant for managing, launching and investing in disruptive blockchain startups. At the last count, the identical twins, through their family office, Winklevoss Capital, have invested in over 25 digital asset startups.

In this guide, we will take a look at how these brothers came from being considered a mere bleep in Facebook’s history to rank as some of the biggest and richest personalities in the crypto community.

Tyler Howard Winklevoss is an American cryptocurrency investor, founder of Winklevoss Capital Management, founder and CEO of Gemini and Olympic rower. He majored in Economics in Harvard in 2000, where he later co-founded HarvardConnection (renamed ConnectU) which is entrenched in Facebook’s history. Tyler completed his MBA in 2010 at the University of Oxford, and went on to found Winklevoss Capital with Cameron. Forbes estimates that Tyler Winklevoss's net worth is US$3 billion.

Cameron Howard Winklevoss is the founder of Winklevoss Capital Management, founder and president of Gemini, entrepreneur and Olympic rower. Apart from majoring in the same undergraduate and postgraduate program as his brother, the twins also competed in pair rowing at the 2008 Beijing Olympic Games, finishing sixth in the final. Forbes estimates that the pair still own around 70,000 Bitcoins, along with other digital assets as part of their net worth.

For those familiar with Facebook’s origin story, you will recall that Mark Zuckerberg was alleged to have stolen the idea of building a profile-based social network from his classmates, Tyler and Cameron Winklevoss, and their roommate, Divya Narendra, in Harvard. At the time, the identical twin brothers approached Zuckerberg to help build a social/dating network that can help connect students with similar interests. Unknowing to them, Zuckerberg had other plans of his own. After agreeing to help, Zuckerberg went on to create what he initially called TheFacebook.com, which later metamorphosed to Facebook.

As documented in Ben Mezrich’s book, The Accidental Billionaire, and its movie adaptation, The Social Network, Tyler and Cameron filed an intellectual property lawsuit against Zuckerberg and reached a settlement that saw them walk away with $45 million worth of Facebook’s pre-IPO shares and $20 million in cash.
In 2019, Mezrich confessed that his narrative of the dispute between Zuckerberg and the Connecticut-raised brothers might have misconstrued the latter’s true personality. In The Accidental Billionaire, Tyler and Cameron came off as the privileged antagonists based on how they look, where they came from, and how they dressed. However, in his subsequent telling of the twins' redemption and rise to fame, the author concluded that he might have misjudged them at the onset. He even went as far as calling them American icons in a discussion panel organized to promote his 2019 book on the twins, Bitcoin Billionaires.
In June 2020, Stampede Ventures announced that they will be partnering with the Winklevoss twins to produce a film adaptation of Mezrich’s Bitcoin Billionaires, as a follow-up to the Oscar-winning film The Social Network.

Following their publicized settlement with Facebook and Mark in 2008, the brothers went on to represent the USA in the rowing competition in Beijing Olympics (the brothers had been rowing competitively from the age of 15).
After securing their MBAs at the University of Oxford’s Saïd Business School, Tyler and Cameron looked to invest their settlement money in tech startups in Silicon Valley. This led them to launch Winklevoss Capital designed as a venture investment company. However, it was not long before the brothers faced the bitter truth – their dispute with Zuckerberg in famed Facebook history had left an indelible mark on their names. After several failed attempts at investing in tech startups, it became clear that Silicon Valley had blacklisted them (according to their interviews in Bitcoin Billionaires).

It was in 2012 that the Winklevoss brothers eventually had a breakthrough for their investing plans, albeit in an unregulated technology landscape. While vacationing in Ibiza, the brothers were introduced to Bitcoin, which at the time was nothing more than a joke to the traditional investment world. Despite the risk involved, Tyler and Cameron bought $11 million worth of Bitcoin at $8 per unit.

At first, things didn’t pan out as planned. The duo had then invested $1.5 million in BitInstant, a platform that allowed users to buy Bitcoin with U.S. dollars. Unfortunately, some of the purchases were discovered to be linked to money laundering operations by drug dealers on Silk Road’s darknet market. As a result, the website was shut down by regulators in 2013 and its CEO, Charlie Shrem, was sentenced to a year in prison.

This incident taught the Winklevoss brothers that they had to adopt a hands-on approach if they intended on promoting a safe and regulated system for investing or participating in the crypto industry.

The Rise of a Crypto Empire

Tyler’s and Cameron’s resolve to bring some sort of structure to the nascent crypto industry resulted in the launch of Gemini. In its early years of operation, Gemini was strictly designed to facilitate the buying and selling of Bitcoin. However, as the crypto market matured and expanded, the exchange slowly began to feature a growing list of altcoins. Today, Gemini supports 45 digital assets and processes an average of $200 million worth of trade volume daily.

One thing that sets Gemini apart is its commitment to the establishment of a safe, reputable and regulated trading terminal. Gemini remains one of the trusted brands in the crypto industry due to its focus on users’ safety. In 2015, it emerged as the first crypto exchange to earn the status of a licensed trust company in New York. Gemini’s good standing with U.S. regulators has also spurred the exchange to propose Bitcoin ETF products for SEC’s approval. Although these proposals have not yielded the desired result, it shows that Gemini is one of the progressive crypto companies pushing for mainstream adoption.
Apart from its exchange services, Gemini also provides custodial solutions. In 2018, the exchange launched a digital asset, Gemini Dollar, pegged to the value of the U.S. dollar.

While Gemini embodies the regulatory stance of the Winklevoss brothers, it is their foray into the non-fungible token market that seems to be attracting all the buzz. In 2019, the brothers bought Nifty Gateway, an NFT marketplace from the Cock-Foster brothers, who are also identical twins. Nifty Gateway was originally built as an NFT portal. However, after it was sold to Gemini, it was quickly re-engineered into an exclusive NFT auction platform. The platform selectively picks artists and sells their arts in drops.

Notably, the biggest name in NFTs, Mike Winkelmann (also known as Beeple) was introduced to the blockchain trend by Nifty Gateway, and in a short while, he had sold some of his works for hundreds of millions of dollars. In march, one of his NFT collections sold on Christies for a whooping $69 million.
The latest in Winklevii’s long list of crypto investments, Artie, centers around blockchain-based games that offer exportable digital assets. Artie is said to build “app-less” games that can be streamed from anywhere. The digital assets can be exported and traded on open marketplaces and even imported into other games. As of May 2021, the Winklevoss twins reportedly have a combined net worth of $6 billion and there is every reason to believe that their status and wealth would grow in tandem with the crypto industry.
This article contains links to third-party websites or other content for information purposes only (“Third-Party Sites”). The Third-Party Sites are not under the control of CoinMarketCap, and CoinMarketCap is not responsible for the content of any Third-Party Site, including without limitation any link contained in a Third-Party Site, or any changes or updates to a Third-Party Site. CoinMarketCap is providing these links to you only as a convenience, and the inclusion of any link does not imply endorsement, approval or recommendation by CoinMarketCap of the site or any association with its operators. This article is intended to be used and must be used for informational purposes only. It is important to do your own research and analysis before making any material decisions related to any of the products or services described. This article is not intended as, and shall not be construed as, financial advice. The views and opinions expressed in this article are the author’s [company’s] own and do not necessarily reflect those of CoinMarketCap.
9 people liked this article

Crypto Basics
When to Sell Your Crypto?
It’s hard to predict the best time to sell your crypto. This article will help you apply some basic strategies to avoid potential mistakes and make some gains.
Oleh Emi La Capra
4 months ago
6m
Crypto Basics
The 12 Best Bitcoin Wallets in 2022
Investing in cryptocurrencies for the first time? Not sure how to keep your assets secure? Here is a list of the best bitcoin wallets to keep your coins safe!
Oleh Werner Vermaak
11 months ago
19m
Crypto Basics
Centralized vs Decentralized Exchanges
CoinMarketCap Alexandria explains the difference between centralized and decentralized exchanges — and who should use which one.
Oleh Ivan Cryptoslav
9 months ago
7m
See all articles