The Origin of Bitcoin: How a Global Meltdown Turned Into Financial Freedom
Daftar Isi
Satoshi Nakamoto
The Role of 2007 Financial Crisis in the Creation of Cryptocurrency
Gavin Andresen
Wladimir Van Der Laan
Who Are Other Core Developers and Who Funds the Project?
How Do Bitcoin Developers Operate?
Crypto Basics 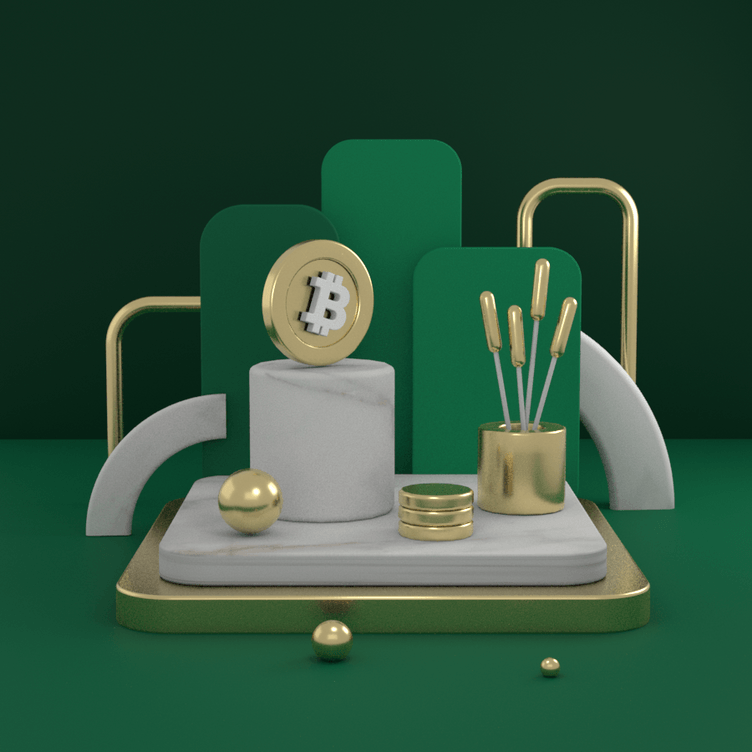 Bitcoin is a decentralized currency that runs on a network called a blockchain. The program that runs the network is known as Bitcoin Core. It is responsible for deciding which block contains valid transactions. It is an open-source project supported by nodes that run the network by storing data.

So, who is responsible for running the Bitcoin core? What’s the profile? Are they educated and wealthy?

These people are known as Bitcoin developers. They work together to improve the functionality of Bitcoin as a protocol for storing and transferring value.

Before discussing the names and profiles of current developers, first, let’s talk about Satoshi Nakamoto — the inventor of Bitcoin, who is also considered as the original developer of Bitcoin Core.

Satoshi Nakamoto is the creator of Bitcoin. However, it is not clear even today if Satoshi Nakamoto is a man, a woman, or a group of people. Satoshi has kept their identity hidden ever since the release of the Bitcoin code into the wild back in 2008.

Satoshi Nakamoto is often the first name that beginners Google after searching for Bitcoin. Most of the big tech companies and products have famous founders. It is only natural you would want to learn more about the person behind one of the fastest-growing industries, called cryptocurrencies.

The Role of 2007 Financial Crisis in the Creation of Cryptocurrency

After the financial crisis of 2007, the world felt the need for a system that wouldn’t have the weaknesses that banks and other financial institutions had. In 2008, Nakamoto, a cryptographic pioneer, published a white paper and told the world about the use of digital currencies and how they could be a challenge for banks.

In 2009, Nakamoto released the first version of the Bitcoin software client. By the end of 2010, after the release, they disappeared. It’s interesting to know that Nakamoto worked with people on Bitcoin and built the software but never shared anything about their personal life — not even their appearance.

In Japanese, Satoshi means “clear thinking, quick-witted, and wise,” “Naka” means “medium, inside or relationship,” and “Moto” means “origin” or “foundation.” It is not known whether the Bitcoin creator was Japanese or not; however, people find the meaning of Satoshi Nakamoto quite intriguing, considering the founder is still nowhere to be found.

After 2010, many people came forward and claimed to be Satoshi Nakamoto. Some investigative journalists wrote long articles on the real Bitcoin creator. However, none of them were verified. Even after more than a decade of the creation of Bitcoin, Nakamoto is a mystery.

There is debate on how much Bitcoin Nakamoto has, considering they were the creator. Experts believe that their holding could be around 1 million Bitcoin, also known as the Satoshi stash. Will Nakamoto appear one day? Can’t say. How will we recognize him? Don’t know.

We can’t say what the future holds, but one thing is for sure that had Nakamoto been active today, they would have been billionaire(s).

When Satoshi Nakamoto disappeared in 2010, Gavin Andresen took the role of lead developer of Bitcoin Core. An alum of Princeton University, who started his career as a software developer, was intrigued by Bitcoin's decentralized nature. He gave an idea of how Bitcoin would look like and how the project would work. He formed a team of five core developers who had the power to change the code behind Bitcoin. He founded the nonprofit Bitcoin Foundation in 2012 and dedicated himself to the industry.

He successfully carried out the legacy of Nakamoto; however, in 2016, he controversially announced that Australian computer scientist Craig Wright was Satoshi Nakamoto. Wright has always been claiming that he is an actual Bitcoin creator. When he got support from Andresen, it escalated the debate about the existence of Nakamoto. Later, Andresen paid the price for backing Wright. His permission to make changes to Bitcoin's code was refused. He regretted and wrote a blog that he should have never been involved in the "who was satoshi" debate.

Andresen lives in Amherst, Massachusetts, and his Twitter id is @gavinandresen.

In 2014, Gavin Andresen decided to pass the torch to Wladimir Van Der Laan. Now, Laan is the current lead developer of Bitcoin Core.

He is from Amsterdam, Netherlands, and likes to spend his time developing software. He started his career in the late ’80s and learned computer languages. In 2011, when he heard about the Bitcoin project, he immediately got intrigued by the idea of decentralized digital currency. He started as a contributor for the Bitcoin project, and now he reviews and monitors the project with others.

Laan likes to keep a low profile, so very little is known about him and his private life. His Twitter id is @orionwl.

Who Are Other Core Developers and Who Funds the Project?

Software developers monitor Bitcoin core, and their list is long. Cory Field, Marco Falke, Michael Ford are some of the popular names. Educational institutions, labs, and firms have supported the project.

How Do Bitcoin Developers Operate?

Since Bitcoin core is open software, anyone can propose changes that can improve its functionality. But is it easy to implement changes on Bitcoin core? The answer is — no. The core developers are responsible for running Bitcoin Core, and their main job is to enhance the efficiency of the Bitcoin protocol. They review and discuss each proposal and decide to take further steps by an agreement known as consensus.

After accepting or rejecting the changes, a few individuals integrate them into the Bitcoin Core. They are responsible for maintaining the functionality. There is trust between the developers and the community, and developers can’t integrate code that has not been approved. If they breach their trust, they can be removed from the community.

In case there are any malicious changes, the older version of Bitcoin Core can be restored.

Bitcoin developers try to improve the network’s privacy so that it can offer improved security, speed, and strength. These features are quite crucial as Bitcoin has emerged as an investment option worldwide.

Crypto Basics
How to Buy Dogecoin in 2022?
New to crypto? Want to buy Dogecoin (DOGE) but no one is helping you out? Here is a short guide to buying your favorite crypto! Read more!
Oleh Hassan Shafiq
5 months ago
5m
Crypto Basics
Why China’s DCEP Experiment Should Scare Crypto Evangelists
China's national cryptocurrency has created a lot of excitement, but it demonstrates a potentially dark application of blockchain technology.
Oleh Werner Vermaak
1 year ago
6m
Crypto Basics
What Is Distributed Ledger Technology (DLT)?
Blockchain and DLT are often used to mean the same thing — but all DLT is not blockchain. What is distributed ledger technology?
Oleh Werner Vermaak
1 year ago
5m
See all articles