What Is HOSKY Token? Features, Tokenomics, and Price Prediction

CoinMarketCap takes a deep dive into Hosky Token ($HOSKY), a meme token in the Cardano Ecosystem that runs a unique negative marketing campaign against itself. 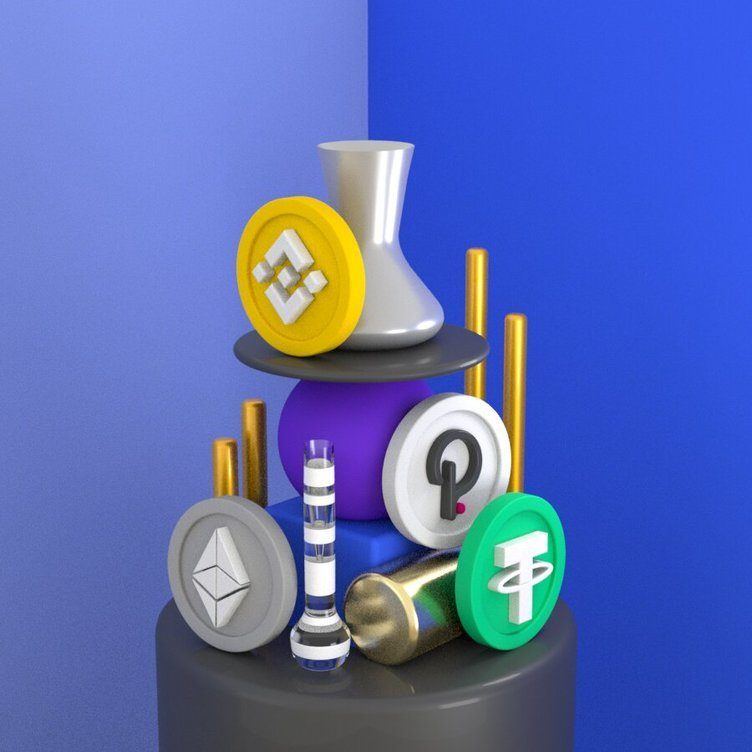 Hosky Token ($HOSKY) claims to be a low-quality s**t coin meme token on the Cardano ecosystem. The Hosky Token (HOSKY) goes on to call itself a worthless token with no significant financial value and no promise of massive gains, whatsoever. However, all of it is just a marketing tactic to attract more investors, which becomes apparent as you become a part of their Discord group and follow them on Twitter.
Subscribe

There are absolutely no technical details given in the official whitepaper of Hosky token, so we're afraid but we don't know either. However, the only point mentioned in the whitepaper is that memes are the only basis of the Hosky project and they are here to make us all #memellionaires. They will do this by setting their goals higher than any s**t coin has done before, which is why they won't go to the moon or Mars, but straight to Pluto, which is not even a planet anymore.

Do you seriously think there would be a roadmap given for this token? *laughs hysterically*

Constantly putting your crypto project down and still getting followers is not everyone’s cup of tea. This is the element that makes the Hosky token stand out from the other meme-coins in the market.

You’ll never know how many Hosky tokens you are going to get. Unlike other crypto projects where you do know the exact amount of tokens you’re getting for your money, the Hosky token keeps you in suspense, as explained later in this article.

In the tokenomics section, the HOSKY token team decided to finally boast a little, as they claimed that their tokenomics are much better than some of the non-meme coins out there, in addition to having way more meme potential (this is true, judging by their Twitter activity).
Initial token mint: 1,000,000,000,000,000

50% - Circulating Supply will be distributed as follows:

This is a little tricky and frustrating, especially if you want to buy more Hosky tokens than the normal limit. However, making one transaction is relatively easier. To buy Hosky tokens, follow these steps:

Calling a cryptocurrency project garbage, worthless, and of no financial value may motivate everyone out there to never invest in such a crypto venture. HOSKY token, however, is an exception. Despite calling itself a project that is only there to take advantage of everyone out there and can be rug-pulled any time, the HOSKY token continues to gain interest not only from ordinary crypto users but from major meme-coin investors as well. Here the meme-coin whale investor being referred to is the SlumDOGE Millionaire, who goes by the Twitter handle @ProTheDoge. The SlumDoge Millionaire claims to be the first Dogecoin millionaire and is a frequent investor in memecoins. His recent interest in the Hosky token and his total buying of 30 billion Hosky tokens (which took him 10 hours to buy, as per his YouTube video) is a good indication that this project is something big.
The second reason why the Hosky token may be the next big thing in the memecoin world is that it is hosted on the Cardano network. Cardano was built with scalability in mind. It now offers 250+ transactions per second, compared to 15 for Ethereum. On Cardano, the typical transaction costs roughly 0.1 ADA, which is about a handful of cents.  The enormous amount of power needed by PoW blockchains such as Bitcoin and Ethereum has been one of the primary concerns in 2021. Cardano uses 99% less power than either of these blockchains, thanks to its PoS method, which makes it environment-friendly. Considering this huge benefit of the Cardano network over the other blockchains, the Hosky token seems to have a good base to blast off once (and if, pun intended) their team plans to launch it on major cryptocurrency exchanges.
The Hosky token’s unique marketing perspective is not witnessed in any other crypto project so far. Calling your own whitepaper 'Doggie Doo Doo', making memes about a rug-pull, and making it hard for users to buy more than 0.5 ADA worth of Hosky tokens are just some smaller examples of Hosky token’s campaign to glory (or doom? 😂 ). However, this is the exact methodology that has been working wonders for the HOSKY token as their Twitter and Discord channel following always seems to be in an upward trend. Imagine investing in a token that blatantly says that they are worthless and still gets the attention that many meme-tokens out there crave to have from cryptocurrency enthusiasts. This surely means that the Hosky token has a huge potential and it is something to look out for in the near future.
The Hosky token project has also decided to get its feet into the NFT game. Of course, they claim that they are printing nothing but JPEGs and they’re totally worthless, however, the price for these ‘worthless JPEGs’ NFTs is 6.9 ADA each.
The $HOSKY C(ash grab)NFT will become live on Dec, 1st 2021. The start of NFTs in the curious atmosphere of Hosky is just another opportunity for its marketing team to come up with ideas that grow the project further.
This article contains links to third-party websites or other content for information purposes only (“Third-Party Sites”). The Third-Party Sites are not under the control of CoinMarketCap, and CoinMarketCap is not responsible for the content of any Third-Party Site, including without limitation any link contained in a Third-Party Site, or any changes or updates to a Third-Party Site. CoinMarketCap is providing these links to you only as a convenience, and the inclusion of any link does not imply endorsement, approval or recommendation by CoinMarketCap of the site or any association with its operators. This article is intended to be used and must be used for informational purposes only. It is important to do your own research and analysis before making any material decisions related to any of the products or services described. This article is not intended as, and shall not be construed as, financial advice. The views and opinions expressed in this article are the author’s [company’s] own and do not necessarily reflect those of CoinMarketCap. CoinMarketCap is not responsible for the success or authenticity of any project, we aim to act as a neutral informational resource for end-users.
6 people liked this article