Binance suspended withdrawals for both LUNA and UST in the early hours of Tuesday "due to a high volume of pending transactions." 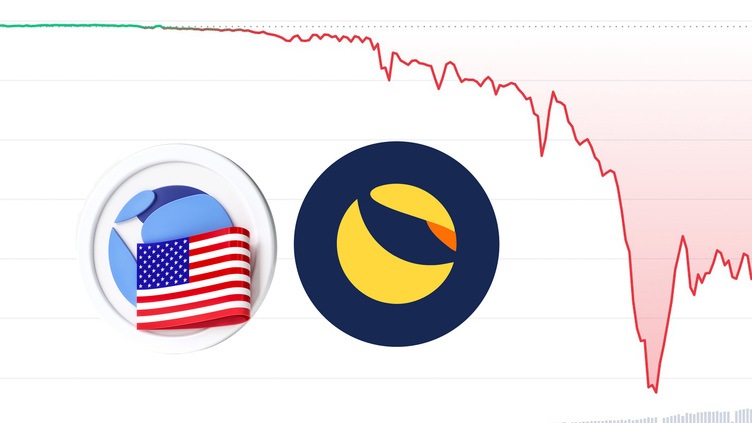 The TerraUSD stablecoin has imploded — losing its $1 peg and plunging to lows of $0.68 in the early hours of Tuesday.

While UST is beginning to head upwards, it's continuing to trade like an altcoin right now. At the time of writing, prices stand at $0.915.

All of this helps add context to the woes facing Bitcoin at the moment.

Most stablecoins, Tether among them, are backed on a one-to-one basis by U.S. dollars that are held in reserve.

But UST is an algorithmic stablecoin, meaning incentives are used to keep the asset's price stable instead.

When UST is worth more than $1, LUNA tokens are burned so more units of this stablecoin can enter circulation. Conversely, when UST's value dips below $1, units are taken out of circulation in order to purchase LUNA.

The Luna Foundation Guard, which oversees UST, has also moved to hold Bitcoin worth billions of dollars as collateral for the stablecoin in recent months.

And all of this has set the stage for a rather nasty situation where a depeg of the UST stablecoin could send shockwaves through the entire crypto ecosystem.

The LFG has now emptied out its Bitcoin wallet as it battles to bring UST back to $1 — but there's now a bigger problem on the horizon.

Another casualty of the TerraUSD fiasco has been Terra, a token otherwise known as LUNA.

The current uncertainty gripping this stablecoin has been calamitous for LUNA's price.

In a little under eight hours, this altcoin plunged by an astounding 50% — in what may be an unprecedented crash for such a major cryptocurrency.

LUNA is no longer one of the 10 biggest coins by market cap, plunging to #13 at the time of writing.

And weirdly, this means that the UST stablecoin now has a bigger market cap than LUNA.

Here's the problem: this ecosystem was designed so that $1 of UST could be claimed for $1 of LUNA — and with both of them crashing, there's now a real danger of a bank run as investors scramble to cash out.

On Monday, Terra co-founder Do Kwon had attempted to calm traders by announcing that the Luna Foundation Guard was deploying $1.5 billion in capital — half in BTC and half in UST — "to allay market concerns" surrounding the stablecoin.

Unfortunately, it seems that this strategy hasn't worked.

He's been silent since — and things have been gradually going from bad to worse.

Binance suspended withdrawals for both LUNA and UST in the early hours of Tuesday "due to a high volume of pending transactions" — but vowed they would be reinstated once the network is stable.

Crypto News
Kings of Leon Releasing Album as NFT — and Rare Token Offers Crazy Perks
The rarest token will offer front-row seats for life — and a personal driver to boot.
Oleh Decentralized Dog
1 year ago
2m
Bitcoin
What Is Bitcoin?
A beginner's guide to the basics of Bitcoin and how it works.
Oleh Andrey Sergeenkov
3 months ago
5m
Crypto News
Storybook Brawl Bombarded with Negative Reviews After Video Game Bought By FTX Crypto Exchange
Over the past 30 days, testimonials about Storybook Brawl have been "overwhelmingly negative" — with just 17% of 725 reviews saying something nice about the title.
Oleh Connor Sephton
2 months ago
3m
See all articles