CMC takes a deep dive into the newest v3 update for Uniswap, one of the leading decentralized exchanges. 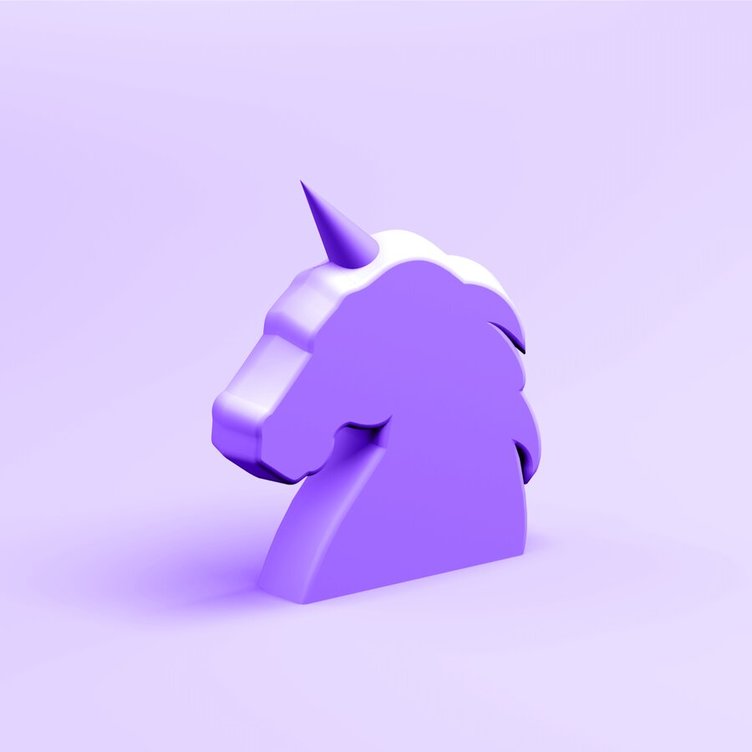 After months of growing public anticipation, Uniswap, the groundbreaking decentralized exchange (DEX) for Ethereum’s ERC-20 tokens, has finally unveiled its V3 iteration.
In a detailed blog announcement on Tuesday, accompanied by a Uniswap V3 white paper, the platform announced a number of explosive new improvements, as well as a rollout date of May 5 for Ethereum and May 12 for its throughput-boosting layer-2 solution Optimism.
The decentralized finance (DeFi) exchange’s bold blog post included some fighting words for its recent detractors, stating that the new update would make Uniswap the most flexible and efficient automated market maker, or AMM (its original claim to fame), ever designed.

And with reason. The next-generation Uniswap introduces some much-needed muscle in terms of AMM functionality, capital efficiency, fees and price oracles and will do much to help the popular and important exchange reclaim its throne as the world’s apex DEX.

In an unexpected departure from its open source roots, Uniswap is also seeking to stave off further exploitation of its intellectual property by the likes of “vampire mining” competitor Sushi, by licensing V3’s code bank as a business source license and slapping on a time delay on authorized commercial use of up to two years. After this period, the code will be repurposed as an open-source GPL “into perpetuity” for the crypto community to use or build on.

Uniswap’s new licensing mechanism shows it means business and will take the necessary steps to protect its V3 innovations against rampant duplication like with V2.

The two-year-old decentralized platform has enjoyed remarkable growth during the latest crypto bull run, accounting for as much as 20% of all Ethereum transactions at one point. However, its runaway success has led to systemic problems and criticism (see further below) which needs to be addressed in future versions.

With Ethereum set to dramatically increase its transaction speed and rivals PancakeSwap and MDEX overtaking it as the world’s largest decentralized exchanges in volume right now , Uniswap’s big reveal couldn’t come at a better time to put some spark back into it and DeFi’s still bright futures.
Ethereum’s spiralling network congestion and exorbitant gas fees have partly been blamed on the DEX, as Uniswap V2 is currently the top consumer of gas.
These issues have had a suffocating effect on the whole Ethereum ecosystem as it makes its painful migration from a proof-of-work (PoW) chain to its proof-of-stake (PoS) final form, forcing it to cede market share, users and developers to upcoming competing networks like Cardano, Polkadot and Binance Smart Chain (BSC).
Subscribe

So what’s under the hood for Uniswap V3? Its remarkable white paper, co-authored by founder Hayden Adams, goes into very complex detail. Here’s a quick peek first before we check the shiny V3 engine in more detail further down:

The biggest new features are:

How Uniswap Lost Its Groove

In 2018, Uniswap v1 opened a world of new possibilities to the decentralized finance (DeFi) world by offering its elegantly-designed automated market maker (AMM) with less than 300 lines of code and a simple formula. It came as no surprise that Uniswap climbed swiftly to the top as the apex DEX in 2020.

Briefly challenged by copycat Sushi following the launch of their SUSHI governance token, Uniswap restored its dominance with the launch of its own native UNI token. Since then, it’s been an uninterrupted price climb for both the disruptive exchange and its asset.

Unfortunately, high gas fees and exposure to impermanent loss, among other reasons, have forced some liquidity providers and traders to migrate to other DEXs in the last few months. With Uniswap v3, the protocol is set to take itself further in the DeFi industry, and once again reclaim its place as the number 1 DEX in the world.

And if liquidity providers gravitate towards Uniswap V3, traders will primarily stand to benefit as this could spell better liquidity and fees for their trades.

What Is Uniswap V3?

Uniswap v3 is the newest iteration of the Uniswap protocol, which offers a DEX powered by an AMM that promises better capital efficiency for users and greater capital control for liquidity providers. Additionally, it also introduces changes in the accuracy of its price oracles, as well as new tiers for its fee structure.

Uniswap’s oracles have also improved the implementation of time-weighted average prices (TWAP), making its integration and use much quicker and cheaper than before. Gas fees on Uniswap v3 will also be substantially lower compared to v2 thanks to Optimism, an Ethereum-based second-layer solution to be deployed on Uniswap shortly after v3’s launch.

This is in contrast to v2, where the supply of capital from liquidity providers is aggregated and provided to any price range. If anyone wanted to set a particular price range for the liquidity they were willing to supply, their only option was to create a new pool, which was not always profitable since it also resulted in expensive gas fees and exposure to impermanent loss.

Concentrated liquidity gives the providers better liquidity and control over the exposure they are willing to take, as well as more efficiency on their capital.

In v2, swap fees were set at 0.30%. V3 introduced new fee tiers per pair, which are: 0.05%, 0.30% and 1%. This new fee structure is designed to allow liquidity providers to set an acceptable risk level for their margins.

LPs can choose between risky non-correlated token pairs or correlated pairs, and be compensated appropriately for absorbing these risks. Furthermore, UNI's governance model can add more levels or revise the tiers later on through community voting.

For version 3, Uniswap has improved the performance of TWAP oracles by making price inquiries faster and cheaper. Price averages can be easily accessed through TWAP with a single on-chain request. All the recent TWAPs that have been calculated within the previous nine days upon request can be quickly accessed.

This innovation is made possible by storing a cumulative record of previous inquiries, unlike before when “checkpointing” was required. And through this development, users can easily integrate new oracles that include new indicators beyond the average price of an asset.

Uniswap v3 will no longer issue a fungible ERC-20 token as a representation of a liquidity provider’s position. Instead, it will provide non-fungible tokens (NFT) to represent LP positions. According to The Block, Uniswap had admitted that one of the small drawbacks of v3 is that LP tokens are not interchangeable with one another. Common shared positions, however, can still be converted into fungible tokens through peripheral contracts or other bridged protocols.

Beyond these additions, Uniswap v3 will not automatically reinvest trading fees for the liquidity providers anymore. The team is also expecting the tokenization of sophisticated market strategies such as fee reinvestment, lending and multi-positions in the future.

The development of Uniswap v3 is well underway, with the protocol set to launch on the Ethereum mainnet by May 5. Its smart contracts will first be deployed on multiple testnets first as the team is still working on an update on the AMM’s interface, API and other features.

Once the new version is launched, a liquidity provider migration portal will also be made available for v2 providers.

A Brief History of Uniswap V1 and V2

In the early days of DeFi, EtherDelta was about the only well-known Ethereum DEX available. However, it wasn’t able to attract a significant number of users due to its reportedly poor user interface and user experience, as well as low liquidity, which wasn’t enough to support swaps for most listed tokens.
Next came Uniswap V1, the first version of the Uniswap protocol, which aimed to provide a functional DEX on Ethereum through liquidity pools and AMMs. Following its launch in November 2018, the protocol worked well for a while but encountered some problems later on, such as the manipulation of price feeds. Users were also only able to swap ERC-20 tokens for ETH.
Uniswap V2 was the second iteration of the protocol, which introduced the use of Wrapped Ether (WETH) to support a larger trading pool where any ERC-20 token could be swapped for another ERC-20 token. Furthermore, it added oracles in the system to promote decentralization, offer the best token prices and prevent price manipulation.
Uniswap V2’s success birthed new DEXs like 1inch, Sushi and PancakeSwap, with each of them adding their own unique quirks and innovations.
Despite its tremendous growth, Uniswap V2’s market share in DEXs had dropped, placing it at the third spot, next to PancakeSwap (Binance Smart Chain) and MDEX as of March 2021.

In a bid to improve the trading platform amidst mounting complaints from users, Uniswap worked on a third installment of the protocol, Uniswap V3, which is slated for release on the Ethereum mainnet by May 5.

Uniswap’s upcoming third version offers a vastly improved model for DEXs on paper, by enabling liquidity providers to have better returns on supplied assets, as well as tailor their exposure to their preferred assets in order to manage their risks more effectively. Traders, on the other hand, can enjoy greater capital efficiency.

Additionally, the implementation of Optimism’s layer-2 solution could substantially reduce the Ethereum network’s congestion, with Uniswap being the main offender at present.

If the new features bring back liquidity providers that have migrated to other AMMs, then Uniswap will be set to regain its dominance in the DeFi space. V2 was considered the standard for DEXs in the past, but only time will tell if v3 can truly build new highs for future AMMs.