The Senate’s Infrastructure Bill: What’s in It for the Crypto Community?
Daftar Isi
Provision for Cryptocurrency Taxation Is Sketchy
Amendments to the Provision — Missing the Mark?
Rebuttal by the Big Players in the Crypto Market
Is There a Clear Winner to This Proverbial Bout?
Crypto Basics

The Senate’s Infrastructure Bill: What’s in It for the Crypto Community?

The U.S. infrastructure bill has taken the crypto world by storm — but why does a bill about public spending have so much to do with crypto? 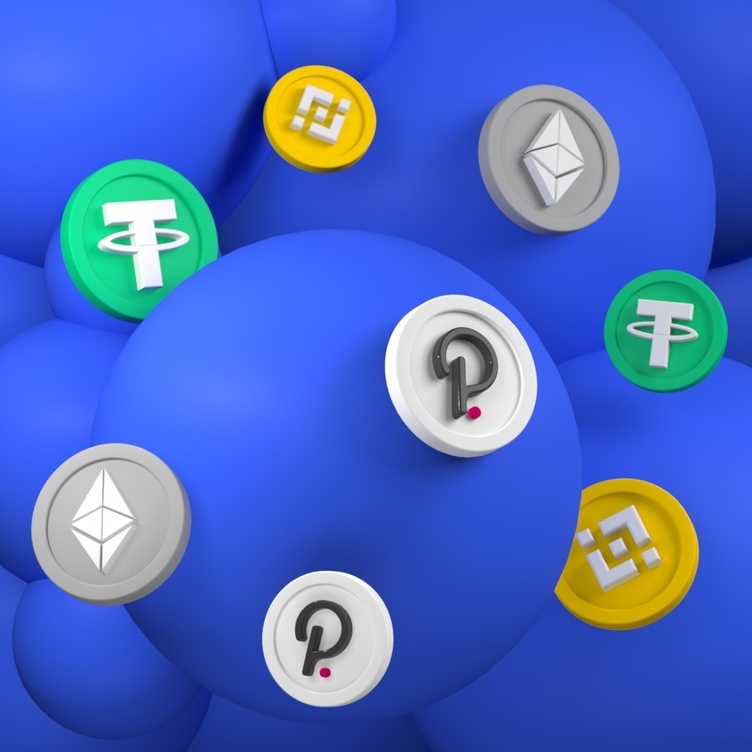 Valued at $1.2 trillion, the U.S. infrastructure bill has established itself as the fulcrum around which this week’s media storm revolves. From being a political football to turning into a peacemaker of sorts, the bipartisan bill has been hitting the headlines without fail. And why not? — a plethora of stakeholders across the globe have pinned their hopes on this 2,700-page bill for a brighter tomorrow.

And surprisingly, this bill — mainly related to roads, ports and bridges — has rattled the cryptocurrency community. In a proposal to raise around $28 billion over a period of 10 years, the bill advocated a cryptocurrency tax. However, the verbatim and the implications of this provision have left the Senate in splits.

Provision for Cryptocurrency Taxation Is Sketchy

In its original form, the provision for the crypto tax was reduced to what many saw as a farce, courtesy of its loose definition of the term “broker.” With the IRS knocking on the doors of the under-regulated crypto community, no efforts were being reserved by lobbyists to scale down this definition.

And if this definition was not more clearly defined, many parties in the cryptosphere would be bogged down by enormous reporting requirements.
The proposed rules in the bill are completely against the ethos of both crypto and blockchain technology. First off, the concept of decentralization inherent to the crypto space supersedes the need for a controlling authority. However, thanks to the proposal, all participants under the overarching umbrella of the vaguely defined “broker” would be required to file IRS forms.

For an ecosystem that is working on empowering end-users with complete control of their finances, this provision is a major obstacle. If passed, the bill shall leave the ecosystem open to significant volumes of financial surveillance. Coupled with reporting mechanisms, the provision spells trouble to the dream of true decentralization — at least in the U.S.

The provision to tax crypto participants is a step towards streamlining the crypto markets with traditional financial systems. However, in a bid to provide a level playing field, the feasibility of the provision is being left unchecked. Crypto, as a nascent industry, requires consistency in its workings. This further emphasizes the need for a concrete taxation system, if any, rather than a flawed proposal.

Amendments to the Provision — Missing the Mark?

Initially, the Biden administration’s proposal to expand crypto taxation to a broader group of individuals under the term “broker” was resisted by the lobbyists. Against the same, two competing amendments were put forth.

Sens. Wyden, D-Ore., Pat Toomey, R-Pa. and Cynthia Lummis, R-Wyo. introduced an amendment that excluded miners and developers from the term “broker.” This received staggering support from the crypto community, as it was in fair play that the mentioned parties were excluded. Both miners and developers, in a decentralized system, have no access to user information required by the IRS, according to the initial provision.
Later, an opposing amendment by the rival camp in Sens. Rob Portman, R-Ohio along with Mark Warner, D-Va. and Kyrsten Sinema, D-Ariz, further degraded the original provision’s elements and feasibility. By taxing all parties involved in the facilitation of digital asset transfer, players like miners and developers (both hardware and software) are forced to track their transactions in a way that many believe goes against the ethos of blockchain and crypto.

The former received widespread support from the lobbyists and other think tanks, with the extensive crypto community flashing a big smile. Social media platforms like Twitter and Reddit, which have been key in the growth and evolution of the crypto space, were filled with tweets and posts of support to the Wyden-Toomey-Lummis amendment.

On the flip side, the Portman-Warner-Sinema amendment received formal support from the White House, signifying the overarching influence of those on the pedestal. This very facet of centralized authority is a major reason why decentralized powers like crypto and DeFi (decentralized finance) products are being backed by the multitude.

Rebuttal by the Big Players in the Crypto Market

The infrastructure bill has been in the limelight for a while now, with its crypto provision further generating interest and curiosity amongst a wide sphere of audience — and the amendment put forth by the Portman camp has led prominent individuals and institutions to speak out against it.

Twitter’s CEO, Jack Dorsey, posted a series of tweets condemning the ill-fated amendment. He also clearly mentioned that if the bill was to pass, there shall exist a waterfall of technological innovation and development out of the U.S. Furthermore, he provided a workable solution in defining the term “broker” as the party that facilitates the exchange of fiat currencies to digital assets and vice versa.
Major crypto-related firms like Square, Coinbase, Ribbit Capital and Blockchain Association collated their thoughts and presented a statement that termed the original provision as unworkable. They also voiced out support to the amendment put forth by Sens. Wyden, Lummis and Toomey.

Marc Andreessen of the popular VC firm, Andreessen Horowitz, alongside Elon Musk and Ted Cruz have posted outraged statements on social media platforms against Sen. Warner’s amendment. “...a stunning loss for America and our ability to remain the innovation epicenter of the world” is how a spokesperson from Andreessen Horowitz described the disastrous bill.

In another outburst, the Electronic Frontier Foundation provided an extra perspective on the drawbacks of the provision. Catering to the privacy rights of individuals, the EFF upheld that the ability to transact anonymously is ingrained in civil liberties. Furthermore, they urged the Senate to act swiftly to modify the provision or ultimately table the discussion. However, they suggested an eight-point checklist for Congress to consider before regulating the crypto community.

Is There a Clear Winner to This Proverbial Bout?

Sen. Toomey, Portman, Sinema, Warner and Lumis announced a compromise late into the discussion — the exclusion of crypto transaction validators from the term “broker.” With the support of Democrats, Republicans and the Treasury Department, a bipartisan compromise was presented in front of the Senate.

Sen. Richard Shelby of Alabama had a different idea as he filed an objection, trying to pursue his agenda of increasing military spending. This meant that the Senate was back to the original draft of the crypto provision which was introduced nearly eight days ago. A clear winner, in this case, would be the administrators as they now can wield financial and regulatory oversight on top of the crypto market.

It remains to be seen how the bill will ultimately shake out in the House.

I'm a freelance crypto and blockchain writer from India.

Crypto Basics
What Does Vesting Mean in Crypto?
Vesting periods, vesting schedules, token unlocks and vested tokens. What exactly do these mean, and how does it affect the circulating supply of a cryptocurrency? Read on to find out more.
Oleh Daniel Phillips
6 days ago
6m
Crypto Basics
Why Are We in a Bear Market? When Will It End?
Where are we in this bear market? Is it different from the previous ones? What can put an end to it? Let us help you find the answers to these tough questions!
Oleh Ivan Cryptoslav
1 week ago
8m
Crypto Basics
Crypto During a Crisis - How Is Bitcoin Helping Ukraine?
After thirteen years, is Bitcoin finally demonstrating its best use case during dramatic events? Find out how Bitcoin and cryptocurrencies are currently being beneficial to Ukraine.
Oleh Emi La Capra
5 months ago
4m
See all articles