The trend is your friend! Here is why Ethereum (ETH) is still bullish! 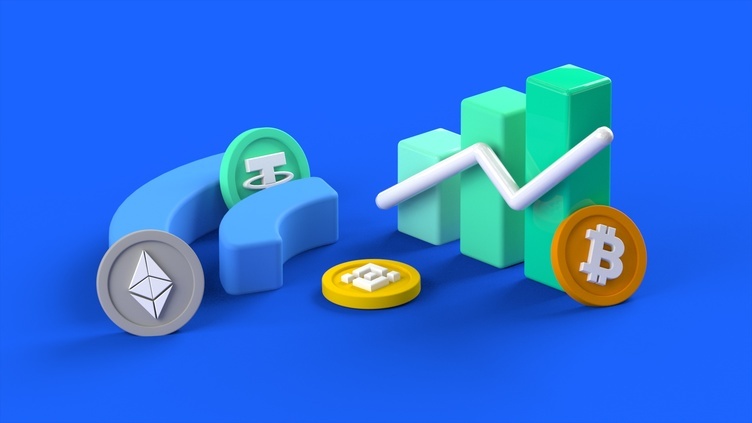 Ethereum (ETH) has been the second-biggest cryptocurrency in the world for years. However, the price has recently been going down quite a bit. Is the bull market over for ETH, or is it just a correction?

In this article, you will see an analysis of the charts of Ethereum. You will also see what the chances are for Ethereum to flip Bitcoin in terms of market cap. You might have heard of the flippening in the past. Is that even possible?

Ethereum/USDT on a Daily Chart

The trend is your friend.

And that works perfectly fine when accumulating or trading cryptocurrencies. A really solid indicator to see the trend is the exponential moving average (EMA) or, even better, a few EMAs combined. An EMA bases weight on recent price data in the form of average price.

When the EMAs are lined up (21/50/100/200 from top to bottom), the price seems to be in an uptrend. Because the lowest EMA 21) moves the fastest, it will adapt to price fluctuations sooner than the others.

If you had just bought the bullish cross in May 2020 and sold when things got bearish in May/June 2021, you would’ve made a 14X return on your investment simply by using EMAs and looking at the trend. That’s a great ROI (return on investment) in just one year.

You didn’t buy the bottom and sell the top —you simply rode the trend.

Right now, the EMAs tell us that the momentum is fading a bit, but from a bull standpoint, there is not too much to worry about yet.

In general, the price action of 2021 consists of higher lows and higher highs. You’ve got to be cautious if Ethereum loses the most recent higher low, in confluence with the 200 EMA. The higher low in September is also a really important level to hold.

ETH/USDT on a Weekly Chart

You might have noticed already that the weekly EMAs are in a bull trend and that the 21 EMA is really supportive in a weekly uptrend. The 21 weekly EMA is right now at $3,738.

Dips between the 21 and 50 EMA have been very lucrative “buy the dip” opportunities so far.

During the bear phase in 2018, Ethereum found brief support at the 0.236 and 0.382 Fibonacci levels, but only to bottom out the “low” later at the 0.5 Fibonacci (mid-point).
The negative extensions of these three levels could very well be future resistance levels, or maybe the points where Ethereum could top on a macro scale.

However, when you’re going to look at some possible targets in the future based on Fibonacci levels, you must first have a look in the past to see if these levels even worked earlier.

Fibonacci levels work because people use them regularly. They’re not specific to Ethereum — you can look at Bitcoin’s long history to see more evidence of how Fibonacci levels have acted. n fact, it seems like Ethereum is one cycle behind Bitcoin.

So, let's have a look at the first real Fibonacci cycle of Bitcoin here.

Back in 2015, did most traders know that when Bitcoin bottomed out at the 0.382 Fibonacci level, the currency would give them a 100X return less than three years later? Of course, they didn't! It would have been a crazy thought at the time.

What you can see, however, is that almost every Fibonacci level that gave support (albeit sometimes temporary) during the bear trend then provided resistance targets in the future.

The Fibonacci indicator is plotted from the bottom of early 2013 to the top later that year. The negative Fibonacci extensions gave possible targets, and Bitcoin managed to reach many of them

So, if you believe Ethereum is still in a bull trend and you search for future price targets, Fibonacci levels are a great tool to add to your arsenal.

In this article, you saw a technical analysis on Ethereum using only two indicators: Fibonacci levels and EMA.

Trading
Technical Analysis: BTC, ETH, NEAR, ADA, FTM and AVAX (Nov. W4)
Bitcoin continues the sideways movement as it has been unable to break the resistance at $18,500.
Oleh Phoenix_Ash3s
2 days ago
3m
Trading
Technical Analysis: MANA, SAND, RACA, STX and GALA Price Prediction (Nov. W4)
After the FTX collapse, let's see how metaverse and NFT tokens are performing!
Oleh Phoenix_Ash3s
2 days ago
2m
Trading
What Is a Grid Trading Bot and How to Use It?
Today, we discuss grid trading bots and how you can use them to your advantage.
Oleh Phoenix_Ash3s
3 days ago
7m
See all articles