Over the past 30 days, testimonials about Storybook Brawl have been "overwhelmingly negative" — with just 17% of 725 reviews saying something nice about the title. 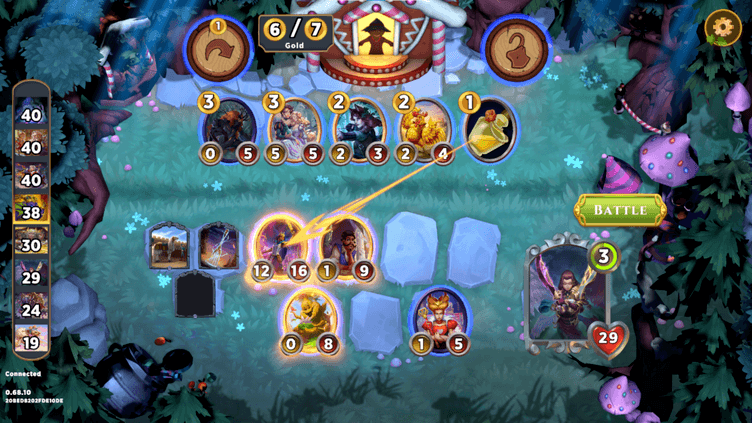 When the fantasy video game Storybook Brawl was first unveiled on Steam last summer, it had a flurry of positive reviews.

But all that has changed since it was announced the company behind Storybook Brawl, Good Luck Games, has been bought by the FTX crypto exchange.

The acquisition means Storybook Brawl — a card auto battle game that is yet to be fully released — will be part of the FTX Gaming brand.

Players aren't happy. Since the deal has emerged, the game has been bombarded with negative reviews on Steam by players who have a visceral hatred for crypto… and everything it stands for.

Over the past 30 days, testimonials about Storybook Brawl have been "overwhelmingly negative" — with just 17% of 725 reviews saying something nice about the title.

One gamer claimed that FTX plans to use the game "as a testbed for NFT monetization strategies." Another declared they were uninstalling Storybook Brawl because they didn't want crypto to make inroads into the gaming sector.

This reviewer lamented the rise of play-to-earn games and dismissed cryptocurrencies "as a solution to nothing," writing:

"I play games for fun experiences, social engagement, artistic presentation, and narrative depth. I do not play games to earn money, I work to earn money. When games become work I will move to games that are not work."

Others described the acquisition of Good Luck Games as "incredibly disappointing," and claimed it was a bad move on their part:

"The new NFT-centric business model will prevent me from ever coming back to this game. It doesn't even make sense with the game's aesthetic or mechanics, so whoever banked on this going over well with the community was out of their absolute mind."

The onslaught of negative reviews comes despite Good Luck Games insisting that "fun comes first" with Storybook Brawl — and any integration of NFTs would only be allowed if it enhanced the game for players.

FTX co-founder Sam Bankman-Fried was also enthusiastic, and said he and his colleagues "couldn't stop playing" Storybook Brawl when it was released:

"Outside of it being an incredibly fun game our whole office enjoys, with its highly engaging gameplay and free-to-play model, we saw an opportunity to be the vanguard for the ethical integration of gaming and crypto transactions in a way that hasn't yet been done in this space."

Gaming brands have suffered a fierce pushback after announcing plans to explore what NFTs have to offer. Back in February, Team17 made an embarrassing U-turn just 24 hours after unveiling a new range of Worms NFTs. A number of indie studios who produce games for Team17 had threatened to boycott the company altogether unless the sale was abandoned.
This has led other industry giants to take a different approach. Zynga — whose titles include FarmVille and Words With Friends — has confirmed that it plans to launch an NFT-based title in 2022, but has vowed that digital assets won't be integrated into any of its existing games.
14 people liked this article