SHIBA INU: Why This Price Gain Is A Good Sign For SHIB Holders?
Daftar Isi
A Vibrant Social Media Community
The Undeniable Dogecoin Effect
SHIBOSHIS: Shiba Inu’s NFT
Powerful Tokens in the Shib Environment
A Hope For Many Hodlers
Should You Buy The SHIB Token Now?
The Future Of SHIB Token Is…
Trading Analysis

SHIBA INU: Why This Price Gain Is A Good Sign For SHIB Holders?

Yes, we have another dive into Shiba Inu. Read more about what's new with the dog coin below. 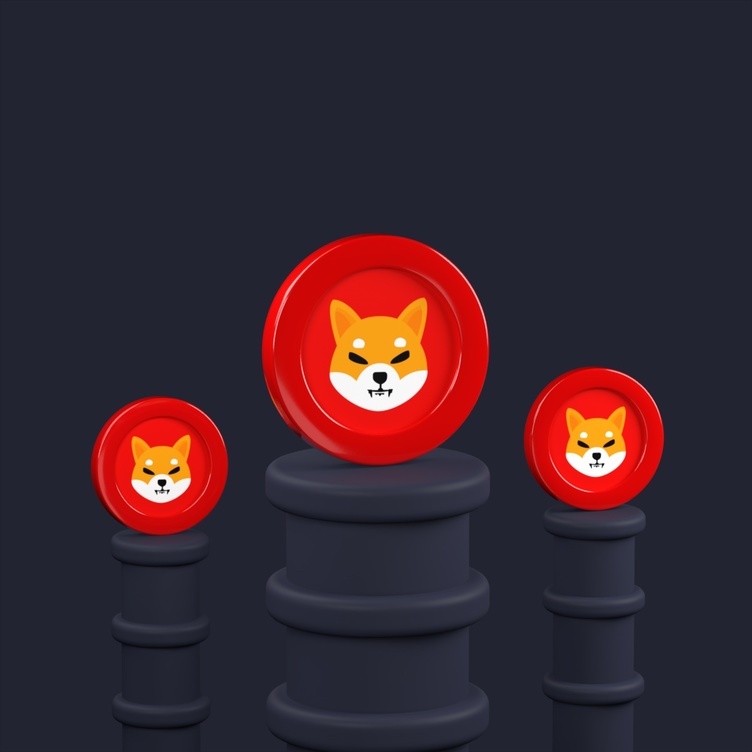 The dog meme-coin that is backed by millions of crypto holders, Shiba Inu (SHIB) experienced a major price gain a week ago as the second-ranked cryptocurrency exchange in the world, Coinbase, announced the SHIB token’s debut on its platform.
The SHIB token experienced a 35% price surge and the meme's coin market cap jumped from $2.3 billion to $3.5 billion in less than 24 hours. The SHIB token was trading at $0.000006613 before the official Coinbase announcement was made.
After the announcement, the price of the SHIB token surged to $0.00000946 and almost broke its 1-year all-time high of $0.00000978. From that point, a drop was expected and that is exactly what happened, and now the current price of the SHIB token is $0.000007089.
Many market analysts believe that the SHIBA token is not going to recover and reach any significant all-time highs because of its maximum token supply of 1,000,000,000,000,000. However, considering the 434,152.29% ROI given by the SHIB token since its inception in the crypto market, some crypto analysts still back the coin.

Here are some reasons why we believe this short-term rise of the SHIB token is just the start and good times are yet to come for the dog meme-coin.

There are many meme-coins in the crypto market; however, only a handful come close to the social media marketing tactics and the engaging community of Shiba Inu. It is a fact that among all the social media channels, Twitter has become the main hub for marketing cryptocurrencies, and often a viral hashtag of a cryptocurrency is all it takes for any digital currency to skyrocket.
The Shiba Inu token takes the lead in social engagement as compared to other meme coins, with close to a million followers on Twitter and a high rate of likes & re-tweets.
Additionally, the unofficial accounts on Twitter and groups on Telegram, Facebook and other social media channels are uncountable in their magnitude. With every dip, the Shiba communities urge their followers to accumulate the SHIB tokens and HODL until it reaches the moon.
With the listing of Shiba Inu (SHIB) on the Coinbase platform, a new life has been given to the meme-coin which was previously seen in a consolidation phase for a long time. The SHIB token dominated the trending charts on CoinMarketCap, Coinbase, and many other top crypto exchanges for a long time. Even after the price drop of Shiba Inu, social media networks are cashing in on the ongoing hype, which means that when the bull market starts, the SHIB token might see a record-breaking surge in price.

Dogecoin (DOGE) is backed (ironically or not) by the CEO of Tesla and SpaceX, Elon Musk. The multi-billionaire is sometimes referred to as “The Doge Father,” and this name suits him perfectly, considering his relentless backing of the DOGE token.
With over 60 million followers on Twitter, Elon Musk often endorses the DOGE token through a variety of methods, sometimes through a cryptic tweet, and other times through a meme.
Elon’s support for the DOGE token has taken the price of the dog-meme token to all-time highs, as it hit its all-time high of $0.7376 in July 2021.
Since DOGE is a canine-related meme cryptocurrency, similar digital currencies like the Shiba Inu (SHIB) also experience an increase in price when the DOGE token rises. This is also true whenever any canine-related tweet is shared by Elon Musk, with the recent example being Floki — Elon Musk’s new dog — which caused the price of Floki Inu to rise more than 1,000% in less than a week.
Are you seeing the pattern here? Elon Musk loves dogs and likes to name them after cryptocurrencies. For Shiba Inu holders, this is good news, as Elon likes Shiba Inus as well — we’re referring to the real dog breed of Shiba Inu, hunting breeds from Japan.

It is only a matter of time before Elon’s love for the DOGE coin can take it to the moon and Shiba Inu and other canine-related meme-coins are likely to follow it (not trading advice).

Open Twitter and hashtags about #NFTs are seen everywhere! Even in somewhat a bearish crypto market, NFTs continue to thrive and many crypto analysts have predicted them to multiply several times in popularity, as major artists have started to participate in the NFT world.
With Axie Infinity (AXS) leading the pack with over $1.1 billion in sales, NFT games like CryptoBlades (SKILL), AlienWorlds (TLM) and many others have thousands of active users every day with their NFT tokens increasing in price as the world of NFT expands at an alarming pace.
Considering this aura around NFTs, the creators of Shiba Inu are all set to launch the Shiboshis NFT, an ecosystem in which you can buy a variety of Shiboshis on Shibswap.
The launch of Shiboshis, which is a collection of 10,000 Shiboshis, could attract the ever-growing NFT community and the price of the Shiba Inu token could experience a major increase in the near future.

Powerful Tokens in the Shib Environment

Both LEASH and BONE have a specific role in the SHIB ecosystem, with the former offering attractive rewards to its holders, while BONE acts as a governance token that allows its holders to participate in the voting process of upcoming upgrades and features in the Shiba Ecosystem.

The combined fanbase and holding power of Shiba Inu, Doge Killer and Bone ShibaSwap tokens can help the price of all the tokens to experience a major increase in the near future if the craze around canine-related meme-coins continues to skyrocket.

A Hope For Many Hodlers

At the end of the day, the SHIB token is a big hope for all the hodlers out there. The online communities of SHIB token constantly remind everyone of the massive ROI and potential of Shiba Inu and to accumulate the token on every major dip. The SHIB token changed the lives of many people, like these two brothers who became multi-millionaires after investing a small amount of money in the token as a joke. There are many stories like this and the SHIB holders dream to have luck on their side as they accumulate billions of SHIB tokens in a bid to reach the moon one day!

Should You Buy The SHIB Token Now?

As of now, the price of the SHIB token is trending at $0.000007089. After falling from the $0.00000951 mark, the SHIB token has consolidated nicely and this trend is likely to continue. However, the crypto market is currently volatile and somewhat in a bearish trend, courtesy of China who banned cryptocurrencies (again) in their country. Bitcoin is hovering in the $40,000 to $44,000 range, and its potential fall or rise will also decide the short-term fate of the SHIB token and many other cryptocurrencies.
Right now, it is advisable to use a variety of technical indicators before making a buying decision. However, a better alternative is to wait for the market to become stable, as that is when a concrete buying decision can be made.

The Future Of SHIB Token Is…

A tricky question that everyone asks all the time.

With many crypto analysts downplaying the potential of the SHIB token due to the high number of token supply, there are others who still believe that the glory days of this meme coin are yet to come. However, one thing is for certain, the SHIB token is a long-term hold as it will take a significant amount of time to deplete the massive token supply. However, if Bitcoin (BTC) touches $100,000 before the end of 2021, Shiba Inu holders can expect a massive increase along with the majority of the altcoins.
This article contains links to third-party websites or other content for information purposes only (“Third-Party Sites”). The Third-Party Sites are not under the control of CoinMarketCap, and CoinMarketCap is not responsible for the content of any Third-Party Site, including without limitation any link contained in a Third-Party Site, or any changes or updates to a Third-Party Site. CoinMarketCap is providing these links to you only as a convenience, and the inclusion of any link does not imply endorsement, approval or recommendation by CoinMarketCap of the site or any association with its operators. This article is intended to be used and must be used for informational purposes only. It is important to do your own research and analysis before making any material decisions related to any of the products or services described. This article is not intended as, and shall not be construed as, financial advice. The views and opinions expressed in this article are the author’s [company’s] own and do not necessarily reflect those of CoinMarketCap. CoinMarketCap is not responsible for the success or authenticity of any project, we aim to act as a neutral informational resource for end-users.
1 person liked this article