Naomi Osaka: Tennis Star Teams Up with FTX — and She's Getting Paid in Crypto, Too

The 24-year-old is becoming a global ambassador for FTX — and she's going to take an equity stake in the exchange, too. Her mission is to get more women into crypto. 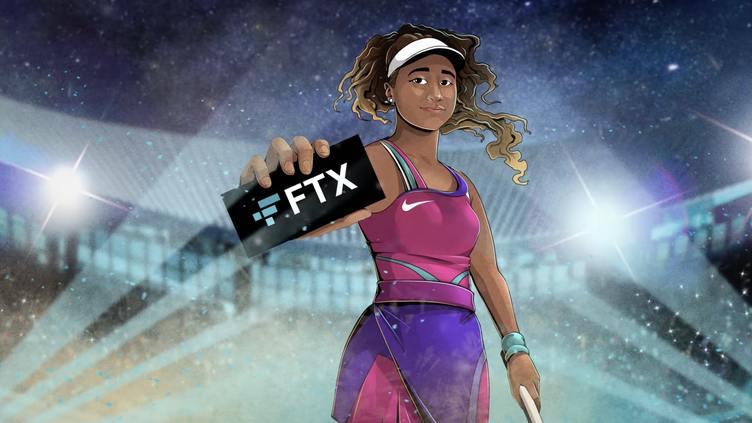 One of the world's best tennis players has become a global ambassador for FTX — and has the goal of getting more women to start investing in crypto.

Naomi Osaka will receive an equity stake in the exchange as part of the long-term deal… and she's going to be paid in crypto, too.

The 24-year-old — who is a four-time Grand Slam singles champion — is the latest A-list athlete to partner with the trading platform, joining the likes of legendary NFL quarterback Tom Brady.

Osaka will be directing and producing content in association with FTX, and it's hoped she will reach a global audience given her Haitian and Japanese heritage. In a news release, the athlete added:

"We have seen the statistics about how few women are part of crypto by comparison, which kind of mirrors the inequality we see in other financial markets. Cryptocurrencies started with the goal of being accessible to everyone and breaking down barriers to entry."

FTX's branding is also going to become increasingly visible to tennis fans, as the exchange's logo will now feature on the kit she wears at tournaments — beginning with the Miami Open.

The crypto exchange's founder, Sam Bankman-Fried, hopes that Osaka will help his company educate groups who may be reluctant to embrace Bitcoin, adding:

Osaka confirmed her involvement by tweeting a glitzy new FTX ad to her 1.1 million followers. It shows the tennis star competing in a comic strip — and over dramatic music, she says:

The video then cuts to a boardroom full of marketing executives talking about the ad in a tongue-in-cheek way — and discussing other ideas… including Osaka heading to the moon. An idea to have a QR code bouncing around the screen (a clear nod to Coinbase's Super Bowl spot) is dismissed for being "boring."

They settle on letting Osaka speaking for herself — and play a mock-up of the tennis ace giving an interview to a news channel where she says:

"I'm Naomi Osaka and I'm proud to partner with FTX. Making cryptocurrency accessible is a goal that FTX and I are striving towards."

The ad ends with the tagline: "Naomi is in. You in?"