A grand total of 51,500 copies were sold in the first week — and while this is more than the other nine albums in the top 10 combined, the NFTs represented just 1.96% of British sales. 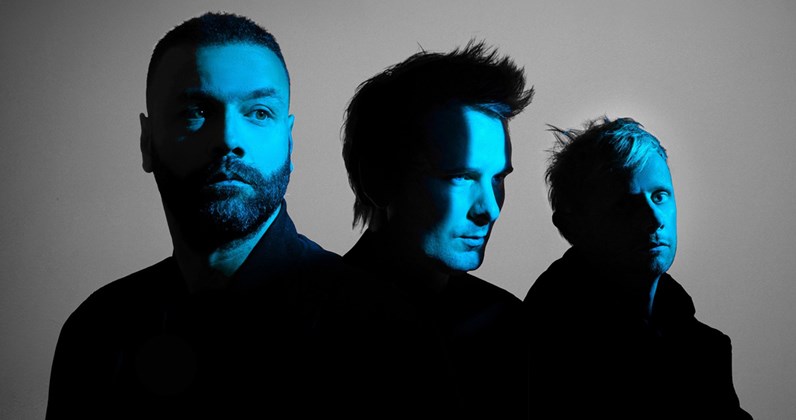 Muse have made history after becoming the first band to top the U.K. charts with an NFT album.

Will Of The People was made available as a limited-edition "digital pressing" — alongside streaming, downloads, vinyl, CDs and cassettes.

But it's a bit misleading to say that the success of this album rests solely with the non-fungible tokens. A grand total of 51,500 copies were sold in the first week — and while this is more than the other nine albums in the top 10 combined, the NFTs represented just 1.96% of British sales.

Success was almost certain for Muse, not least because they've had six #1 albums in the past.

Nonetheless, it does show that NFTs are gaining momentum in the music industry — with Aitch also releasing a digital pressing recently. The metaverse also featured prominently at MTV's Video Music Awards last week, with Eminem and Snoop Dogg (along with their Bored Apes) giving a live performance.

Just 1,000 copies of Muse's "digital pressing" were made available around the world — and they were accompanied by some pretty exclusive perks.

The album art was different to the commercially available covers — and the downloadable version of the record boasts high-resolution FLAC files that were digitally signed… the 21st-century equivalent of an autograph.

NFT albums first secured eligibility for inclusion in the United Kingdom's official charts a few months ago — and officials believe they'll become an enduring feature within the music industry in the years to come.

Matt Bellamy recently revealed that Will Of The People was produced after the band's record label asked them to release a greatest hits album. Instead, they told the story of their career through brand-new songs. Explaining why, the frontman told The Guardian:

"It seems a bit like the end when you do a greatest hits. And I just don't know if we've got enough hits. We're not really a pop group."

What are Muse's NFTs Worth?

While there's no denying that snapping up one of Muse's NFTs is more expensive than buying the album outright — or streaming it on Spotify — the actual value of one of these digital collectibles might surprise you.

Data from OpenSea shows the current floor price stands at 0.07 ETH — about $108 at the time of writing.

The digital pressing was produced in conjunction with Serenade, which describes this format as "a new way to experience music that unites artists and fans through a collectible format," adding:

"Pressings include full length audio, artwork, inclusion in the intimate community of owners, as well as the option to redeem unlockable rewards."

In an attempt to reach as many music fans as possible, Serenade says that it also allows fiat payments alongside crypto — and while the company admits some NFTs are bad for the environment, it says it's taken steps to address these concerns.

"Our NFTs are minted on the eco-friendly blockchain Polygon, the blockchain of choice by Twitter, Meta and Disney. Using Polygon allows us to proudly say that you would have to produce 197,000 pressings on Serenade to equal the carbon footprint of a single 12-inch record. That stat never gets old — unlike climate deniers."

Crypto News
FTX Asks To Subpoena Sam Bankman-Fried, His Family and Top Lieutenants
The executives and lawyers seeking to unwind FTX's abysmally recorded assets have complained that they are getting no cooperation.
Oleh Leo Jakobson
2 days ago
3m
NFTs
NFT Contest in Nike's Web3 Venue .Swoosh Offers Designers Access and Royalties
The virtual sneaker design contest will pair winners with Nike designers to create virtual kicks that could be dropped with its first NFT drop.
Oleh Leo Jakobson
2 days ago
2m
Crypto News
FBI Hacks Hive Ransomware Gang, Saving 300 Victims $130M
The FBI infiltrated the Hive network in July, stealing decryption codes for some 1,300 old and new attacks, as well as contributing to a sizable drop in ransomware payments in 2022.
Oleh Leo Jakobson
2 days ago
4m
See all articles