Frosties NFTs: 20-Year-Olds 'Defrauded Investors out of $1M' — and Arrested Days Before Next Drop
Daftar Isi
Cracking Down
NFTs

Frosties NFTs: 20-Year-Olds 'Defrauded Investors out of $1M' — and Arrested Days Before Next Drop

Ethan Nguyen and Andre Llacuna were on the brink of launching another set of NFTs called Embers — and estimates suggest this would have generated another $1.5 million in proceeds. 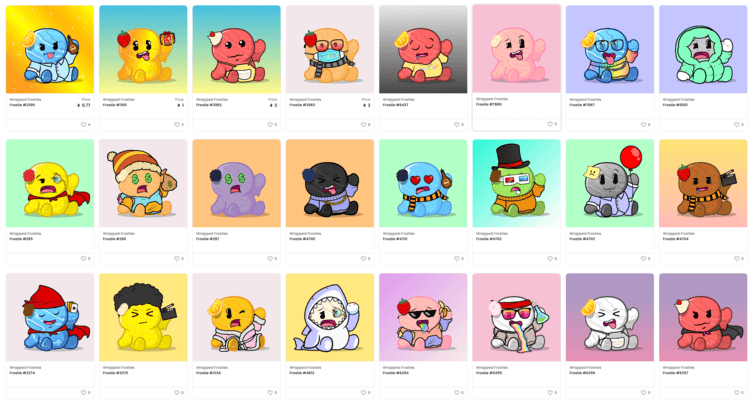 Two men have been charged with defrauding NFT investors out of $1 million — and were arrested as they planned to strike again.

But those who bought these NFTs didn't end up receiving any of the perks they were promised — and instead, Nguyen and Llacuna were accused of "transferring the cryptocurrency proceeds of the scheme to various wallets under their control."

According to the U.S. Department of Justice, the pair were on the brink of launching another set of NFTs called Embers — and estimates suggest this would have generated another $1.5 million in proceeds.

Llacuna was known by the username heyandre, while Nguyen had a number of aliases — including Frostie, jakefiftyeight, Jobo, Joboethan and Meltfrost.

An investigation was commenced after those who bought Frosties complained to the Internal Revenue Service and the Department of Homeland Security that they had fallen victim to a rug pull — where creators receive investment and abandon a project while keeping the cash.

It's claimed that Nguyen and Llacuna abandoned the Frosties project just hours after the NFT sale was completed in January 2022 — and their next project, Embers, was scheduled to launch on March 26.

NFTs have witnessed an explosion in popularity over the past year or so — and this is one of the first times that the U.S. Department of Justice has launched criminal prosecutions against opportunists who are looking to cash in on the craze.

U.S. Attorney Damian Williams noted that mainstream interest has skyrocketed recently, and said prosecutors are determined "to protect investors from swindlers looking for a payday," adding:

"Where there is money to be made, fraudsters will look for ways to steal it. As we allege, Mr Nguyen and Mr Llacuna promised investors the benefits of the Frosties NFTs, but when it sold out, they pulled the rug out from under the victims, almost immediately shutting down the website and transferring the money."

And Thomas Fattorusso, a special agent-in-charge at the IRS, warned that — even though NFTs "represent a new era for financial investments" — they still fall under the same rules as other instruments:

"You can’t solicit funds for a business opportunity, abandon that business and abscond with money investors provided you. Our team here at IRS-CI and our partners at HSI closely track cryptocurrency transactions in an effort to uncover alleged schemes like this one."

The Department of Homeland Security noted that the popularity of NFTs "has not only drawn the attention of real artists, but scam artists as well" — and noted that these collections are often run by creators who conceal their real names:

"The arrested thieves allegedly hid behind online identities where they promised investors rewards, giveaways, and exclusive opportunities before implementing their ‘rug pull’ scheme — leaving investors with empty pockets and no legitimate investment."

Overall, investors are being urged to remain vigilant when considering whether to invest in crypto collections:

"These assets may seem like a good deal or a way to become wealthy, but in many cases, as in this situation, only lead to the loss of your money."

Victims who invested in Frosties NFTs are being urged to email paul.nugent@ice.dhs.gov, as officials are attempting to reunite investors with some of their lost funds.

After news of the arrests emerged, a community account for the NFT collection tweeted:

"Justice has been served Frostie Fam. All of us on Community Staff are overjoyed at the news that two people have been arrested for the rug pull we all endured back in January. More to come… we are hopeful for some restitution!"

NFTs
Binance to Make Another Bid for Voyager Digital — And Unveils $1 Billion Crypto Recovery Fund
"As a leading player in crypto, we understand that we have a responsibility to lead the charge when it comes to protecting consumers and rebuilding the industry," CZ says.
Oleh Connor Sephton
2 days ago
3m
NFTs
Amazon Plans Eight-Episode Drama on FTX's Collapse
Given how it's a tale of billions of dollars vanishing overnight — with drugs and sex in a Bahamas penthouse thrown in — the show could end up being a gripping watch.
Oleh Connor Sephton
2 days ago
2m
NFTs
New York Times Criticized as It Confirms Sam Bankman-Fried Will Appear at DealBook Summit
The New York Times had already attracted the ire of crypto enthusiasts for what was regarded as an overly sympathetic interview with Bankman-Fried following FTX's collapse.
Oleh Connor Sephton
2 days ago
2m
See all articles