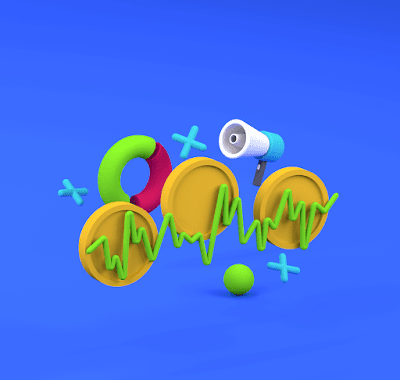 After the great futures and options delivery on Mar. 26, the digital asset market quickly recovered. As of 11:00pm on Apr. 1, the price of Bitcoin had rebounded above the $60,000 line, while the price of Ethereum broke through the $2,000 again. At present, the total market value of the all-digital asset market has reached $1.93T.
In the context of mainstream digital assets, the performance of related tokens on the non-Ethereum public chains and the non-transactional chains is even more prominent, with a rise of 50% in general, continuing to lead the market in the near future. However, the short-selling attack encountered by Filecoin indicates that the anti-risk ability of non-mainstream currencies is relatively weak, and for inexperienced investors, it is still necessary to think more closely.

After Delivery: Neutralization of the Mainstream Currency Market

Mar. 26, the "Great Delivery Day", is considered an important day for both the traditional market and the digital asset market. The settlement of futures and options for the first quarter ends on the same day, and the allocation of futures and options for the next quarter also begins at this time. Before and after the settlement of derivatives, the price of the underlying asset often fluctuates sharply. Take Bitcoin as an example; at the beginning of the delivery, the price reached a low point below $52,000, and then rose back to the pre-delivery level ($60,000 line) within a week.

Despite the large price fluctuations, the direct impact on the market is still minimal: from the perspective of historical volatility, the historical volatility of spot and futures is still steadily declining, indicating that the general market view has not been affected, and the failure of the organized short in March further proves that the anti-risk ability of mainstream digital assets is increasing on the daily, strengthening market confidence.

From the perspective of market volume and skewness, the mainstream currency market is also in a "neutralized" state. The low volatility of Bitcoin options skewness between 0-10 indicates that the market is not responding to the current macro situation. A similar sentiment is also reflected in the trading volume: after the end of the "Great Delivery Day," the trading volume of Bitcoin spot and perpetual contracts has declined by about 15%, while the volume of Ethereum has changed within 5%, similar to last week.

As mainstream digital assets gradually become stable, the hedging properties of mainstream assets such as Bitcoin are gradually being brought into play. For speculators, unless leverage is used, the existing profit margins can no longer meet their needs, and the use of leverage also may magnify the risk to an unacceptable level. As a result, short sellers and speculators began to turn their targets to non-mainstream digital assets.

This week investors made heavy bets on non-Ethereum public chain and non-transactional chain applications (cloud storage, cloud transmission, Internet of Things). Holo leads the public chain tokens. Nervos Network, Solana, ICON, KLAY and even established projects such as TRON and EOS have achieved a considerable increase of more than 50%; non-trading chain application projects Filecoin, Bittorrent and Helium performed more prominently. The current market value has reached $12.824B, $5.667B and $1.056B respectively, with an increase of over 70%.

It is worth noting that Filecoin, the cloud storage project on the chain, experienced huge price fluctuations this week. Beginning on Mar. 30, the price of Filecoin began to rise, starting from around $125, reaching a peak of around $230 at a time, nearly doubled, and then turning down and fell to around $190 within a few hours.

In this volatility, the Huobi and Binance exchanges have become the "base camps'' of both the long and the short. According to relevant data, on Apr.l 1, within 24 hours, the trading volume of Filecoin token FIL on the Huobi exchange alone reached $3.688B, surpassing the trading volume of ETH by nearly three times, and it was concentrated in shorts. In the Binance exchange of China, due to the use of leveraged trading by many speculators, a large number of liquidations occurred, with a turnover of $1.968B.

In the early morning of Apr. 2, UTC+8, the price suddenly dropped from a high level, and many parties also experienced a large number of liquidations. According to Wu Blockchain's disclosure, the amount of multi-party liquidation in FIL-related contracts reached $228M, even higher than Bitcoin's $177M. Mining-related people believe that it may be a large number of overseas investors who have liquidated the market, or it may be that miners choose to ship goods to make a profit in order to reduce the amount of pledge deposit.

The game between the two sides continues. As of 5:30 on Apr. 2, the combined FIL perpetual contract and spot trading volume on Binance has exceeded $6B, and on Huobi, the total volume of FIL-related transactions is also comparable. According to Wu Blockchain’s disclosure, the miner group mainly trades on the Huobi exchange, but more institutions and speculators operate than the Binance exchange. In the Huobi exchange, FIL’s 30-day lending rate (similar to financing/selling Interest rate) has reached an unprecedented 58%.

The influx of speculators has further increased the related transaction risks of non-mainstream digital assets. However, this is also a sign of the further development of the digital asset market: the division of different sectors similar to the stock market has gradually formed, and investors and speculators who have poured into non-mainstream project tokens are reassessing those who were once deemed "worthless.”

Blog
All-Time High, Don’t Think, Feel. Weekly Market Review by TokenInsight
Bitcoin hits a new all-time-high, finally. One small tick for the price, one giant leap for the crypto market.
Oleh TokenInsight
1 year ago
6m
Trading Analysis
Trading 101: How to Read and Analyze Candlestick Chart Pattern in Day Trading
Ask any professional stock or cryptocurrency day trader about the most powerful weapon in their arsenal, and their answer will usually be short: candlesticks.
Oleh Werner Vermaak
10 months ago
7m
Blog
Participate in the 222 NFT MagicCraft (MCRT) Airdrop on CoinMarketCap
CoinMarketCap users have the chance to win up to 1 NFT.
Oleh CoinMarketCap
1 month ago
2m
See all articles